I knew a fellow soldier whose head the ISIS cut off

Battle-wise soldiers back from the Syrian war were sitting opposite me, and we all felt ill at ease. The three veterans because they did not feel comfortable sitting on the couch that served as the spectacle of the apartment. I, on the other hand, did not understand why the soldiers who have combated the Islamic State were not telling stories about their experiences on the battlefield.

We were in Iran, where it is not easy for me to meet soldiers that had previously served in Syria. That is because Iran is reluctant to display the fact that it sends soldiers to the assistance of Assad's dictatorship. After I had strained myself to find three soldiers who were willing to talk about what they had lived through, I was not interested in rhetorics charged with religious zeal. 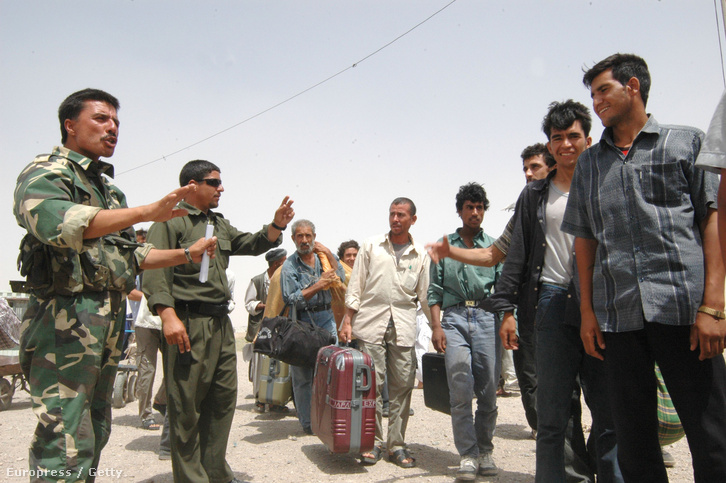 Especially not, since there was another twist in their story: the soldiers fighting for Iran's power interest were not Iranian but Afghan refugees. But soon it turned out that piousness had a lot to do with war.

“My faith made me join the military,” explained Ali, the owner of the apartment. ”The Daesh (that is what the ISIS is called in the East) wanted to destroy the sacred grave of Zeinab; that was what I wanted to defend.” (Zeinab was one of Prophet Muhammad's granddaughters. Her grave is an important place of pilgrimage for Shiites.)

But it was no use trying to change Ali's record smoothly and, hoping for a wartime story, turn to the thirty-odd-year man squirming beside him. He also talked about the trip as though he had gone on a pilgrimage rather than a shooting to kill.

“I went to Syria on a pilgrimage seven years ago, in the days of peace, and I saw the sacred places with my own eyes. Then it was on TV what the Islamic State was doing to our temples, and I wanted to keep them from doing it. The Daesh has nothing to do with Islam, they only took the flag out of the religion. Faith is a mask for them, actually they only want to ruin things. That is what I wanted to stop."

A gentleman in his fifties, sitting at the other end of the couch had also joined the military to save a holy man's grave. “News were spreading everywhere about that saints' graves were in danger and that we had to defend them.”

I could not help gawking. What could possibly make these men go to war to fight for Iran's interests? All the three of them were Afghan people, living in Iran as second-rate citizens. Their daily life was not defined by Persian pride but fear that the government on whose behalf they were fighting could deport them along with their families at any time.

I the previous article I had the opportunity to see, as the guest of an Afghan family, the defenselessness and indignity in which the Iranian state keeps the Afghan people from within. Then why do they sacrifice their lives in the service of the oppressive power? However, my seemingly logical questions my interviewees met with incomprehension. “They were desecrating holy graves,” the middle-aged Mohamad explained.

The warriors of the Daesh took the buried saint's body out of one of the graves. But it was as intact as if he had died only yesterday. Totally undamaged! No matter he had been buried 2100 years ago

- he told as an explanation. I looked at my interpreter baffled, but he only shrugged, so I tried to cut across the mystical jungle on my own. How did they know that the graves were in danger, and that saints were unearthed?, I asked.

“Everybody was talking about it. You could also hear stories like that on TV,” said Ali. Mohamad explained it as if I was handicapped. “There were plenty of programs on their destroying sacred places, and the miracles, and that if you were a Shiite, you had to help. It was going on everywhere across the country”, said Ahmet, the man in his thirties, who resembled an IT manager. By then, he had been sitting on the carpet like Afghan people do, only propping his back against the couch. 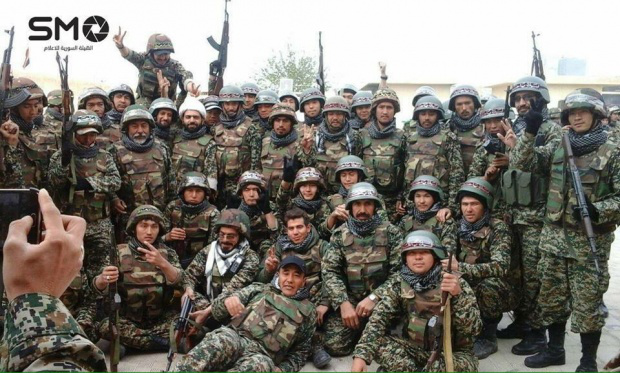 I found that the story was getting clearer, and that made me start feeling uncomfortable. My dark premonition was reinforced when we started talking about recruitment.

“Recruiting officers visited people at home in their apartments.” “They weren't Iranians, they were Afghan people.” “They didn't wear uniforms. Maybe they weren't even soldiers but people who could talk eloquently.” “And these days they call on men in the mosques.” All the three men had been sitting on the carpet by then, and they gave the word to each other. Then all of a sudden, the older veteran made a soberingly clear assessment:

The Iranians knew how religious we were, and now they are turning that against us.

There was a moment of silence, and I was at loss to make out how this soberness came right after piousness, and they must also have been shocked by the recognition. I should have been a psychologist not to be surprised by the next wild turn. That was because Mohamad carried on: “Of course, we went to fight, we could only win on this war. If we die, we go to paradise and become saints. If we survive, we've defended the graves.”

I did not let the sticky religious sugar strings tie us up again: “Did they promise anything else apart from your getting to paradise when they were recruiting?

The Hazaras: the people that fled from Afghanistan

The majority of Afghan people who have fled to Iran and Europe belong in the Hazara ethnic group. This group, which makes up 10-20 % of the population, is not only smitten by the general problems – war, terrorism, unemployment – of Afghanistan. The Hazaras are also exposed within their own country to persecution, because they are Shiites in a country of a Sunni majority.

Their language is Dari, which is very similar to Persian. Their looks are also different from those of the majority: their Mongoloid features make them easily recognizable. The territory of the Hazaras in central Afghanistan is the least developed area of the country. They are frequent targets of terrorist attacks, everyday aggression, and it is hard for them to find work outside Hazara areas.

“I was offered a residence permit and money,” said Ahmet. “And I got them, now I'm already legally in the country.” When I asked about the money, he looked at me like he did not understand: “I spent four months at the front, during that time they were paying to my family. We'd got a bank card, the money was put on that every month. Since I'm at home, there has of course been no payment.”

I was shocked by two pieces of information at the same time. It turned out that these soldiers all had families, children, and yet they had agreed to go on the life-threatening mission. On the other hand, it was the highest level of pettiness that the Iranian state gave simply as much money as to keep the family from starving while the man was away from home. The pay is exactly as much as they would make as untrained laborers, or agricultural laborers. Maybe they calculate in the wage the forthcoming five-star catering in paradise.

There was only one moment when the men felt that Iran was abusing their naivety, when our host proudly told us that he had been wounded and had been on crutches for three months, despite of which he had still been receiving his wage.

“I agreed that when I recover, I'd go back to Syria. I'm sure I'll get the pay until the end of that action,” my host smiled. I carelessly mentioned that elsewhere in the world wounded soldiers get veterans' pension for the rest of their lives. I read it on their faces that they had not even heard about such a thing.

Two of them mentioned that since they had previously got the residence papers they did not actually get anything for their services. Seeing their embarrassment, I turned to talk about something else.

Ten people died in an instant

Are there a lot of Afghan men in the Syrian troop?

As a response, the men I was talking with began an animated conversation that my interpreter translated in broad outlines.

One man's cousin, the other's uncle, son-in-law, or neighbor fought in Syria. All of them were in immediate contact with the Afghan people sent to the war. Then, it slowly turned out that in Syria, troops of exclusively Afghan people had been fighting under Iranian flags since 2013, and Iranian soldiers had not appeared among them until very recently.

“Were you not afraid to get into such dangers?”

“If you go to Syria, anything can happen to you,” said the wounded Ali without any kind of pathos.

Many died in my troop. I knew a fellow soldier who got his head cut off. I remember an attack: ten people died in an instant.

“There is a cemetery here”, looked the IT-looking man towards the window. “There are only Afghan people killed in Syria there.”

Meanwhile, outside a dust storm started, the curtains began to flap. We jumped up to close the windows, and a sudden silence fell on the room. I tried to say something positive. 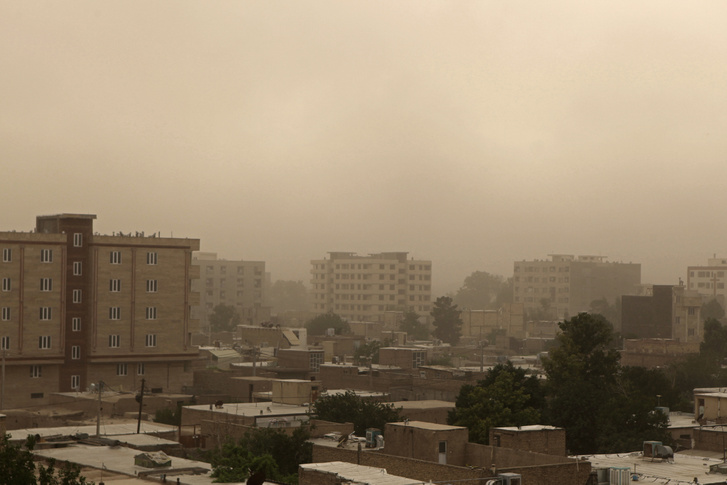 “But your missions were successful, weren't they? Did you retake the grave?” I asked awkwardly, since they had talked about so many sacred graves. Mohamad spread his arms and turned helplessly to the others: “Were they successful?” “Of course, very successful. Weren't they?” - Ali said quickly.

Why have Afghan people lived in Iran for decades?

Generations have grown up in Afghanistan not knowing what it is like to live without war. Afghan people have kept fleeing from the endless uncertainty of existence and ethnic fights since the 19980s, hoping to find shelter in the neighboring Iran. We spent one week in an Iranian town inhabited by Afghan people, so that it could turn out among fake Massimo Dutti shoes what it is like to live as second-rate citizens in Iran.

“I was on a bus and a policeman got on, he checked my identity, and since I had no paper, I was at once taken to the Askarabad camp. No matter that I told them that my wife and child were waiting for me and that I had been living here for 13 years. They allowed me no more than to call them on the phone. My wife brought money because in the camp I had to pay for my food too, along with the cost of the deportation. It cost 2 million rials (63 dollars) to take me back to Afghanistan. My wife brought all the money we had at home. I spent two weeks in Afghanistan, and in the end I was smuggled back to Tehran for 800 dollars.”