Dull Szabolcs
Dezső András
Translation: Zoltán Kovács
2018.11.19. 15:48
Today's session in the Hungarian Parliament saw numerous inquiries addressing the asylum request of the convicted former Macedonian Prime Minister Nikola Gruevski. Few were answered, and the legal explanation for why he is not detained in a transit zone does not check out.

As expected, almost all of today's questions concerned the former prime minister of Macedonia who fled to Hungary escaping his Macedonian jail sentence. 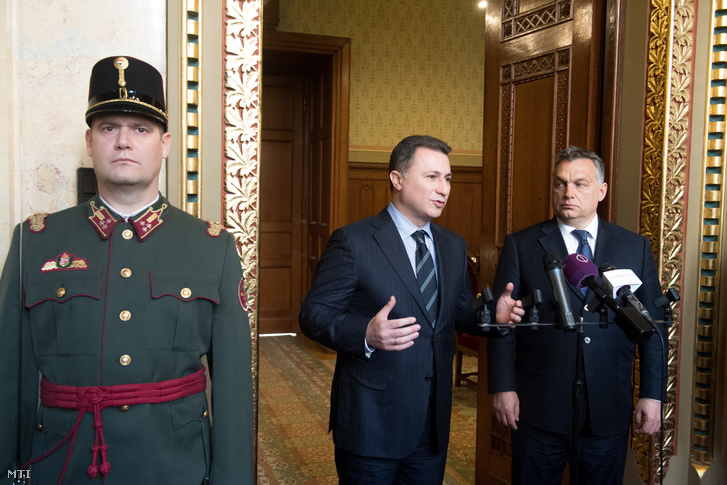 Balázs Orbán, the state secretary of the Prime Minister's Office answered the inquiries confirming that Gruevski indeed applied for asylum and he previously gave notice of that intention at a Hungarian embassy. Similar to the Chief of Staff's earlier statements, the state secretary did not fail to omit the information regarding the country where this embassy is. Concerning the people transporting Gruevski to Hungary, he said that Hungary did not help Gruevski leave Macedonia, but the secretary did not talk about Gruevski's transportation across Albania, Montenegro or Serbia. According to the state secretary, Gruevski had the right to seek asylum and had the right to enter Hungary and get his case heard.

Regarding why Gruevski is not detained in the transit zones with all other asylum seekers, the state secretary cited a passage of the Asylum Act that exempts a "person in need of special treatment" from being detained in the camps next to the border. The Government regards Gruevski as such because he was a prime minister for ten years.

However, the cited law defines the technical term "person in need of special treatment" as any person who is - upon individual examination - found to have special needs, and it goes on with an exemplifying list of situations warranting such a status:

"unaccompanied minors or defenceless people - especially minors or elderly people, people with disabilities, pregnant women, single parents with minors, or those who sustained torture, rape, or any other severe form of physical, psychological or sexual violence."

It is, of course, arguable that a convicted former prime minister would have a need for special treatment, but it is clear that the cited section was not made primarily for this purpose.

The other problem with the reasoning above is that as of now, Hungary is officially experiencing a "state of crisis caused by mass migration", a special legal order introduced by Fidesz that was prolonged in September by Viktor Orbán himself.

During this state of crisis, the application of certain regulations is suspended, one of which is the section cited by the state secretary, which is the reason why there are unaccompanied children, pregnant women, disabled people currently detained in the transit zones.

This article is a summary of the two original Hungarian articles published by Index.