The mistery of the heartless Hungarian mummy

One of the Hungarian mummies presented at the "Mummies of the World" exhibition at Komplex in Budapest has a 15-centimetre incision on her chest. 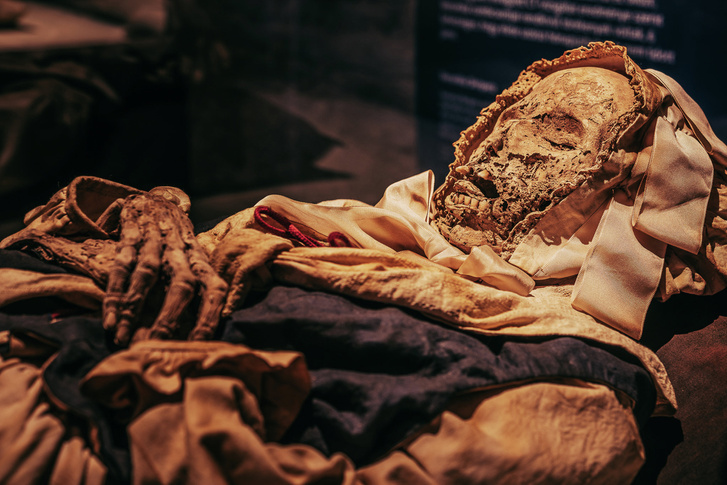 The lady's body was discovered in one of the forgotten crypts of the Church of the Whites in Vác. Terézia Waitzenbach died at the age of 72, and her heart was removed after her passing, then her chest was filled with wood-shavings.

Ildikó Pap anthropologist, the curator of the exhibition said that the researchers examining the 300-year-old mummy are still trying to determine why the operation took place.

"One of the possible solutions is the fear of premature burials. At the end of the eighteenth, the beginning of the nineteenth century, medical sciences were only at the early stage of development, being buried alive was a real threat. The worries of "apparent death", the thought of waking up one day in a coffin under the ground prompted many to include a specific instruction in their wills to have their heart removed or stabbed through before burial, to make sure that they are actually dead."

Ildikó Pap suspects that Terézia Waitzenbach's heart is missing for a different reason. "Back then, the lack of proper cooling technology, bodies could not be transported, therefore they were buried where they died, while the heart was taken back to the homeland of the deceased in a sealed urn. This was more common amongst wealthy families" she said.

Komplex in Király street Budapest is hosting the exhibition featuring human and animal mummies borrowed from museums, universities, scientific organisations and private collections from all over the world. Terézia Waitzenbach's mummy will be on display until 20 January 2019.

This article is a translation of the original published by Index in Hungarian.