Once again, several thousands of people protested Hungary's government in Budapest on Friday night.  The series of protests were sparked by the two laws passed by Parliament last Wednesday on the scandalous session characterised by the whistles and sirens coming from opposition MPs. Today's protests come after President János Áder signed both the Overtime Act and the law establishing the new administrative courts overseen by the Minister of Justice.

Friday's events began with the tongue-in-cheek National Christmas Peace Rally organised by the satirical Hungarian Two-tailed Dog Party (MKKP). The crowd started and finished their march at Kossuth square, speakers mocked the rhetorics of Fidesz by sarcastically expressing their gratitude for the government's actions, since as their Facebook event read, there is much to be grateful for:

"People finally get to work eight days a week, the independent judiciary will no longer be a nuisance, the homeless and the annoying foreign universities are gone, and Soros, Soros, Soros."

Today there were protests in Tatabánya, Székesfehérvár, and Dunaújváros as well. 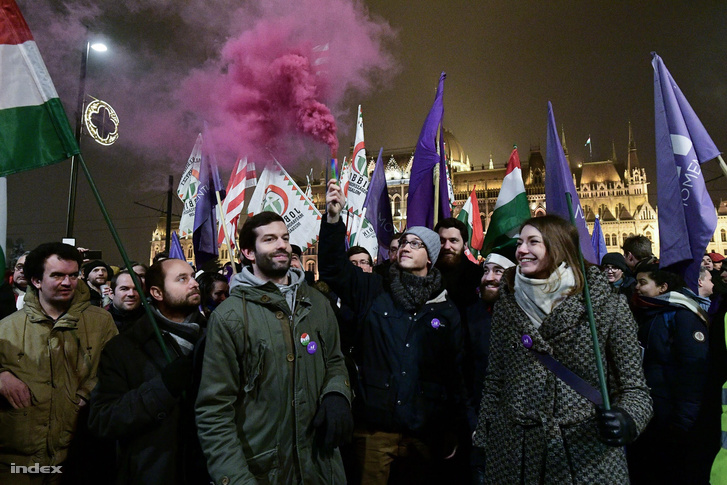 MKKP's march was followed by another march from the Parliament. This time, the organisers were Hungarian trade unions, civilians, and all of the opposition parties.  The crowd walked all the way to János Áder's presidential residence, the Sándor Palace. The speeches commenced after the approximately 5000 protesters filled the square in front of the building. All of them emphasised that this is only the beginning of the protests. 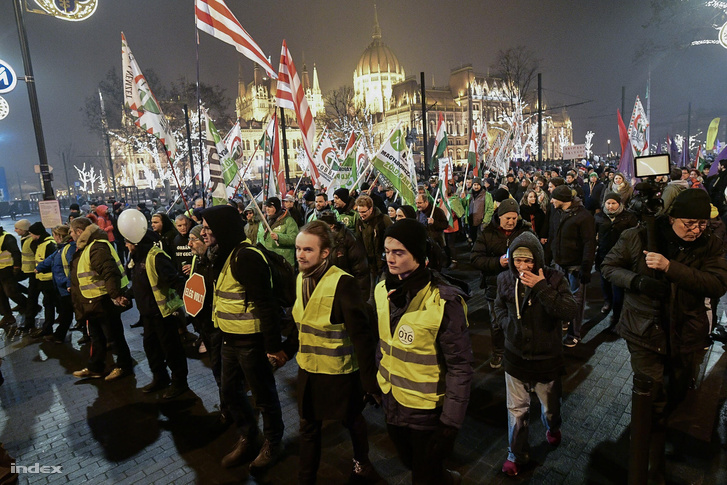 After the speeches, the organisers asked people to leave the square peacefully and go home. Some threw toilet paper towards the building shouting "Sign this, János," later a smoke grenade and a couple of bottles were thrown amongst the police, but the generally peaceful crowd more-or-less dispersed by midnight.