Fidesz managed to effectively derail work in the already battered National Security Committee in the year that saw the highest number of scandals connected to national security in a long while. An Israeli private intelligence company meddling with Hungarian NGOs, an influx of shady figures with the government's residence bond program, and the Hungarian state's assistance provided for the Russia-friendly Macedonian ex-PM in fleeing justice would all necessitate actions of the National Security Committee, but legislative control seems to be paralysed.

While pundits are arguing whether or not democracy is still alive in Hungary, the very thing marking rule of law's end played out right in front of us in 2018:

The parliamentary control over domestic secret services and national security cases in connection with the governing elite basically ceased to exist.

In order to understand the importance of this development, we have to look back at the regime change of 1989. The communist regime's ruling elite used the police and secret services to uphold the dictatorship, therefore when the communist system collapsed, the trust in law enforcement was understandably low. One of the cornerstones of the rule of law in the new system was making sure that the governing party was in no situation to use these organisations to their own political purposes. This is a fragile and sensitive area, as secret services are always serving government interests one way or another, and there is nothing inherently wrong with that. The challenges faced by national security agencies are constantly changing as well. Migration, terrorism, cyber-security can all be in the forefront of their activities.

The trouble comes when these national security agencies slip out from under the control of the elected members of Parliament, and the opposition MPs delegated to the parliamentary committee supposed to do just that no longer have a way to keep a check on their operation.

In 2018 we witnessed just that, as Fidesz systematically degenerated this control and made a laughing stock of the National Security Committee.

Soros-plan: The start of the insanity

The government's first step was to make it impossible to determine whether or not the Soros-plan, the conspiracy theory fueling Fidesz's 2018 election campaign and driving the party's policies has any veritable base in terms of national security. The extremely dumbed-down government propaganda message about this Soros-plan is that George Soros is consciously trying to ruin Christian Europe, sparing no money or effort to generate a wave of illegal immigrants. 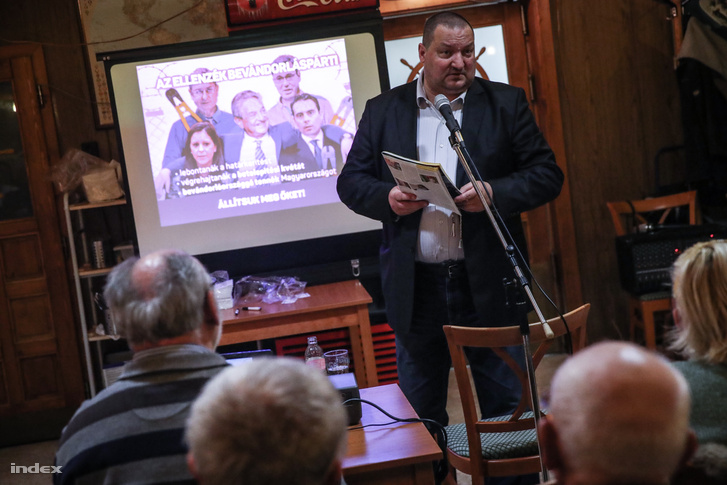 A conspiracy theory such as this is a brilliant platform to build a political campaign on, especially if it fits so well with Russian propaganda, but it is mostly indigestible for secret service agencies if they are doing what they are supposed to be doing. Although there is no way to check that anymore.

At the start of 2018, the opposition parties wanted to get to the end of the allegations: They've put the Soros-plan on the agenda of the National Security Committee.

Fidesz stymied the initiative as there was already a similar precedent: at the end of 2017, the National Security Committee called Minister of Interior Affairs Sándor Pintér for a hearing to report if George Soros constitutes an actual threat to Hungarian national security. The Minister could not give a professionally-based confirmation of the allegations ever-present in government propaganda.

The sacrifice of Szilárd Németh: taking on the role of the fool

Fidesz understandably did not want another blunder after Pintér's admission of there being no professional basis for the anti-Soros crusade. The opposition's insistence to get the committee to investigate the background of the Soros-plan drove the committee's then-vice-chairman Szilárd Németh to make sure the meetings weren't much use to anyone. In January, he sabotaged the committee's meeting by declaring committee member Bernadett Szél an "employee of Soros" and as such, a threat to national security, and refused to say anything related to anything on the agenda as long as she was present in the room. Fidesz continued to obstruct the committee using that excuse and similar ones for the remainder of the parliamentary cycle. 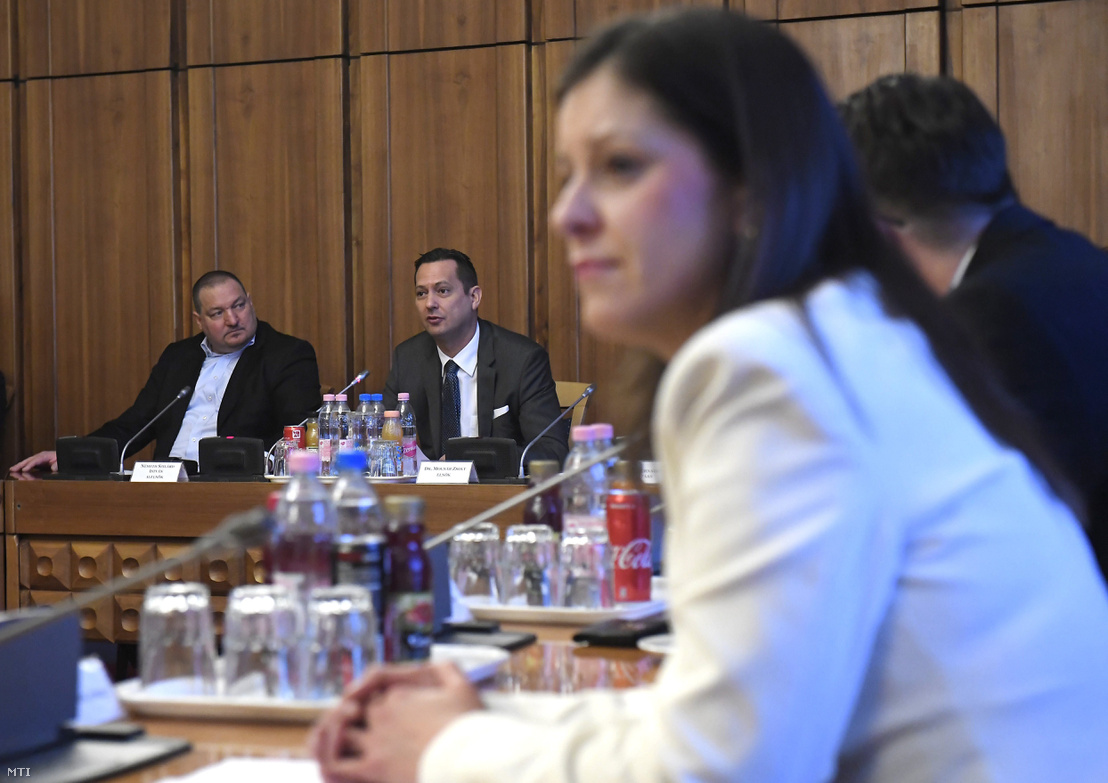 Szilárd Németh VP (Fidesz) and Zsolt Molnár (MSZP) president of the National Security Committee at a committee meeting with Bernadett Szél in the foreground on 25 January 2018
Fotó: Kovács Tamás / MTI

It must be noted that if Németh really thought Szél is a threat to national security, then his words are a stern condemnation of the secret services. Szél could be on the committee in the first place because she passed her national security screening, and if she were indeed a threat, then the screening process must have failed, and therefore the secret services are unable to perform their most basic tasks. Of course, that is not the case - when the new National Assembly began their operation after the elections in April, Németh also voted in favour of Szél's continued membership on the National Security Committee, even if the committee itself was pretty much turned into a joke by that point. Németh tried to exclude Szél from another meeting, and when he couldn't do that (as he doesn't have the legal power to do so), he just stormed out of the meeting himself. Other times the meetings fell into disarray, or members of the ruling coalition simply refused to show up.

That is not to say the opposition did not use the committee for political gains as well - seeing the futility of the meetings, they tried to have all cases on the agenda that had the slightest chance of embarrassing the government. MSZP initiated a committee meeting in January after a foreign policy government official told the Times of Malta that Hungary secretly granted asylum to 1294 refugees 2017, but the government kept quiet about it. That was a mistake from the official's part, and gave some opportunity for the opposition to beat on the government's anti-Soros campaign a bit, but had nothing to do with national security. In the meantime, the committee should have been discussing serious issues - just as the committee was engulfed in political battles, Black Cube, a foreign private intelligence company was performing a defamatory operation against Hungarian NGO-s with documents from the agency ending up in pro-government media. 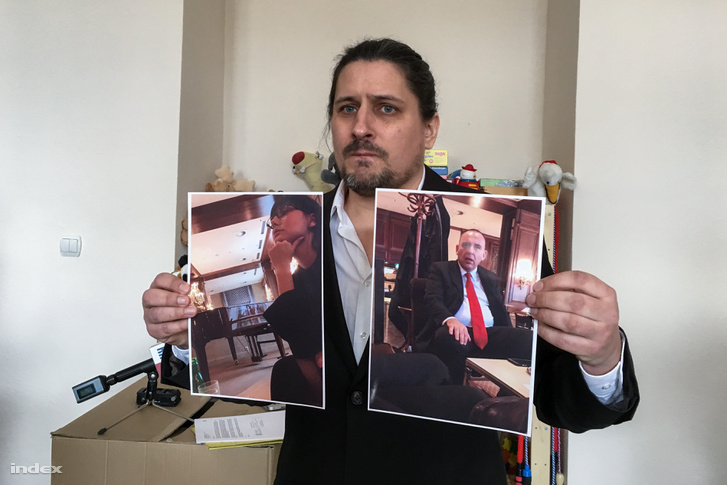 The Black Cube case could be the loudest scandal of the Hungarian intelligence services if these agencies still had any substantial parliamentary oversight. A foreign private intelligence agency tried to defame NGO-s with ties or mostly alleged ties to George Soros. Their operation failed when at least two of their targets asked for the help of the Constitution Protection Office after Black Cube's agents contacted them, however, there is no information on what the Hungarian services actually did about the operation of the foreign agency that could have been ordered from government circles. A functional National Security Committee would have investigated the case and the possible roles of government officials in it.

What we know is that the Constitution Protection Office did take steps, and these steps have a paper trace - but this trace remains hidden without the committee. One thing seems clear - even if certain government circles tried to utilise secret service methods for their own political gains, these methods were so far executed by foreign agencies.

But in the future, the government might not exercise that much restraint - the secret services cannot avoid being pulled into political games, as evidenced by the Gruevski case in which the Hungarian Information Office is deeply involved as well.

The Information Agency used to be under the control of then-chief of staff János Lázár before the elections. Rumours from the intelligence community say that even when Lázár took part in the anti-Soros government rhetoric, he tried to shield the organisation from having to actually deal with the conspiracy theory. For that reason, the agency did not have anything tangible to support the national security background of government propaganda, but the same was true of the Constitution Protection Office overseen by Minister of Interior Sándor Pintér. These days, Lázár is no longer the chief of staff, and Viktor Orbán built up an intelligence centre in the Prime Minister's Office over which he has complete control.

Back to Gruevski: the Russia-friendly former Macedonian PM (who had good relations with Viktor Orbán and Hungary's Minister of Foreign Affairs Péter Szijjártó) was sentenced to prison on corruption charges. He fled to Hungary just a few days before having to report to prison and proceeded to request political asylum. He was aided by Hungarian diplomats throughout his journey through the Balkans, and entered Hungary without a passport, using a special permit from the Minister of Interior.

Nobody knows why all this was in Hungary's interest, just as nobody knows exactly which government organisations participated in the "great escape" of corrupt politician Gruevski. The National Security Committee's prime purpose would be to investigate such questions, but this case served to highlight its utter insignificance instead: when asked about Gruevski's asylum request at her committee hearing, Zsuzsanna Végh, the chairperson of the Immigration Office couldn't say much, claiming the process was still set to take a long time, but right after the hearing ended, Gruevski's request was somehow quickly approved. 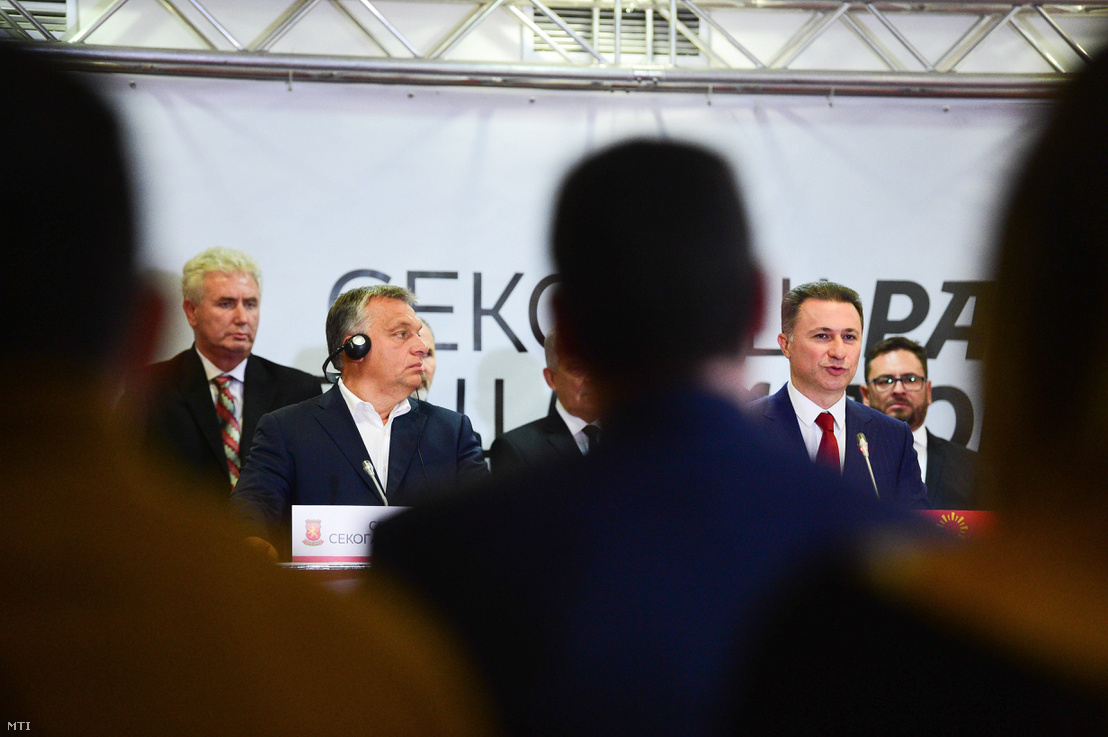 Viktor Orbán and Nikola Gruevski at a press conference in Macedonia in 2017
Fotó: Balogh Zoltán / MTI

Of course, Gruevski is just one of the shady figures allowed into Hungary or put in an advantageous position by the government that otherwise has a strict position on immigration. For years, the government's residence bond scheme had left a giant loophole for foreign investors in Hungary's immigration laws. Hungarian authorities are trying to keep a tight wrap on who entered the country through the program, but the joint investigative efforts of Direkt36, 444 and Russian Novaja Gazeta revealed that many influential Russians managed to attain legal status in Hungary using these residence bonds. Clients of the Immigration Office included an immediate family member of the chairman of Russia's Foreign Intelligence Service and a businessman with ties to organised crime, but the Immigration Office did not specify the types of their cases.

A record number of surveillance cases

While the National Security Committee was practically paralysed by Fidesz, state surveillance activity revved up:

There were1182 instances of surveillance activity approved by the Minister of Justice for national security purposes last year until 4 December, that means 3 approvals per day.

If this rate held up until the end of the year, that means there were more than 1300 approvals in 2018, which would be a five-year record.

The statistics, of course, don't mean that these approvals are unjustified - but the sheer number of cases really show how much the parliamentary control of national security would be needed, but there is no sign that Fidesz is willing to allow the opposition to exercise oversight in the area - just last week opposition members wanted to discuss the physical violence used against members of Parliament by security guards of the public media, but Fidesz boycotted the committee.