Operation to recover remains of Holocaust victims from the Danube started Israeli rescue team  ZAKA performed their first preliminary probing of the Danube before their return in February for a lengthier exploration of the riverbed to find the mortal remains of the Jewish people killed on the bank of the Danube during the Second World War. The idea for the search originally came up three years ago. The negotiations over the recovery between Prime Minister Viktor Orbán and Israel's representative of the Jewish faith David Lau began over the last summer.

Israeli NGO ZAKA's rescue team performed a probing of the Danube's Budapest section using cameras and sonars this Tuesday, and they will be returning in February with a group of 20 researchers in order to find the remains of the Jewish people who were shot into the Danube during the Second World War, Lydia Weitzman, the organisation's press officer told Index. ZAKA has been working with thousands of - mostly ultraorthodox Jewish - volunteers since 1995, and one of their projects financed by donations is the search for the remains of Holocaust victims.

ZAKA's homepage states that they received permissions to start their operation following a three-year negotiation process. The victims' surviving relatives sought the help of ZAKA back in 2016 after DNA evidence confirmed that the human remains surfacing during the restoration of Budapest's Margaret bridge could have been from people of Jewish descent.

The three-member search party arrived at Budapest on Sunday, and by Tuesday morning they were already checking the conditions at the Danube - diving team leader Ilan Berkovich told us that they were measuring the depth of the water, the thickness of the mud in the riverbed, and the strength of the currents.

"We'll be back in February with a 20-person search party. We'll continue the investigation here at Margaret bridge and over at the Chain Bridge," Berkovich said. He added that they chose these two locations after a surviving Jewish Hungarian victim showed them the scenes where the mass murders were carried out. 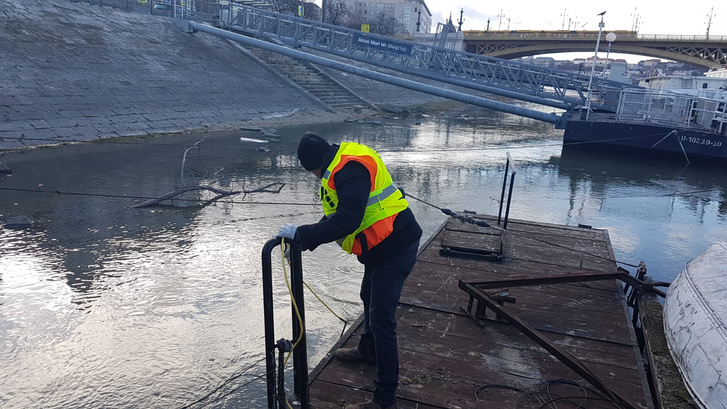 A member of the search party at the Margaret bridge
Fotó: zaka.us

Approximately 600.000 Hungarian Jews were murdered during the Holocaust. The number of people shot into the Danube in Budapest on the fall of 1944 is estimated to be in the thousands, but the exact numbers cannot be determined.

The chief rabbi of Israel asked Viktor Orbán's help ZAKA's work at their face-to-face meeting during last summer, Slomó Köves, leader of the Hungarian United Jewish Congregation told Index. Köves knows this because Orbán tasked him with aiding the efforts to organise the search. "The Ministry of Interior Affairs and the Hungarian Police seemed open to the idea and provided all necessary permissions. The goal is to be able to give the victims proper burials in accordance with Jewish customs," and he added:

"Even though the Hungarian government offered all the help they can provide, so far the Israeli private donations seem to completely cover the costs of the operation." 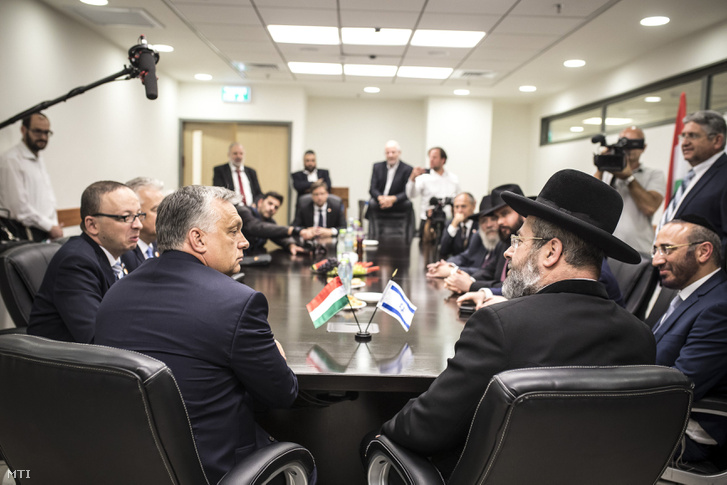 This week, Israel's Minister of Interior Affairs Aryeh Deri had a meeting with his Hungarian colleague Sándor Pintér. After the meeting, the Israeli minister tweeted that the remains to be found in the Danube shall be transported to Israel where they would be given proper burials. Slomó Köves could not confirm the plans of transporting the victims' remains, so the tweet could as well be attributed to the ongoing campaign in Israel.

According to information from atv.hu, back in 2016 an Israeli opposition politician of Hungarian descent, Jair Lapid attempted to gain Viktor Orbán's assistance in the recovery of the bones from the Danube but did not succeed. Israel's Ynet says that the strong currents of the Danube leave little hope of finding the victims - diving leader Berkovich gives it a 50% chance. "Much depends on the frequency and nature of works done since the Second World War on the section of the riverbed we're about to examine," he summed up the odds.

During Margaret bridge's 2011 restoration, the remains of about 15 to 20 people surfaced from under a forgotten piece of the old bridge that was demolished near the end of the war. Anthropological and DNA studies of those bones confirmed that could indeed be bones of Holocaust victims, and some of them even exhibited marks consistent with gunshot wounds.

The Federation of Hungarian Jewish Congregations organised the reburial of the remains, but the organisation abstains from the current operation altogether, as András Heisler, the federation's president told Index. He added that the 2016 examination recorded genetic markers typical of Ashkenazi Jews in some of the findings, but not in all of them.

"It was impossible to tie the bones to individual people. Historical research shows that the number of people shot into the Danube in 1944 is in the thousands, but many others perished in the river during the siege of Budapest as the end of the war drew closer. Their remains are likely to have been scattered all across the riverbed, and it's a likely possibility that Europe's largest river carried them down all the way to the Black Sea in the 70 years that passed since their demise," he said. 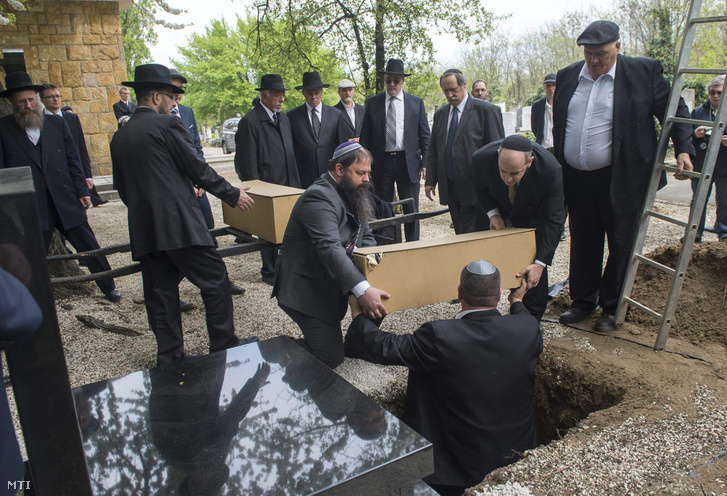 The reburial of the remains found under Margaret Bridge at the Kozma Street Jewish Cemetery on 15 April 2016.
Fotó: Illyés Tibor / MTI

The ancestry of these remains is difficult to determine as hundreds of Hungarian and German bodies fell into the river when Margaret bridge was demolished in 1944, therefore many question the claim that the remains found in 2011 belong to Holocaust victims.

Heisler told Index that the forensic analysis could only determine the percentage of the bones that showed parameters typical of the Ashkenazi Jewish population. "But not even that confirms that the person was actually Jewish, and not even that much could be said about most of the bones."

The reburials took place at the Kozma Street Jewish Cemetery in 2016 after long disputes. Precisely because of the ambivalence that surrounds the origins of the remains, a Catholic and a Reformed bishop and a minister also spoke at the neologist Jewish ceremony beside the president and chief rabbi of the Federation of Hungarian Jewish Congregations.

This article is a direct translation of the original Hungarian article published by Index.