Vajna's estate might teach us a thing or two about Hungary For most of the world, Andy Vajna was known for his activity as a producer - his work on Hollywood blockbusters like the Rambo-series, Total Recall, sequels to Die Hard and Terminator have earned him a place in movie history. Hollywood stars like Silvester Stallone, Antonio Banderas, and Arnold Schwarzenegger were all remembering Vajna in heartfelt social media posts. But Andy Vajna became a controversial figure of Hungarian public life following his withdrawal from Hollywood, and his sudden death – especially the fate of his estate - might shed some light on the inner workings of the current government's economic and cultural hinterland.

The fight for what remains of the Vajna-estate might be an interesting one to follow - Andrew G. Vajna was not just a movie producer, but also an important member of what Fidesz describes as their System of National Cooperation, or NER for short - an intricate web of business interests and political power that the government maintains to be their vision for a prosperous Hungary, yet critics say it is merely a fancy way to describe corruption. Wealth is intrinsically linked to status in this system, and revenues to political alignment – what will happen to Vajna's legacy?

Andrew G. Vajna was appointed as the government commissioner responsible for the development of the Hungarian movie industry in 2011. He was tasked with reforming the Hungarian movie financing system and increasing the number of foreign productions in Hungary by creating them an advantageous tax return scheme.

Hungarian National Film Fund, the new, centralised movie financing organisation was set up based on Vajna's idea to replace the more self-governed, but slower-moving earlier formation. Despite the critics speaking up against this hands-on structure, Vajna's system arguably worked, as Hungarian movies managed to win more than 130 international awards including two Academy Awards (and another nomination) during Vajna's tenure, Hungarian movies were successful at the box offices once again, and more and more foreign productions were choosing Hungary as their filming location. 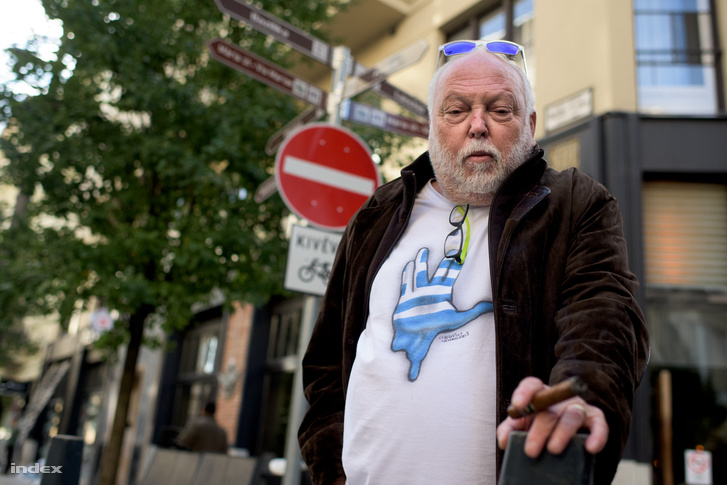 Despite all the success, Vajna became the subject of attacks from the pro-government media conglomerate shortly before his death. An article in the political daily Magyar Idők accused the Movie Fund of “Marxist manipulation of history”, while another one in Pesti Srácok was heavily bothered about the supposedly left-wing and post-communist people around Vajna listed on an anonymous Tumblr page. In normal circumstances, such negative publicity should not have made someone like the film commissioner worried, however in Hungary, the pro-government media works differently. Just a few months before, Magyar Idők accused the director of the Petőfi Museum of Literature of giving financial support to left-wing writers, which lead to his termination despite his long track record in and around Fidesz governments.

On paper, there is currently no pressure on the government to replace Vajna in any of these positions – his appointment as government commissioner was purely discretionary, the government can therefore even decide not to appoint a successor, and he was merely one of many members on the board of the Film Fund. However, the entire system was built on Vajna's gravity, and without him, it is not at all sure that the direction of the Fund that oversees the vast amounts of money pouring into the film industry will remain the same.

The crown jewel of the propaganda media

As the owner of several media companies, Andrew G. Vajna played a crucial role in the construction of Fidesz's pro-government media empire. His media portfolio included the remaining few regional dailies not owned at the time by Prime Minister Viktor Orbán's confidant Lőrinc Mészáros, and Bors, one of the largest tabloids of the country. These are not in the estate though: Vajna sold his shares to a business interest of Lőrinc Mészáros, so they could be given up to the Central European Press and Media Foundation, the giant pro-government media conglomerate assembled last November from the media companies donated by oligarchs with close government ties. He only kept two of his media outlets to himself: TV2 and Radio1.

Radio1 was a commercial radio channel originally broadcasting in Budapest, that quickly grew nationwide through devouring one regional radio station after the other (approximately 30 in all) with syndication agreements and a rather supportive attitude from the Media Authority.

However, Radio 1 is a small business compared to the crown jewel of Vajna's estate. He acquired Hungary's second largest commercial channel and its satellites, the debt-ridden TV2 group near the end of 2015 using a €21 million loan from state-owned Eximbank. Eximbank was originally supposed to only support Hungarian export activities, but a 2013 amendment to the law governing the bank's operation made such loans possible. The loan was later replaced by another one provided by MKB, a private bank with close ties to Fidesz oligarch Lőrinc Mészáros.

The acquisition itself was a rather confusing transaction – Vajna bought the network from Zsolt Simon former CEO and Yvonne Dederick former CFO, who acquired it from the original parent company ProSieben.Sat1 through a management buyout deal at the end of 2013. However, on the day of Vajna's purchase, Károly Fonyó – a business partner of Lajos Simicska, the former ally and newfound enemy of Viktor Orbán after the two fell out in 2015 – announced that he's calling his option established in 2014 to purchase TV2 Media Group Holdings Kft, thus nullifying Vajna's acquisition. Unbeknownst to Fonyó, the earlier corporate restructuring of TV2 meant that by this point, TV2 Media Group Holdings Kft was pretty much empty as all assets were moved under the newly set-up TV2 Média Csoport Kft. (the company bought by Vajna), rendering Fonyó's option practically meaningless. 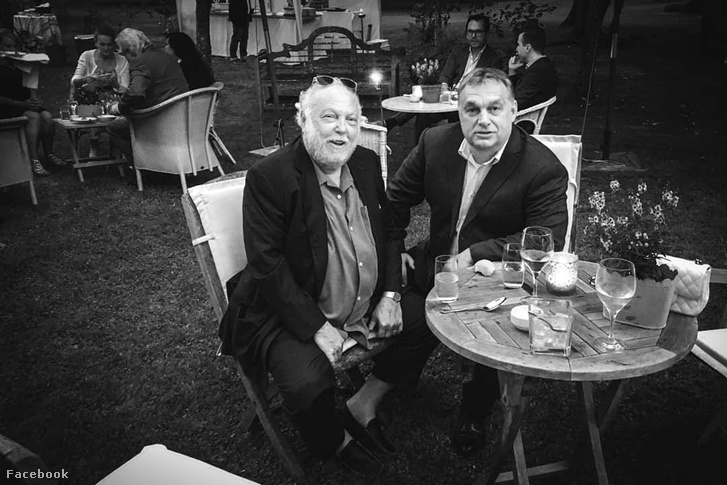 After the dust settled and Vajna officially became the owner of the TV2 group, the channel's direction took a sharp turn – as a result, they had more lawsuits in the few years of the Vajna era than during the 18 years that preceded it. Tények, or "Facts," their news programme became synonymous with government propaganda. Slandering politicians and businessmen became staples, lies and misrepresentations of the truth were everyday occurrences, but despite the several court condemnations, the editors responsible for them could keep their jobs without an issue. In an interview earlier, Vajna told Index:

TV2's programmes are made in accordance with my taste since I'm the owner. Of course, I'm not editing the news, but I'm regularly consulted on the direction of the news programme, which I find appropriate.

Financially speaking, Vajna's TV2 venture was not a successful one, although that might not have been the primary goal of the acquisition in the first place. During Vajna's ownership, state advertisement was literally flooding to the TV2 group – the data gathered by Átlátszó.hu shows that the network received more state advertisement revenue in 2016 and 2017 than any other media company (around 60 and 66 million Euros respectively). Still, despite the government's tube-feeding, their last published financial report (2017) shows that the group suffered heavy losses, but the network remained the flagship of Fidesz's media, though rumours of Lőrinc Mészáros taking over the channel were becoming rampant since November.

What will become of the Vajna-estate?

All in all, Andrew G. Vajna was the 18th wealthiest Hungarian according to Forbes' recent list, therefore the inheritance of the estate worth more than 200 million Euros is likely to be an interesting question. Besides his media firms, Vajna's portfolio also included production companies, a restaurant, sales houses, real estate, and casinos with exclusive state concessions – some of these were sold to a Delaware-based company in November as mentioned above, some, however, remained his own, therefore subject to a possibly complicated inheritance procedure.

These factors would, of course, be present after the passing of any wealthy businessman, but Andrew G. Vajna was not only a businessman in his own right; he was an important figure in the intricate web of the System of National Cooperation as well, which complicates matters further. The parts of the estate that are attributable to Vajna's own business performance are hard to tell apart from the ones artificially kept afloat by government circles. For example, he regarded his five Budapest casinos as something he built on his own, but it must be noted that there is a complete ban on gambling in Hungary, except for a few people qualified as “trusted game organisers” by the Minister of Economy that can operate casinos – and Vajna was the only one in Budapest with that status. 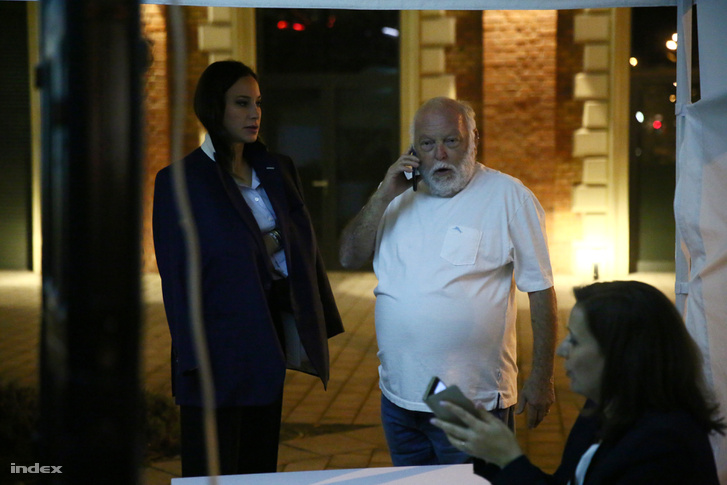 Vajna spent the last months of his life busy reorganising his empire – he sold a huge portion of his Hungarian businesses to Cinergi, an offshore company registered in Delaware. This transaction included Radio 1, his restaurant, his TV production company and his animation company called Digic Holding. The fate of these companies is yet unknown, as Vajna's will is not on public record, and his wife, 38 years his junior, has previously made ambiguous statements regarding a possible prenup between the two.

But ownership in this system is a fluid concept, as the spheres of influence are not set in stone - who gets to call the shots over these companies was often the subject of dispute since trust is a rare commodity in the top tiers of Fidesz's economic elite. A businessman of Vajna's stature dying under such circumstances causes quite a stir obviously, and that is only worsened by the fact that the most profitable asset in much of these companies was Vajna himself, and his connections. A television as dependent on state advertising as TV2 can quickly see their revenues dry up if they are acquired by someone who is not in the good graces of the government, and the same could be said about the lucrative casinos that are hinged upon a simple ministerial decision.