From employees' rights, the structure of the executive branch, and adoption rights of same-sex couples, the Hungarian Prime Minister already has specific concepts about the changes he wants to see in the Fundamental Law of Hungary. However, the idea of a constitutional revision does not enjoy unanimous support in Fidesz, but with the death of Arthur Finkelstein and the sidelining of Árpád Habony, there is nobody in Fidesz who could engage in conversation with Viktor Orbán on an equal footing. The Prime Minister would need strong legitimacy to amend the Fundamental Law and in order to have that legitimacy, the incumbent mayor of Budapest, István Tarlós would have to win the municipal elections later this year. But at the same time, Fidesz's own surveys show that his victory may not be so sure.

Politicians of the ruling party may have kept quiet about the ongoing constitutional revision, but a small group has been continuously working on the project under the leadership of József Szájer, Fidesz's MEP and a major contributor to Fidesz's 2012 new constitution. As our sources within Fidesz revealed, Viktor Orbán's ideas about the approximately ten to fifteen topics in which he wants to see significant changes are so crystallized that he had even written some drafts for the suggested amendments.

The Prime Minister's intentions concern regulating the relationship of employees and employers - Orbán wants to see changes advantageous to the latter -  and he would also like the Fundamental Law to rule out adoptions by same-sex couples under any circumstances.

Orbán's revision would bring about adjustments in the entire judicial sector including prosecutors, the Constitutional Court, and changes in the powers of the National Judicial Council that is often branded 'oppositional' by Fidesz-affiliated media outlets. The executive branch of power has traditionally been strong since the democratic transition of '89-90, however, the plans also include structural changes to the central government. The revision's direction makes it apparent that

Orbán would take his system further down the road to centralised power. 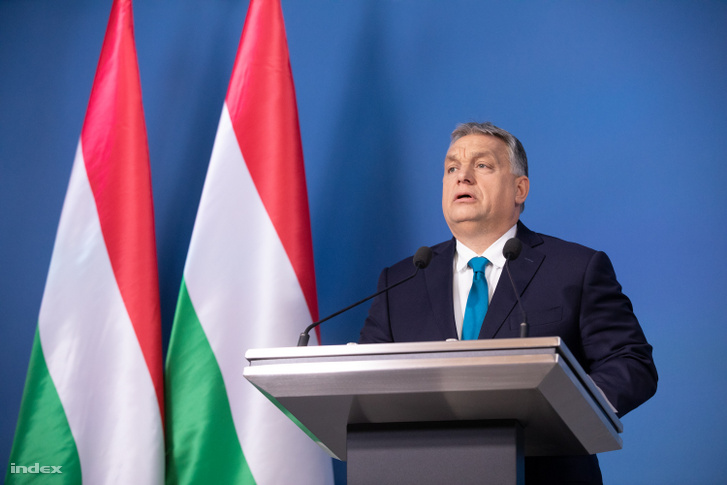 Before we published our article, we tried to contact Viktor Orbán's press officer, the press office of the Ministry of Justice, and also József Szájer. We were interested in the progress the constitutional revision committee had made, the areas concerned by the revision, and we also wanted to know when the revision might manifest itself in a bill submitted to the Parliament. We are yet to receive answers.

Szilárd Németh taken off the case

Viktor Orbán made two important announcements after Fidesz won their third consecutive supermajority at the 2018 general elections. First, in the Parliament, Orbán said that he's planning until 2030, and then in the state radio he revealed that they "would like to start a one-one and a half year long process to revise the Fundamental Law," which would be followed by a larger amendment.

The Prime Minister is yet to say anything specific about these plans other than this: "We are going to review what worked, what could have worked, what the constitution regulated but lower legal provisions failed to accommodate, and where there might be holes in the regulation that have to be bridged or filled in with new constitutional texts." 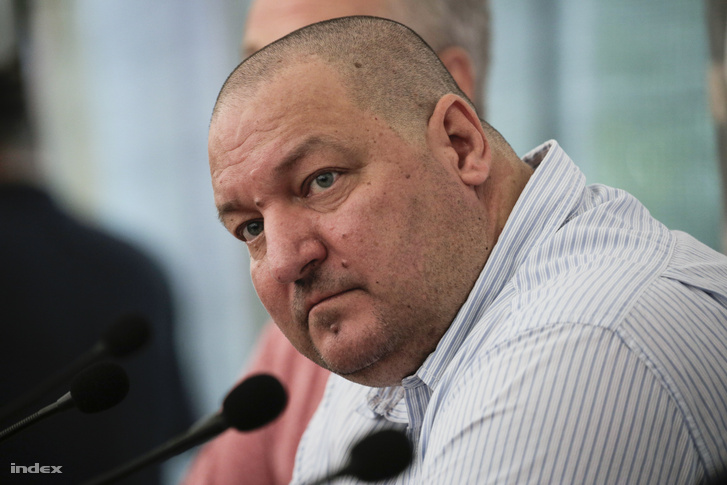 Following the Prime Minister's radio appearance, Hungarian press informed that former government commissioner of utility prices, current state secretary for defence, and president of the Wrestling Federation Németh Szilárd would also be on the constitution revision committee. The politician confirmed this confidently ("How wouldn't I be onboard?"), but he was taken off the case shortly afterwards because him having influence over such important areas caused a major uproar in the upper echelons Fidesz.

There were other changes on the team as well. Coordination was initially tasked to former Minister of Justice László Trócsányi and József Szájer, but Trócsányi will be replaced on this committee Judit Varga, who will also be his successor in the ministerial seat. Compared to Trócsányi, fewer people in Fidesz expect her to constitute a balance to, or criticise the direction set by Orbán and Szájer.

The question of internal criticism is crucial, as Orbán, dead set on amending the Fundamental Law, has "no intellectual partner to discuss the direction of governance." We've talked to a member of Fidesz who told us that

Árpád Habony is missing from Orbán's side in terms of creating a vision, and many say that the informal advisor was sidelined by Antal Rogán, Orbán's cabinet minister.

Our sources tell us that Finkelstein's death and Habony's sidelining created a "direction problem concerning which way to move forward, and what should be done," there is nobody in the leadership of Fidesz who would be willing or able to go into disputes with Orbán. There may be only one exception to that in Orbán's immediate surroundings, and that is Speaker of the Parliament László Kövér, on occasions when he "shakes himself up a little." 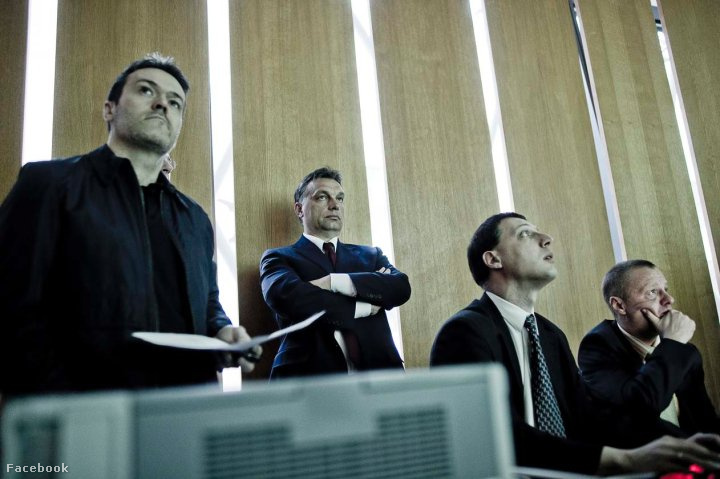 However, the ongoing constitutional revision process shows that Kövér did not go against Orbán in this matter, or at least he could not convince him, as the Speaker told Atv.hu last year that "personally, I do not see a strong need for amendments."

As long as there is a supermajority

Orbán announced a one-one and a half-year long process scheduled to start last autumn, so according to the original plans, the great overhaul of the constitution is likely to happen sometime late 2019 or early 2020. When we asked the Prime Minister at the start of the year about the promised amendments, he said they are in the "initial phase", they are making "slow progress," and said that they will finish a "couple of months later" before remarking with a smile that "of course, we don't have big problems."

Indeed, the Prime Minister has no reason to hurry, since, with his supermajority, he has the chance to amend the Fundamental Law as he pleases. However, our sources are telling us that there is a very real possibility for this supermajority to melt away; Lawmaker György Simonka was previously accused of budget fraud, and "his days are numbered as an MP," and it's still a question if MP János Lázár will stand as mayor candidate in Hódmezővásárhely.

Simonka dropping out and Lázár leaving the Parliament would trigger by-elections in both MPs' constituencies. During the previous term, the opposition achieved good results in by-elections when they managed to enter the race with a single candidate, therefore the Government might be pressed to use the opportunity for a constitutional overhaul while it's still there.

Orbán's magic is at stake

Supermajority might be a necessary condition for amending the Fundamental Law, however, it is not a satisfactory one. According to our sources, Orbán would only begin this great overhaul after the municipal elections, as a lot depends on the results. Fidesz is likely to win in an overwhelming majority of the 3200 municipalities, and the party also expects to win in most of the 23 cities with county rights.

But the most important question is whether or not Fidesz can retain Budapest. If incumbent István Tarlós wins, Orbán will set the wheels of the constitutional amendment in motion, if Tarlós loses, the chances of that become minimal. As a high-ranking official of Fidesz told Index:

"If Tarlós loses, Orbán's magic will be broken, and the main source of the government's power to act is that magic, that feeling of being the winners."

Of course, results in cities with county rights and Budapest districts are also crucial, but who gets to declare themselves winner on 12 October depends on the fate of Budapest's mayoral seat. 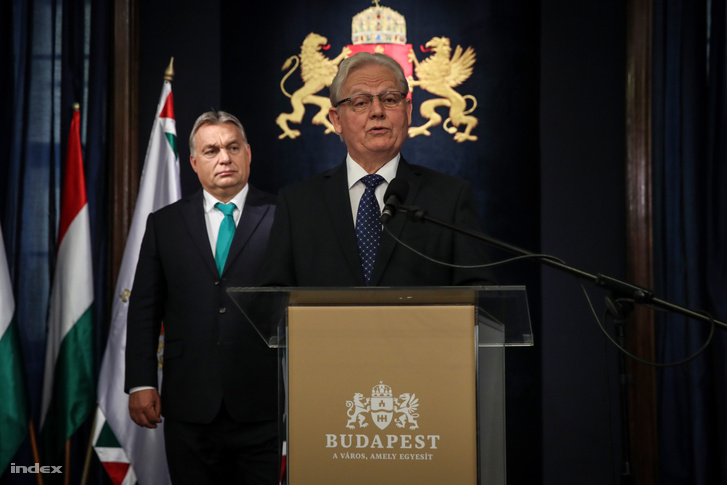 And nobody takes Tarlós's victory granted in Fidesz's leadership, it is no coincidence that Fidesz parliamentary group leader Máté Kocsis noted that they expect a "big fight." Especially since the old adage of Tarlós adding 5-10% to Fidesz's popularity in Budapest no longer seems to be true according to the surveys of the governing parties, the popularity of Fidesz and the incumbent mayor Tarlós are now approximately the same in the capital.

The chances of the ruling coalition are further reduced by Fidesz most likely building their campaign on Tarlós's character and the achievements of his previous terms, while the opposition could mobilise their base better if - similarly to what happened in Istanbul - they frame the Budapest municipal election as a referendum on Orbán.

Members of Fidesz think that if they lose Budapest, the political wiggle room of the government would be reduced significantly, and "long cold days are coming," and while nobody would question Orbán's leading role, party leadership would be transformed at the next renewal of officials.

Tarlós says there are no such intentions, Gulyás cannot rule out anything

After our original Hungarian article was published, István Tarlós released a statement saying "there are no known intentions of amending the constitution, but if there would be, it would solely be dependent upon the parliamentary supermajority, and it is in no way connected to the person of the mayor of Budapest." Tarlós added that "the news to which Index has given wings concerning a link between the person of the mayor of Budapest and the amendment of the Constitution is treacherous drivel fueled by the opposition's fears about the elections."

At his weekly press conference, Chief of Staff Gergely Gulyás said: "Let's forget about this article, though the standards of information could be higher." When Index asked if he can rule out constitutional amendments concerning the areas mentioned in the present article, Gulyás said: "as no decision had been made about the constitutional revision, I cannot rule anything out." The only thing he could rule out, as he said, was that the revision had anything to do with the municipal elections.

This article is a direct translation of the original published by Index in Hungarian.