Orbán: Individual freedoms can never encroach upon the interests of the majority Unlike most summer festivals, music takes a backseat to politics at Tusványos, the annual meeting of Fidesz's prominent representatives in Transylvania, Romania. As every year, the main headliner of the 2019 event was Hungarian Prime Minister Viktor Orbán, who gave his ideological briefing laying down the foundations of his government's upcoming policies in his speech on the last day of the festival on Saturday. This year, Orbán explained the nature of illiberalism at length (a term he first introduced at the same festival in 2014), argued for diminishing the significance of the European Commission, smirked at the ongoing probe into Hungary's rule-of-law situation, and coined the new buzzword "Christian liberties". Here is our summary.

In front of an enthusiastic crowd, Orbán started by quickly looking over the past thirty years of Hungary. He defined two transitions, first what he called the "liberal transition" that emphasised individual freedom and the "national transition" which happened in 2010. The main task during the "liberal transition" was to achieve independence and freedom, to establish a capitalist economy, and to create the democratic system of political and legal institutions. Orbán humbly noted that the latter cost them four years during his first term as PM between 1998 and 2002, although the democratic institutions laid out in the 1989 amendment of the Hungarian Constitution saw no significant changes in that period.

He said that this new era since 2010, the era of national transition placed the emphasis on the interests of the community and after the internationalist and socialist successors of the communist regime were defeated between 1994 and 2010, their mission now is to maintain and reproduce the mass support of this system and to beat back the attacks against it.

Prime Minister Orbán stated that he looks at the upcoming fifteen years as the "prime time" of his generation, as there is childhood, when a person makes plans about what they want to do, there is old age, when people regret what they haven't done, but between the ages of 35 and 70, there is adulthood; this is the time for people to act. Orbán's generation is halfway through that age, and as he said, it is time for the night's feature presentation:

"The nation is in possession of the political, economic, and soon enough, the physical means to defend themselves and their sovereignty."

Orbán noted that the nation had already defended themselves against the attacks of Brussels, the IMF, and the migrants. He said that Hungary is on an encouraging path, finances are in order, businesses are getting stronger, wages are increasing, and they are building the nation and families - but as always, this is under threats coming from outside Hungary. In Orbán's assessment, the first threat was already averted, as he said:

"I wouldn't want to lay out the full extent of the truth, but we have taken complicated steps, and we have successfully tackled Soros's candidates and prevented ideological guerillas from taking EU top jobs. The European Commission is lead by a practical-minded mother of seven." 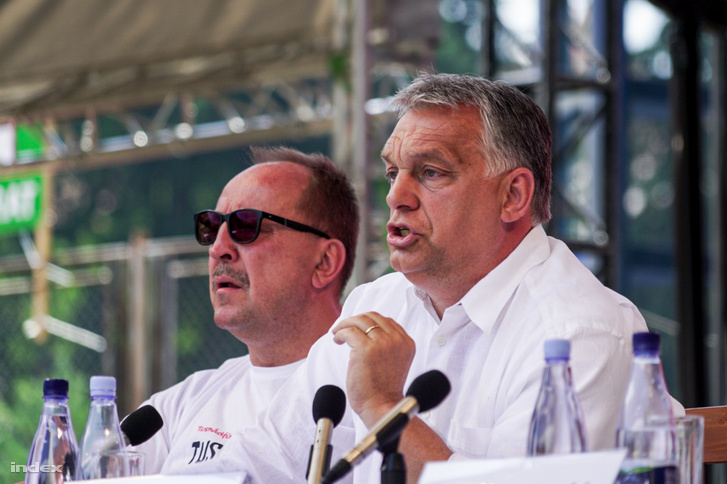 So based on that, Ursula von der Leyen, unlike his predecessor Jean Claude Juncker, may be spared from appearing with George Soros on government-sponsored billboards all over Hungary, although that could change soon as she pledged her support for an EU-wide rule-of-law mechanism in her election pitch in the European Parliament, which might prompt resistance from Orbán if she goes through with that idea, as the Hungarian Prime Minister has rather different ideas about the role of the Commission.

Orbán said that the Commission must not have a program and must not launch "political attacks" against the member-states as it did under Juncker, and setting the direction for EU policies should continue to befall the national governments.

He noted that the Spitzenkandidat system did not die, it only found its place: its goal was never to take the Council's right to nominate the President of the Commission - the Commission should be beholden to the Council. According to Orbán, the real sense behind the Spitzenkandidat system was for voters to have an influence over the EU's top jobs, and European voters have that by determining the composition of the European Parliament. Orbán would further diminish the Commission's significance, he said a council of Europe's ministers of interior affairs should be set up to deal with all questions surrounding migration.

The other threat Orbán sees - besides the "Soros-candidates" - is that according to him, the EU had been building "European Socialism" in the past five years. Orbán said that Europe must dismiss the idea of universal basic income and should focus on jobs, and "instead of migrants, money should be given to European families so they can have more children" (to learn about Orbán's ideas on how that would work, see our video here).

PM laughs at the rule-of-law debate

"Strong nerves will indeed be necessary for the upcoming rule-of-law debates, though not for defending our position but for resisting to laugh in the face of our critics."

said Orbán, and continued to ridicule Finland. Orbán noted that the Finnish Academy of Sciences operates under the control of the Minister of Education, Finland has no Constitutional Court, judges are appointed by the President of the Republic based on the suggestion of the Minister of Justice, and he asked what would happen if Hungary were to introduce these measures. 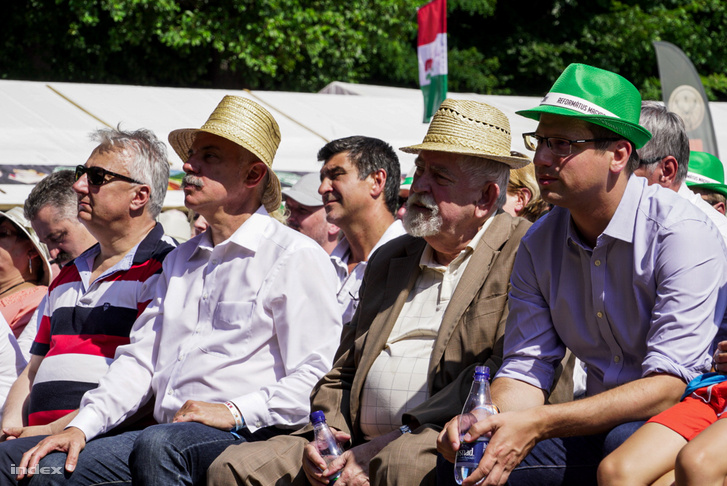 A little background: the Nordic country that has just begun its third EU Presidency period on 1 July made it clear that defending the rule of law will be one of their top priorities, a statement that already caused some tension between them and Hungary. Hungarian pro-government media started denouncing Finland's democratic system as soon as they've made their priorities clear, with even the government's international spokesperson Zoltán Kovács (not the same as the author of this article) jumping on the bandwagon saying they "preach water, drink wine."Finland's Minister of Foreign Affairs Pekka Haavisto had signalled his intention to sit down with Hungarian leadership to talk these matters through and said that the Budapest Finnish Embassy already sought to clarify the factual errors.

Usually, Orbán's speeches at the Tusványos festival are more big-picture, philosophical musings and this year was no different, as the Prime Minister spent quite some time explaining the ideology behind his "illiberal democracy" - a phrase that he introduced in 2014 sitting at the very same table.

Orbán claims to have opened a new chapter in how the individuals relate to their communities and to other individuals. He said that while the approach of liberalism is that it's an individual's private matter if they lead a "useful life" or not, a national system states:

"Only those deserve acknowledgement who serve the nation's cause."

Orbán illustrated this by Olympic gold medals: "Nobody says that they won the gold medal, everybody says we won the gold medal. Self-care, work, studying, healthy lives, paying taxes, participating in national self-reflection: this is what we hold morally superior." Orbán said that in opposition to that, liberals are loosening up all ties and want to create an empire. Hungary created a unique state model, the illiberal, Christian state, and this bothers liberals because they believe their model is universal and exclusive; they vindicate the right to set how people should think about the basic facts of life. Orbán stated:

"Individual freedoms can never encroach on the interests of the community. There is indeed a majority that must be respected, that is the foundation of democracy."

That is why, in illiberal philosophy, the state cannot remain neutral in the questions of culture, family, and of "what sort of people are in your own country." The main goal of illiberalism, as Orbán defined it, is to "achieve and protect Christian liberties." He said that according to liberals, all democracies must be liberal by definition, but that is not true since democracy could not exist without Christianity. Orbán supported this by saying that the only reason why the President of the Academy of Sciences has one vote just like someone who barely finished elementary school is that they were both created by God to his image.

Liberal democracy was only viable until it has left its Christian roots behind, until it protected individual liberties and private property. But as soon as it started to break down people's ties to reality, questioning sexual identity, devaluing religious identity, and deeming national ties futile, the content of liberal democracy has changed. This had been Europe's zeitgeist in the past 20 or 30 years." 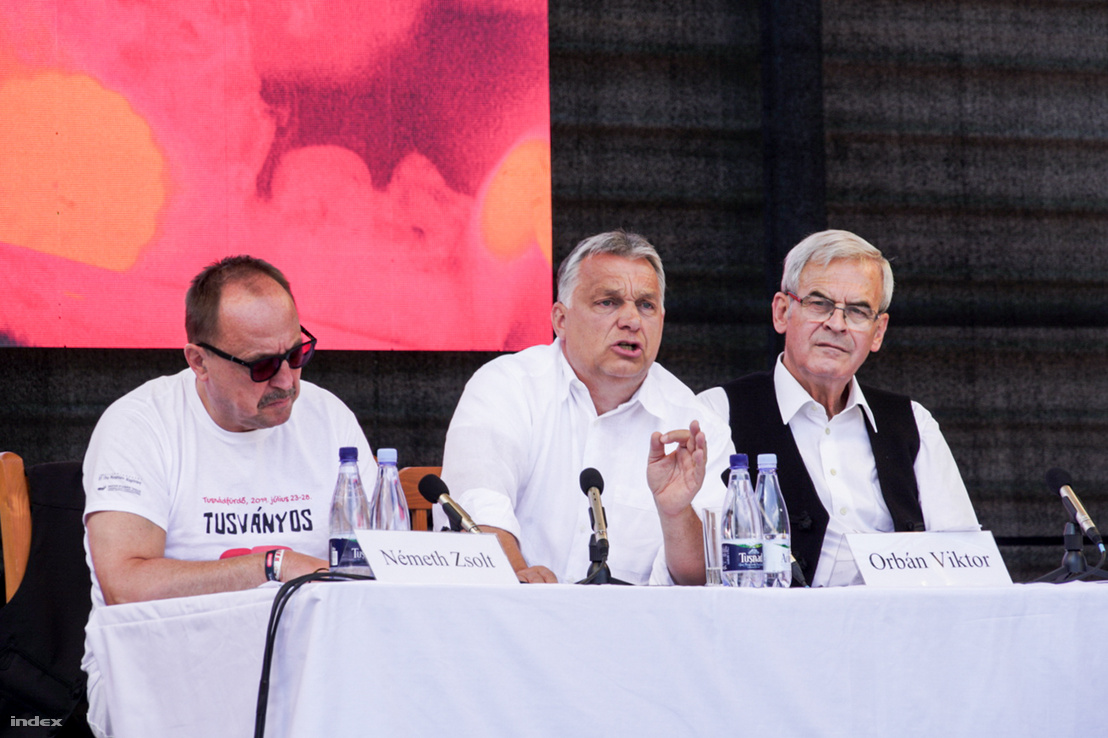 Orbán added that Churchill's and Roosevelt's Atlantic Charter is an illiberal document as it promotes the self-determination and self-governance of nations, and that these words of Robert Schuman,  "Democracy owes its existence to Christianity. It was born the day that man was called to realise in this temporary life, the dignity of each human person, in his individual liberty in the respect of the rights of each and by the practice of brotherly love to all,"  could never be uttered in today's European Parliament without punishment. Though in all fairness, it must be noted that just last year, during the EP debate on the  Hungarian situation, liberal MEP Guy Verhofstadt happened to employ the very same quote, albeit with a slightly different emphasis, arguing against Orbán.

"But why do liberals hate us?"

This was Orbán's question concluding his speech, and he did have his answers. He said that illiberalism stands for everything that liberals neglect and despise and that whenever Hungary is brought up in the international discourse, there are no arguments, only explosions of bile and hatred.

Orbán attributed this to Hungary turning against the liberal zeitgeist, yet being successful - as he explained, liberals thought that their post-Christian, post-nationalistic model will bring about the universal age of liberal democracy, but that universality is broken by its Hungarian antithesis, illiberalism. This alternative, the illiberal state protects Christian freedoms, which is necessitated by liberals wanting to surrender Europe's Christian identity and migrants wanting to destroy Europe. Orbán's aim for Hungary is to turn against this liberal zeitgeist and internationalism, as Hungary can only be preserved that way:

"This is going to be an unfair fight, but there are many things on our side that are beautiful, free, and just."

The Prime Minister sees a bright future for his ideals that he deems rational and viable, as all over Europe, the most successful parties were the ones "being fired upon by cannons in defence of democracy." He mentioned Italy and Poland as notable examples. 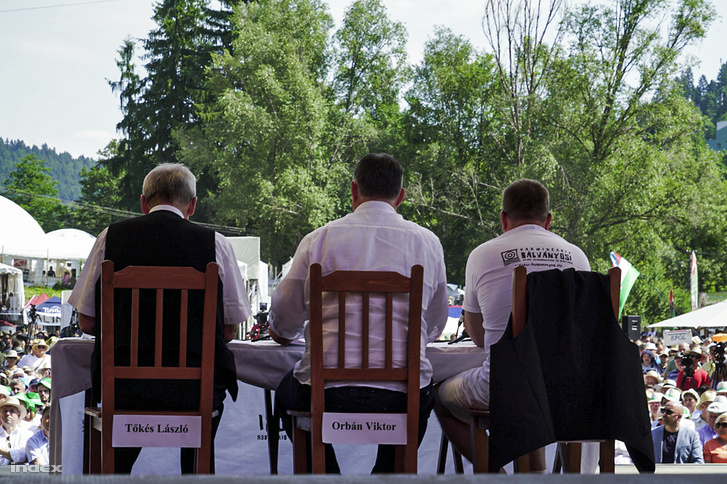 The opposition was united in condemning Viktor Orbán's speech, here is a brief summary of what they had to say: