Nation-building, family policies, and movements in foreign policy - these were the main cornerstones of Prime Minister Viktor Orbán's speech held behind closed doors on Saturday at Fidesz's annual private meeting in Kötcse. Information acquired by Index suggests Orbán's vision lacked specifics, but he said there are changes to be expected with regards to drug consumption and adoptions by same-sex couples. Orbán hardly even mentioned the upcoming municipal elections, but he said Fidesz has good reasons to be optimistic.

Fidesz held their nineteenth picnic at Kötcse on Saturday. This event has always had a prominent place in the life of the governing party.

First of all, the list of invitees (and who is not on it) always carries special significance with regards to the party's inner power dynamics. For instance, former deputy PM and outgoing EU commissioner Tibor Navracsics, and former VP of Fidesz Zoltán Pokorni were both no-shows, but they have been visibly distancing themselves from the current ideology of Orbán for quite some time.

But what lends the most importance to the Kötcse picnics are Viktor Orbán's speeches aimed at this select audience of the party's inner circle. Orbán usually does not go into specifics here but reveals the topics and issues he thinks will have significance in shaping the politics of the upcoming months and years. Last year Orbán spent a long time discussing the kinds of conflicts he was expecting with the European People's Party, and that in an extreme scenario, Fidesz could even have decided to leave their European political family. This analysis was proven correct by this year's developments.

So for those in attendance, it's not only worth it to come to show their faces to each other and to journalists congregating outside but to listen to the Prime Minister give his political assessment freely, without scrutiny from the prying eyes of the public.

Secrecy is a long-standing tradition of the Kötcse picnics; the invitation itself contains a confidentiality clause, and politicians leaving the scene hardly say anything worth noting about the speech. This year, Minister of Human Capacities Miklós Kásler commented that Orbán "said smart things," Szilárd Demeter welcomed the "food for thought," MEP Tamás Deutsch thought the speech was "exciting," parliamentary leader of the Christian-Democrats (KDNP) Péter Harrach said it "illuminated the connections," and all that Minister of Interior Sándor Pintér divulged was that "it was a good speech." 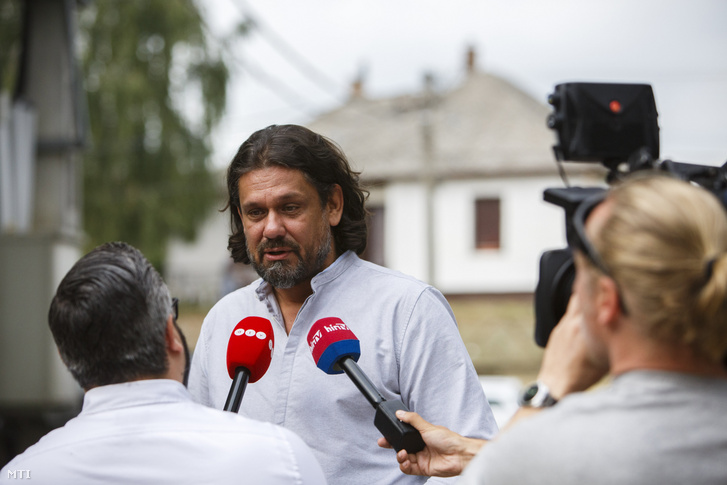 Chief of Fidesz's municipal campaign Lajos Kósa likened the PM's speech to Shakespeare, as "it is an utterly hopeless endeavour to summarize it in two sentences," and in a sense, Kósa is right; as information acquired by Index suggests, there were indeed no big announcements or declarations of large-scale action plans, instead, Orbán summarised and systematized his ideas about "nation-building," demography, and changes in European politics. Below you can find what we've managed to learn about the speech in a nutshell, though indeed, not in two sentences.

Nation-building with highways and railroads

As Atv.hu's article noted, Viktor Orbán placed a special emphasis on his strategy of "nation-building."

The Prime Minister did not waste much breath on the state of the economy, as he believes the country is on a great track,

taking the strategically important companies into national ownership was an adequate step, and the country must not stray from the path it had been taking during recent years.

What's much more important according to Orbán is that the development of the Hungarian economy should expand all over the Carpathian Basin, and it must improve the situation of the ethnic Hungarians living beyond the country's borders. Orbán noted that the Hungarian plans must not violate the interests of the neighbouring countries, therefore Hungary has to think about investments such as the Budapest-Belgrade railway which is useful for not only the Hungarians at Serbia's northern border but for Serbia as a whole as well, and Orbán said a plan for a Budapest-Cluj high-velocity railway is also in the making.

The Prime Minister spoke about rebuilding the entirety of Central Europe, because that is how surrounding countries can be made interested in these plans, and that is how Romanians would see an opportunity in the high-velocity railway connecting Budapest and Cluj.

Another element of Orbán's nation-building plan is to extend all the highways of Hungary to the borders, thus providing a better connection for Hungarians abroad to Hungary.

Increasing family subsidies, and same-sex couples' adoption rights to be on the agenda

The other subset of topics Orbán values highly is demography and family policies. With regards to family policies, Orbán reiterated the main points of his speech held at the Demography Summit last week (English coverage of that event is in the making); the government will soldier on with the Family Protection Plan and they will be raising the amounts available through family subsidies.

The Prime Minister said that the government will be dealing with two problematic issues after the municipal elections conclude. First, as he stated, there is a "gap in the law to be taken care of" with regards to the adoption rights of same-sex couples. Orbán did not elaborate on this ambiguous prophecy, it is unclear whether or not a total ban is on the way or he has other methods for "taking care" of the issue, however, what could be a clue as to what will happen is the "gap" itself: Orbán most likely meant the fact that while same-sex couples cannot legally adopt children in Hungary, nothing stops a member of a same-sex couple from individually doing so. Based on recent statements, our sources expect a ban.

Orbán said that the regulation of drug consumption is also going to be on the agenda after the municipal elections. Orbán did not go into specifics here either, but statements made by Fidesz's politicians hardly point towards liberalisation.

There will only be a breakthrough when Salvini is PM

The third topic Orbán talked about was foreign policy. The way the PM sees it is that both former Italian Minister of Interior Affairs Matteo Salvini and former Austrian Vice Chancellor Hans-Christian Strache have suffered defeats, but these are merely "temporary losses" for what he called the "national forces," of which Orbán considers Fidesz to be a part. 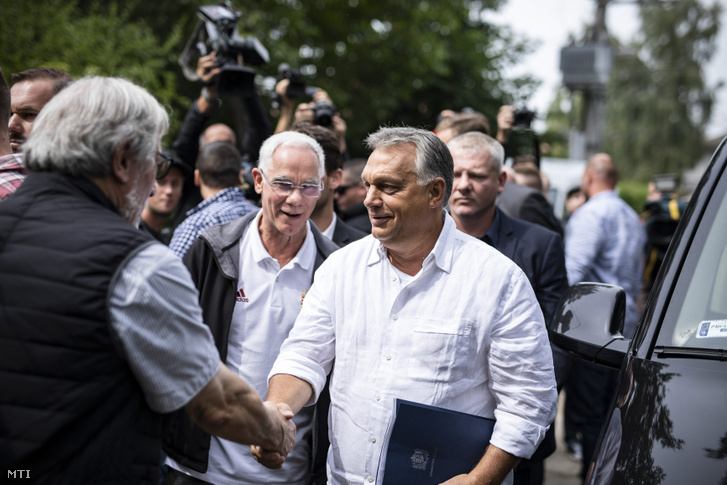 Orbán also spoke about the weakening position of Germany in the EU, which is how Macron, together with the V4 countries managed to tackle some of German Chancellor Angela Merkel's plans. But he also attributed this weakening of Germany to CDU having been forced into a coalition for a long time.

One of the advantages Hungary has over other European countries according to Orbán is that there is not a coalition government in Hungary, there are no coalition disputes within the government. As he put it, that is why Hungary was quick to act during the 2015 refugee crisis. Orbán said that at elections in the future, Hungarian voters will have to decide if they want a stable government or paralysing negotiations.

Fidesz's eyes are on Tarlós

Though most of the media and of politicians leaving the event were talking about what Orbán thinks of the upcoming municipal elections, our sources notified us that he hardly mentioned the topic.

The main reason for this is that others speaking before Orbán had delved into the topic at length, Budapest Lord Mayor István Tarlós for instance, held an hour-long lecture. All Orbán said was that the Hungarian right is watching Tarlós, who has much more voters behind his back in Budapest than his party, Fidesz. Therefore there is cause for optimism.

Our source attending the speech noted that the main takeaway was what Orbán said with regards to Fidesz's chances at the 2022 general elections:

"It's not the size of the dog, but its fighting spirit that matters."

(Cover: Zoltán Balogh, President of the Foundation for a Civic Hungary (the main organiser of the event) and former Minister of Human Capacities (left) welcoming Prime Minister Viktor Orbán at the Dobozy Mansion in Kötcse on 7 September 2019. Photo: Balázs Szecsődi / MTI)