Juhász Edina
Világi Máté
2019.09.19. 14:43
"The Amazon is a different world. There are no laws, no police, nobody can help if you are in trouble" – said Asensio Rodríguez, the Executive Director of Greenpeace Brasil, talking to Index about Jair Blosonaro's Brazil and the battles their activists have to fight every day. Our interview was conducted in June.

Despite the international protest and climate agreements, the Amazon rainforest in Brazil is still burning due to the expansion of agricultural areas. According to an independent environmentalist group, deforestation has increased by 20% since last August. One of the reasons for this is Jair Bolsonaro, who was elected in January;  the President and his Environmental Minister do not believe that climate change is a real issue, so they gave free rein to farmers who want to expand their fields by burning parts of the Amazon. Neither the protected areas nor the lands of the indigenous tribes are safe from the destruction.

What is it like, being an environmentalist in Brazil?

The best description is dangerous. Very, very dangerous. We are the number one country in murdered environmentalists and activists, and all of these murders remain unsolved. There are no laws, no police forces in the Amazon, everybody is on their own. Greenpeace is in a better situation because we have the means to ensure the safety of our colleagues. Even so, I got a report just before I left for Budapest about an incident where our activists were arrested by two men impersonating policemen. We could rescue our people, but many smaller organisations are not this lucky. You can't call the police in the jungle, or wait for help to arrive. In these cases, justice is almost never served.

Many environmentalists literally give their lives for the jungle.

Some of our people have to move every day. We try to do everything we can for their protection. Many of our activists are lost in the forest, and we might never know what happened to them. Even so, there are still volunteers every day, who know they are in constant danger, yet still go to work. 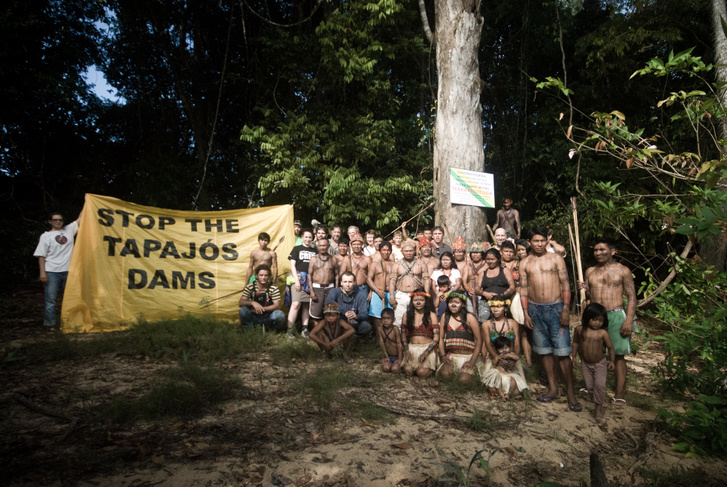 Members of the indigenous Brazilian tribe Munduruku and the activists of Greenpeace protesting against the construction of a power plant along the river Tapajos, in the heart of the Amazon.
Fotó: Anderson Barbosa / Greenpeace

The news we get from Brazil are a bit scary. Is the situation really that tense there?

I often say that Brazil is more interesting than Game of Thrones. Every day brings new changes to the country. Movements and protests on the streets against the government are getting more frequent. Bolsonaro is pushing towards exploration for mining, deforestation for agriculture, which would affect the whole forest and the indigenous people living in it. These are just a few reasons for the protests, there are many more, ranging from environmental topics to economic and human rights issues.

The new government, which is four months old looks very much like the old government. These kinds of protests usually start after a few years, not a few weeks. Jair Bolsonaro still has a lot of support, but he lost many supporters in the first 100 days. He won the election with 42% of the electorate, but according to research, now he would only get 30%. There were many people who voted for Bolsonaro in the second run not because they agreed with him, but because the wanted to vote against the other candidate. Luiz Inácio Lula da Silva was in jail because of corruption, so Fernando Haddad ran in his place, but many thought Lula is still pulling the strings.

So the people thought they were voting for the lesser evil?

Nobody could believe Bolsonaro won the election. It came as a shock for the population. According to the polls and all the research, Bolsonaro had no chance of winning. I think that even they were unprepared for governing. Bolsonaro had an agenda of course, but he has dissidents in his own government. He fired some of his ministers in the first months, because although he was a politician, he and his party had no experience of being the government.

So it sounds like he has bigger issue than protecting the environment, but most of the news from Brazil is about the destruction of the Amazon.

In Brazil, environmental protection is linked with economic issues, human rights, and the use of the land. One of the big groups supporting Bolsonaro are the land-owners, who would rather circumvent rules. They want to take this land from the indigenous people because most of the economy is based on agriculture.

They want to enter the protected area so they can work on as much land as possible, using as much pesticide as they want. They need the rules of environmental protection to change, to weaken.

Bolsonaro promised he will make the economy better. Is there a solution which stimulates the economy, but also ensures the safety of the environment?

Yes, he did promise to strengthen the economy. He wanted to save on government spending and wanted to start a wave of privatisation, but he is not having much success, he doesn't have enough support from Congress. 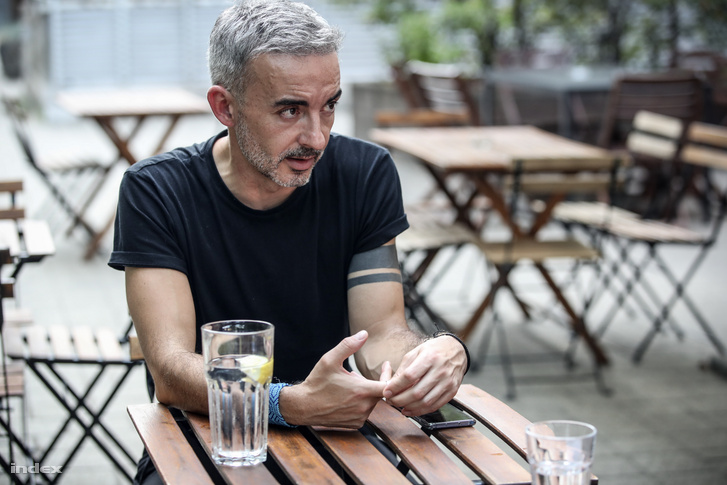 His other solution was to start drilling for oil near the coast and in the Amazon. He also wants to strengthen the agricultural sector and allow it to areas from where the current law bans them. In the last 20 years, there were a lot of rules – maybe not the best rules– and international agreements implemented to protect the Amazon. He decided not to follow these rules, and the Minister of Environment decided to block the Amazon Fund, which is the biggest fund supporting the Amazon through national NGOs. It's coming from Norway and Germany, and it's 3 billion euros per year (since then, in August, Germany and Norway froze their donations to Brazil – MV). The minister decided to block this money, and he does not release it to the NGOs to weaken their sector. 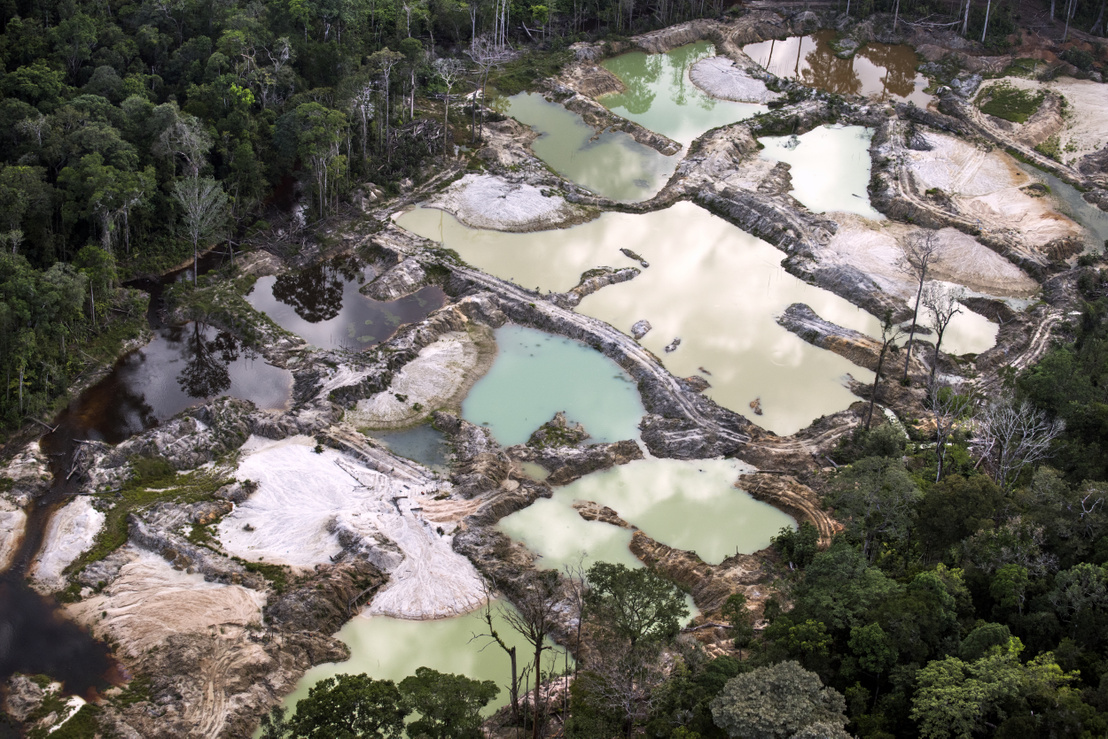 Why is the protection of the Amazon so important for us living on the other side of the planet?

The Amazon, physically, is far from Europe, but it is very important in the fight against climate change. We have to prevent the growth of emission in some countries, and we have to preserve the oceans and tropical forests. They retain CO2, and they are key in this battle. If the tropical forests were a country, it would be the third most important country in climate change protection after China and the US. Without protecting the Amazon, it is impossible to avoid the growth of global temperature by 1.5 Celsius. It's not just an environmental problem, it's also an economic and social problem.

It's a democratic problem, which will affect the whole world.

Even some big businesses are pushing climate protection worldwide.

What about the countries where the leader simply doesn't believe in climate change?

Nowadays, not believing in climate change is like believing in a Flat Earth. We can all feel its effects. The US and Brazil are both big threats with governments that deny climate change. It's unbelievable, but the Minister of Environment stated that climate change is a Chinese communist conspiracy. This is the starting point, from where we have to get to the point where we know climate protection is important. 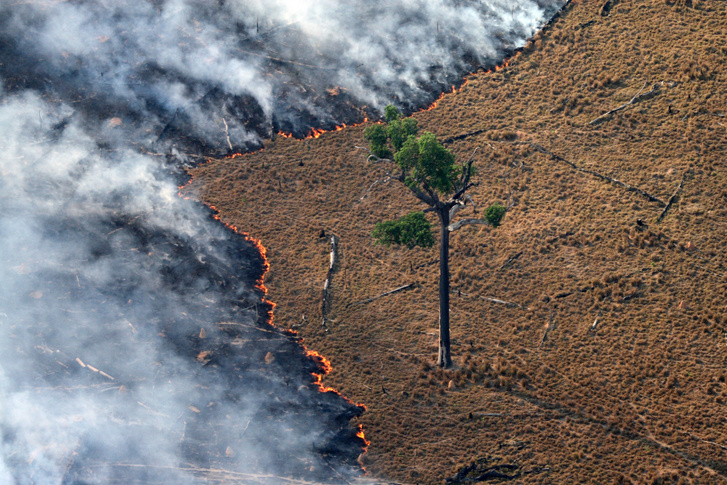 Pasture in flames at one of the deforested region of the Amazon
Fotó: Rodrigo Baléia / Greenpeace

The government is supported by the farmers I've mentioned before, but at the same time, there is a part of the business sector that realised that protection could be profitable for their businesses and companies, because, for example, the consequences could be really bad for the agricultural sector if the temperature rose too much. It helps that the people of some countries don't buy stuff made in the protected Amazon that help the destruction of the forest. Some of the business sector also rejects the products of destruction.

So is that all we, European consumers can do to fight the destruction of the Amazon?

It's one of the things. There are companies which promote climate protection as a marketing stunt but still profit from the destruction of the forest. A lot of companies that are working from Europe have products that originate from the Amazon. Not buying these products is one thing you could do as an activist. You could pressure the companies, you could participate in the actions and petitions of all the organisations working on this.

I think, as an organisation, we are trying to be pragmatic. You can do what you can do. Every person has to find their own way to help. It is better to do one thing than do nothing.

Today, it's easier to be informed than it used to be. Checking products for palm oil is a good step. If you can go vegan, that's great, if you can go vegetarian, that's great as well. Maybe you could have a meatless day every week. If you can ride a bicycle a couple of times a week, amazing. If you can't, maybe you can collect your trash selectively. Huge, drastic steps can intimidate an otherwise enthusiastic consumer, so I usually tell them to do it at their own pace. 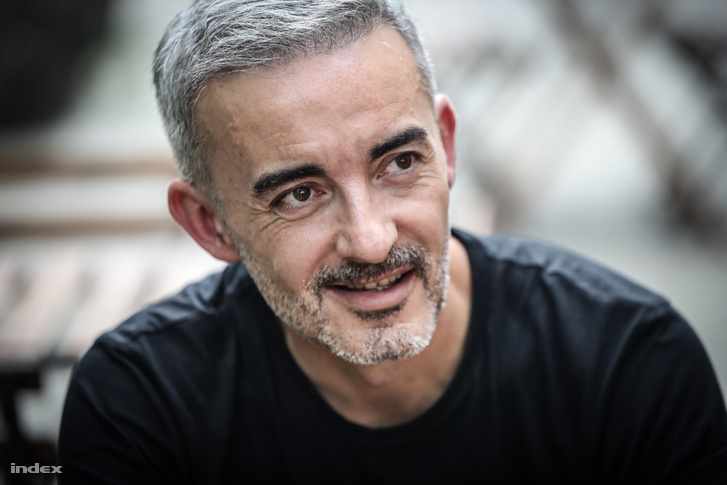 Does it matter at all? Can we stop climate change?

Well, we are not in a great position, but I'm optimistic. It's not easy, but we have to realise: it's not a fight for the monkeys, or trees, or birds of the Amazon. It's not even about the future of our great-grandchildren. It's about us, our present.

The theory saying we have to destroy the planet to make it liveable again is false. I want to think this is the kind of fight where the good guys win in the end.