Hungary is in the midst of a political campaign, and in such situations, Hollywood superstars shooting movies in Budapest ought to be careful who they are taking pictures with, otherwise, they can easily end up like Scarlett Johansson, and find themselves in a propaganda paper endorsing a candidate at a municipal election that they most likely did not even know about.

"You and I remember Budapest very differently."

Actress Scarlett Johansson finally had the chance to meet the incumbent Lord Mayor of Budapest, Fidesz's István Tarlós, and if we can believe the article published on Saturday by pro-government tabloid Bors, she could not help but swoon:

"The actress spoke highly of the fact that Tarlós, whose mayoral career spans over thirty years, runs for another five-year term after being a district mayor for sixteen years and the Lord Mayor of Budapest for another nine."

As Bors writes, the American actress, who appears to be suspiciously well-versed in both the local politics of Hungary and in the career of Tarlós, first visited Budapest twenty years ago, and she was "amazed by how much the city has transformed since then," and also, in a nod to the Hungarian Government's pro-family narrative, by the number of young families in Budapest:

"The actress especially liked the amount of young people and young parents with children she could see all over the city, which has great importance with regards to the future. That is not the case in most cities where she worked."

By the way, the paper that seems to be putting words into Johansson's mouth, Bors, is one of the more than 450 titles belonging under the giant, centralised pro-government media conglomerate that was assembled from media companies donated to the foundation by oligarchs close to the Hungarian government. As opposed to what Bors suggests (the article does not state when the pictures were taken), Scarlett Johansson did not visit Tarlós recently, the picture must have been taken at the end of June or at the beginning of July when Johansson was in Budapest shooting scenes for Black Widow, the upcoming piece of the Marvel Cinematic Universe.

Of course, there is nothing surprising about the fact that when Hollywood productions shoot outside the United States, it is rather common for their stars to have the obligatory photo-op with local politicians, to exchange pleasantries with them, and to nod while appearing to be interested in what they have to say.

With that said, it is rather difficult to believe Bors's claim that Johansson, an outspoken Democrat who does a stinging impression of Donald Trump's daughter Ivanka on Saturday Night Live and who openly stood up against the US President at the 2018 Women's March would go out of her way to directly endorse the mayoral candidate of Viktor Orbán, the first European leader to openly take a stand by Trump months before his victory in 2016. However, according to Bors, that is what happened, and they have the pictures to prove it: 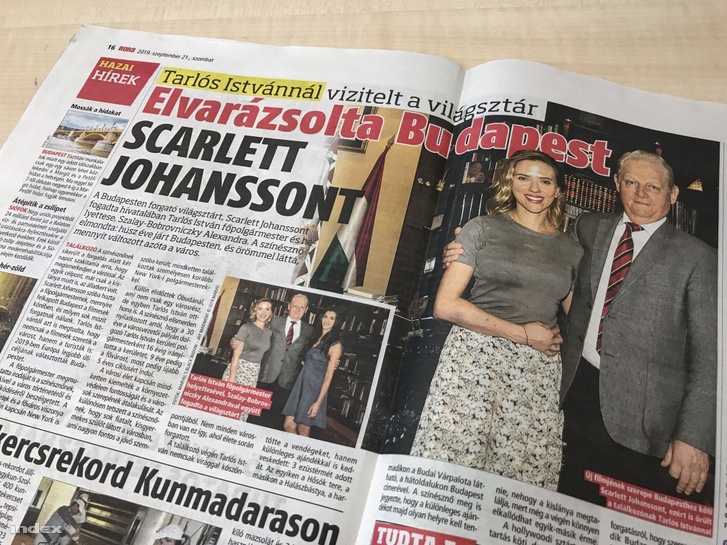 Which is the other interesting point - the photos are credited to Jay Maidment, Marvel's on-staff photographer and their copyrights belong to Marvel, which is owned by Disney, a company that keeps such a close watch on their intellectual property, especially regarding its political usage, that using their official pictures for purposes of campaign publicity was surely not approved, but to be sure, we have sent our questions to Scarlett Johansson's management regarding her meeting with István Tarlós. We will update our article as soon as we receive a response. 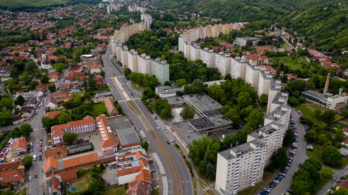