As we have reported earlier, the European Parliament's Legal Affairs Committee (JURI) rejected Hungary's first nominee for the European Commission for the second time on Monday morning due to possible financial conflicts of interest  the former Minister of Justice László Trócsányi might have. In a letter to the EP's President acquired by Politico, JURI listed their objections as such: 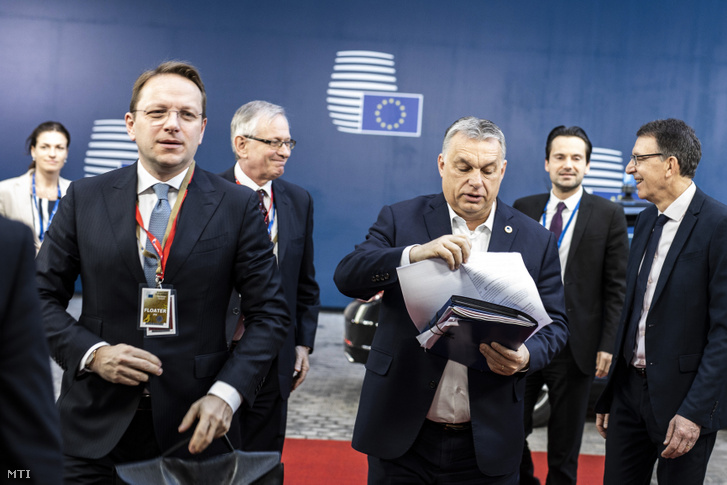 Answering Reuters' question, Orbán first asked back if von der Leyen already talked about Várhelyi specifically, and after getting an affirmative response, Orbán said he only wanted to clarify who let what slip, as he already spoke to von der Leyen on Monday afternoon. As Orbán said, the president-elect called the PM and asked him to nominate another commissioner instead of Trócsányi, but they did not talk about the portfolio as there were no changes in that. Orbán continued by saying:

"I told her that I am in a special situation, as Trócsányi was the top candidate on our list at the European Elections, and we have clearly communicated that he is our nominee for the Commission. Subsequently, this list received 53% of the vote in Hungary, and I do not believe that there is another nominee who received 53% of the vote, and we thought that this is such a strong democratic legitimation that would make the job of the President of the Commission and of the European Parliament easier, but that is not what happened. Of course I did not reject her request, but I cannot allow the European Parliament or anybody to cherrypick Hungarian politicians instead of the Hungarian people, so I have told the President that under these conditions, I'm nominating a technocrat."

Orbán lauded Várhelyi for his expertise in European matters and mentioned that he worked with the Commission earlier as well, he has routine, and he is not a political nominee. The Hungarian Prime Minister asked the President-elect of the European Commission to "somehow live together with that" and made his nomination of Olivér Várhelyi official.

As we wrote earlier, Olivér Várhelyi was appointed as Hungary's permanent representative to the European Union in 2015 after being deputy since 2011. For the past 25 years, Várhelyi has dealt with EU affairs as a diplomat and working in several ministries and had also worked on Hungary's EU accession.