Last Thursday, audio footage of a private conversation of Gergely Karácsony leaked to the public. The opposition's joint Budapest mayoral candidate can be heard talking about certain Budapest candidates, his infight with the XIV district organisation of the Hungarian Socialist Party (MSZP), and threats made against his family. The recording seems manipulated, but Karácsony says the footage contains nothing he did not publicly say previously. The parliamentary group leader of Karácsony's party Párbeszéd, Tímea Szabó says that the conversation was recorded in the National Assembly Office Building at the meetings of the party's governing board. The party reported the incident to the Budapest Prosecutor's Office on Tuesday, but the case is not yet at the police.

The recording first appeared on a youtube channel that regularly published political entertainment videos with anti-governmental messages, but it was shortly deleted along with almost all other content on the channel. On the most likely manipulated recording, Karácsony can be heard talking about opposition candidates, infights, and how MSZP's MP Csaba Tóth threatened his family. Karácsony talked about: 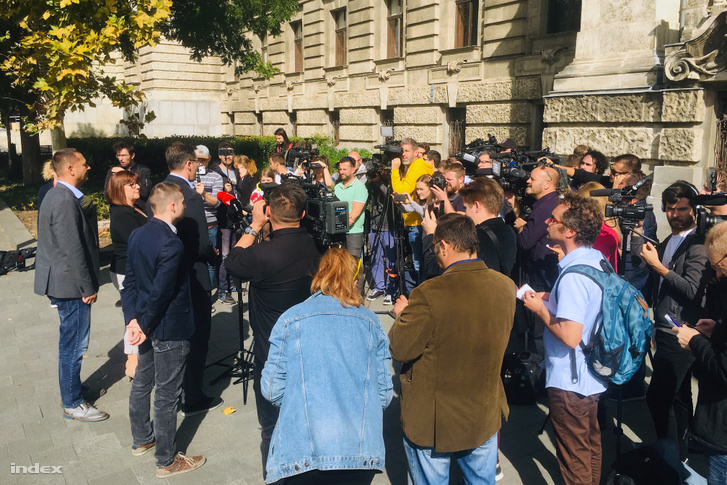 Karácsony: There is nothing here that I haven't publicly said before

At a press conference held last Thursday, the day after the publication of the audio footage, Gergely Karácsony told journalists that the recording is heavily cut and manipulated. and that making and leaking the footage was a crime and he would report it to the police - his party eventually turned to the Budapest Prosecutor's Office on Tuesday. Regarding what he said on the recording, Karácsony explained that:

Karácsony also said that the leak has actually helped his campaign, just like all attacks before, as "they are trying to threaten me, silence me, and intimidate me, it visibly does not work, and voters who think that all politicians are corrupt can clearly see that they are wrong." He also said that apart from the manipulation, he did not say anything on the recording that he did not publicly talk about before, even if worded less informally.

Not just a violation of the law, but also a message

So far, it is unclear who recorded and published the footage, however, Tímea Szabó told Index that after analysing the content and identifying the people who can be heard talking to Karácsony, the party found the recording to be heavily manipulated, as the questions and responses do not correspond to each other and seem to have been recorded at different meetings, all of which were held at the National Assembly's Offices, which means they were bugged in a building that is under state protection for reasons of national security. As Szabó said:

"Our suspicion is, as several parts of the recording show, that the footage is cut and manipulated. We analysed the content, and that is how we figured out who asked the questions and when, at which meetings, and in fact, Gergő's responses correspond to completely different questions about different topics that cannot be heard on the recording. We analysed the context too, at one point for instance, you can hear a child in the background, it's the voice of my son. 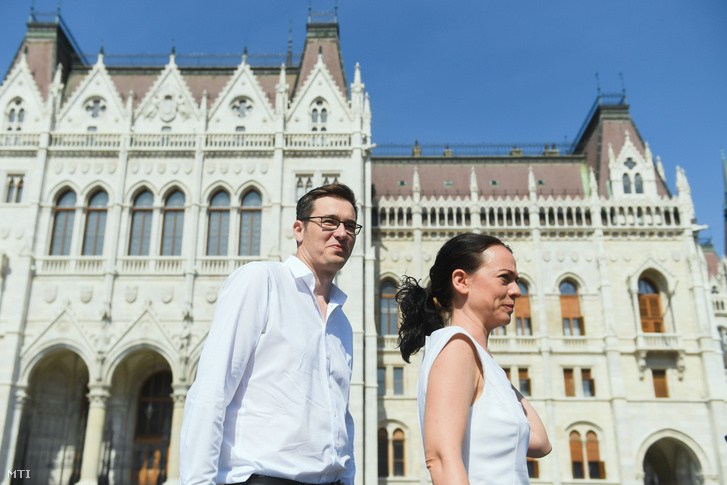 Szabó said that some parts were recorded as far back as February, during the first primaries held by parties MSZP, DK, and Párbeszéd to decide whom they would nominate as Budapest's mayoral candidate, some parts are from later negotiations about the opposition's joint district candidates. She ruled out the possibility that the recording originated from a member of Párbeszéd, she said the methods are in line what Fidesz was doing in the past few weeks of the campaign - masked trolls disturbing press conferences, lies, slander, and even police harassment in the VI. and VIII. districts, and according to Szabó:

"CLEARLY, IT IS NO ACCIDENT THAT THE RECORDING IS SO OBVIOUSLY DOCTORED, IT MAKES IT APPARENT THAT OUR CONFIDENTIAL CONVERSATIONS WERE surveilled FOR WEEKS, EVEN MONTHS. THIS IS NOT JUST AN UNPRECEDENTED VIOLATION OF THE LAW, IT'S ALSO sending A MESSAGE."