Let’s see who the mayor is sleeping with!
Opposition mayor blackmailed with sex tape, candidate accused of indecent exposure - the campaign moved into the opposition candidates' bedrooms.

Zsolt Borkai, the mayor of Győr (Fidesz) is not withdrawing from the municipal election this Sunday after pictures and a video showing him having sex with a prostitute on a luxury yacht surfaced on an anonymous blog over the weekend along with accusations of corruption. The mayor made his announcement in a statement to local Győrplusz TV on Monday afternoon, where he also apologised to his family. Borkai claimed that he did not break the law and did not use public funds to pay for the trip, and said that the pictures and the video are "partly real, partly manipulated".

An anonymous blog first published four pictures showing Fidesz's Zsolt Borkai partying on a yacht with well-known local attorney Zoltán Rákosfalvy and three young women on Friday. The unknown poster claimed that the pictures were taken last May on a trip to the Adriatic sea financed by gains from an illicit real estate deal involving the municipality, the women were prostitutes, and that cocaine was heavily consumed (though none was visible on the pictures themselves).

Index first tried to get in touch with Borkai on Friday but did not succeed - Borkai published a statement later in the afternoon reading:

"I regard the recently published lies about my person to be a part of the opposition's campaign circus that is meant to direct attention away from how incapable Győr's opposition is."

On Saturday, a picture showing Borkai having sex with one of the women on the previous photos appeared on the blog, followed by a twelve-second video on Sunday morning featuring the same scene, and a screenshot of Borkai's face on Monday shortly before the blog became inaccessible at its original address (since then, it seems to have popped up under a different URL).

The blog's owner calls himself "the Devil's advocate" and claims that as a lawyer, he participated in Rákosfalvy's corrupt dealings. The poster also threatened the mayor to publish more dirt on him, writing: "I will publish your coke-snorting" and "I do not only have footage from last May, but you are well aware of that too." 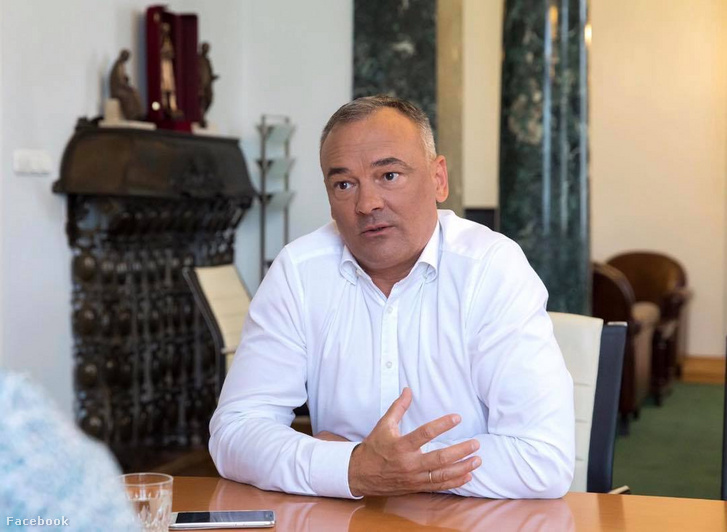 The poster accused Borkai of corruption and other crimes (but as of yet, with no actual evidence) and often mentions a certain real-estate deal: Agricultural lands around Győr were cheaply acquired by Rákosfalvy through off-shore business interests, after which these lands were rezoned as industrial areas and were subsequently sold to carmaker Audi for a much higher price. It must be noted that this story was widely publicised back in 2012, and the blogposts did not contain statements of fact that were not public before or could not have been deduced from previously published information.

Borkai: I'm not withdrawing from the election

On Monday afternoon, in his first public appearance since the start of the scandal, Zsolt Borkai made a statement to a local cable channel (published nationally by ATV) saying:

"The recordings published in recent days were made several years ago, and they are partly manipulated, and partly, yes, real. I am not proud of them, and I would like to apologise first to my family. I have made a mistake and I regret it. I did not use public funds to finance my trip."

Borkai then went on to read his statement claiming he had never used illegal substances, and that reports of his alleged consumption are merely manipulation, adding he never broke the law. Zsolt Borkai also stated that he initiated criminal proceedings regarding the case, adding that his "political opponents have tried every conceivable way to gather data" on him over the past few years only to make him stand down: "Their method: Drawing a parallel between my mistake and my political performance, while these two have nothing to do with each other," said Borkai,adding that the performance of Győr has been outstanding under his political leadership, which is why

"I will not give [the city] up without a fight to people who are incapable to lead it, incapable to provide progress for it. They want to keep me under pressure so I would withdraw my candidacy. (...) I will not withdraw. On Sunday, the people of Győr will decide if they would like to continue the work we've begun 13 years ago."