Despite the fact that more than 75% of eligible voters had heard about how the opposition parties are cooperating in larger cities, but only a fragment of those people, 35% know about the joint candidates and 62% has absolutely no idea who the opposition candidate in their town is. With pollsters Závecz Research, we tried to map the political mood of Hungarian towns in the countryside with populations larger than 10 000 people before the upcoming municipal elections on Sunday.

As there are polls being published about Budapest showing that the joint opposition might have a fighting chance against the still overpoweringly strong Fidesz, we have much less data on what is happening in towns in the countryside, though due to the cooperation of the opposition, there could be a number of close battles in Hungary's larger towns, which is something that did not happen in Orbán's Hungary since 2010.

Both the governing party and the opposition are trying whatever they can to get ahead in the campaign that is bustling with scandals, intrigue, denigration, and promises in a number of Hungarian cities.

But what is the public mood of countryside towns and larger cities?

That is the question the survey conducted for Index by Závecz Research examined by polling a 1000-people sample representative of the population of towns with over 10 000 inhabitants (apart from Budapest). The answers were recorded between the 23rd and 27th of September.

The answers to the first question made it apparent right away, that only 35% of respondents will vote based on the candidate's party,

but 53% said that their decision depends more on the personal qualities and the likeability of the candidates.

Dividing respondents by party preference shows that 41% of Fidesz supporters decide mostly by a candidate's party logo, while for 51%, it's the personality that counts. Supporters of the opposition, on the other hand, have a lower regard for party affiliation: 31% of them said that the candidate's party is the most important factor in their decision, while 60% said that likeability plays the more important role.

The motivations behind voting vary wildly between towns and cities with county rights. According to the results of the survey,

47% of people living in cities with county rights vote based on the party affiliation of the candidate, while in towns, that number is only 22%, and in the towns, typically having smaller populations, 68% of respondents said that they base their decision on the personal attributes of the candidate.

75% of all respondents have heard about the countrywide cooperation of opposition parties and that they are nominating joint candidates against Fidesz, and only 23% have said that they have never heard about it, while 2% could not or did not want to answer our question.

As opposed to that, only 35% of those living in larger cities said that they could get acquainted with the joint candidates of the opposition, 62% said they could not.

The survey shows that two weeks before the elections, there were an exceeding amount of undecided or hiding voters, 36% of respondents said that they do not know for whom they are voting or they are not voting at all, 38% would choose the candidate of the governing party Fidesz, and 26% said they would surely vote for the opposition.

And how attractive are rainbow coalitions for voters? Only 13% of respondents have said that it's important the candidate of the joint opposition hails from a party they personally support.

It's interesting that while the opposition's joint mayoral candidates are rather unknown to the public, the respondents in cities have well-formed opinions about the incumbent municipal leaders, and the majority approve of their mayors: 66% of those who know their mayor have said that the promises and plans their incumbent mayor made five years ago have mostly been realised.

The highest number of people gave their mayors a four-star rating (out of 5), 7% gave two stars, while 22% said that their mayor deserves five stars.

Examining the influence that mayors' performances and party preferences have on the vote also yielded interesting results. As shown above, 39% of city-dwellers would vote for Fidesz, 32% would vote for opposition candidates, and 29% would or could not answer.

But even 48% of Fidesz-supporters are willing to vote across party lines if they are satisfied with their incumbent mayor who is from the opposition.

38% of them would not vote for an opposition candidate under any circumstances, 15% refused to answer.

The answers to our question to supporters of the opposition regarding the reelection of incumbent mayors of Fidesz showed a similar picture - 50% of opposition supporters would be willing to vote for their incumbent Fidesz mayor in case they were satisfied with their performance. It's interesting that the rejection rate there was 41% and only 9% refused to, or could not answer. 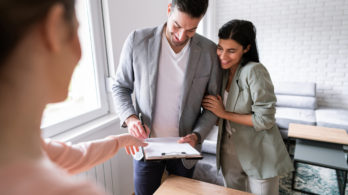