Do we think Budapest is a good city? Biró Marianna
Szémann Tamás (adatvizualizáció)
Translation: Máté Világi
2019.10.11. 17:19
We did not ask about political views, or about a person’s popularity. We wanted to know what the citizens of Budapest think about their quality of life and prospects in the capital. While the popularity of a candidate significantly affects how people view the progress of the past five years, Závecz Research’s survey for Index also found out what makes the people of Budapest the most miserable.

Exactly half of the Budapesters think that they live in a developing city, 41% thinks the city is stagnating, and 8% believes that the city is declining, as shown by the results of the survey Závecz Research conducted for Index.

Our representative survey did not examine political preferences since we were more interested in how satisfied people are with the leaders of the city, and what they think Budapest's strengths and weaknesses are. It is clear from the data that Budapest's population is way more critical than the people living in smaller cities, although it is nothing personal: opinions on city and district leaders are much more positive than what people's satisfaction with the city's public services would lead us to believe.

We asked 1000 adults from Budapest in the representative survey conducted between 30 September and 4 October. The most prominent aspect was the preparedness of the voters in the capital: when asked if they knew who the incumbent mayor was in their district, 79% could name theirs and 21% could not. Quite a lot of people knew their district's opposition candidate too: 58% did, 42% did not.

Even more people knew the name of the current Lord Mayor of Budapest. When asked, 84% of people could name István Tarlós, while only 16% did not know the name of the Fidesz-KDNP Lord Mayor. 75% knew Gergely Karácsony is the candidate of the opposition, while 24% did not, and 1% said a different name.

But how satisfied are Budapesters with the development of their districts and with their mayors' accomplishments in the past five years?

Only 4% of respondents gave a score of 1 to their district mayors, while 18% gave a perfect score, 5, to theirs.

9% of respondents gave a score of 1 to the Lord Mayor and the Fidesz-led General Assembly, 17% gave their performance a passing grade, 2, and 34% gave 3 points for the past five years. 20% thought the Budapest leadership deserves four stars, and 16% were exceptionally satisfied with the leadership of Budapest.

When we asked if the usual campaign promises ever came into fruition, the answers were quite interesting. Regarding respondents' respective district mayors, 47% says the mayors have kept most of their promises, 8% thinks they've kept all. 15% believes most of the promises were not kept, while 7% said none of the promises was kept, and

18% of respondents did not even remember what their mayors promised them five years ago.

Considering the lord mayoral promises made five years ago, 8% thinks Tarlós delivered on all of his promises, 35% believes he kept most of them. Nearly the same amount of people, 32% said most promises were not kept, and 5% said they are exceptionally disappointed in the Fidesz-led city because they think that none of the promises was kept. However, 14% did not know what was promised to them during the previous campaign.

The share of people who are satisfied with the city's development and of those who are not were almost equal: 50% said that Budapest is developing, 41% believe it's stagnating, while 8% believe the city is in decline.

All of this data is nuanced by the answers to our questions about the public services and other duties of municipal governments. According to our research,

On average, the only things Budapesters rated 4 points or higher were the city's cultural life and its entertainment opportunities.

In contrast, on topics such as fighting corruption, the level transparency, or even on such mundane subjects as the number of parking spots (which is probably related to the unkept promise of building P+R spaces and other steps to improve the situation), respondents did not even give the city a mediocre rating (3): The average score given for anti-corruption measures is 2.4, while parking received only 2.5 points.

According to the survey, Budapesters are extremely dissatisfied with the state of roads and sidewalks (they rated it 2.5 on average), but they were just as critical about the management of roadworks (2.7). With regards to healthcare, our survey only focused on outpatient services, as hospitals are no longer municipal competence. The accessibility of outpatient services was rated 2.7, probably due to the long waiting lists and other issues with receiving patients. The standards of healthcare in Budapest also got 2.7 points.

Interestingly, one of the oft-mentioned trouble spots of the city, the Budapest public transportation system ended up amongst the highest-rated services, although that still only means an average of 3.4. The other hot topic in the public discourse of recent times, housing, also received a mediocre score: 3.3.

One thing is certain: regardless of party preferences, our respondents all seem to agree that there is room for improvement in the city. However, 36% of people said that their taxes are wisely managed by the city, while 46% believe their money is not spent on the most needed projects.

The opposite was true when we asked about the respondents' districts of residence: 46% said that their district mayor and his or her staff allocate funding for the right projects, while 37% thinks that their tax forints are not funnelled towards the improvements the locals need the most. 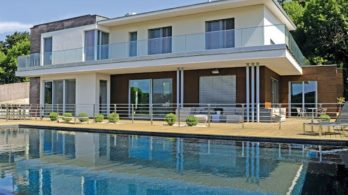