Kovács Zoltán
2019.10.30. 22:46
Hungary is a member of NATO and the European Union, but that does not rule out political cooperation with Russia, Hungarian Prime Minsiter Viktor Orbán said at his joint press conference in Budapest with Russian President Vladimir Putin, who added that they discussed how to normalise the relationship between Russia and the EU, and how to solve the crisis in Ukraine.

Russian President Vladimir Putin arrived at Budapest on Wednesday afternoon and headed straight for the Hungarian Prime Minister's Office in the castle district of Budapest. Russian state news agency TASS reported that Putin greeted PM Viktor Orbán by saying he is always amazed by the city of Budapest, to which Orbán lamented:

"It is beautiful, but we just lost it at the elections. There were only two cities in Europe without leftist leaders, Madrid and Budapest. Now there is only Madrid."

Following the meeting of the two leaders, members of the Hungarian and Russian delegations signed economic, social, security, and sports agreements between the two countries, and afterwards, Putin and Orbán began their press conference.

Orbán: Cooperation has to be improved

In order to be able to take steps forward, Hungary and Russia hold bilateral meetings every year, Orbán said at the beginning of his speech, adding that 2018 is the first year since the implementation of sanctions against Russia that trade volume increased between the two countries. Orbán noted that as Hungary buys oil and natural gas from Russia, they have a considerable trade surplus which has to be balanced, therefore Hungary wants to offer exportable goods that the Russian market will accept, which is what they are striving for. 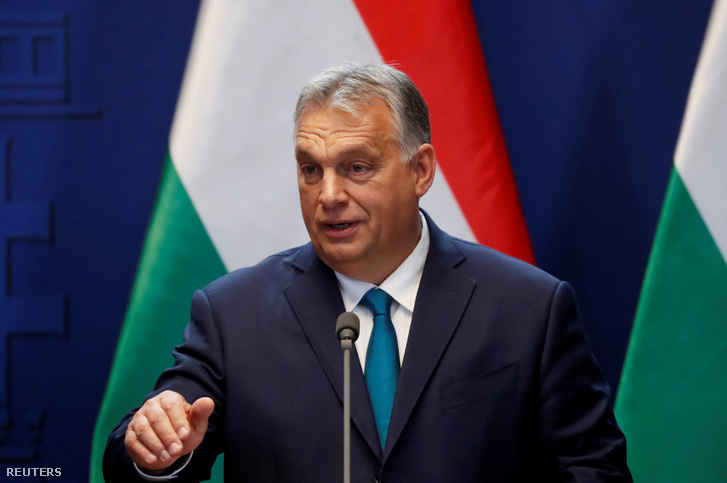 With regards to the political cooperation between Russia and Hungary, Orbán said that no country can choose their address, explaining that Hungary had always been within the triangle of Berlin, Moscow, and Istanbul. The Prime Minister said that even though Hungary is a member of NATO and of the European Union, that does not rule out establishing a political cooperation with Russia (though spokesperson Zoltán Kovács just told the BBC that Hungary "cannot have a more specialized relationship with Russia than any other European country because there are confines by the very rules of belonging to the European Union.")

Orbán said that this cooperation extends to handling migration, protecting persecuted Christians, and securing the stability of the Middle-East, as there are Hungarian interests there as well: if the region is destabilized, refugees from there will cross Hungary to get to Western Europe. Orbán concluded his speech by urging to improve cooperation between NATO and Russia, reiterating what his Minister of Foreign Affairs said that morning: If there are tensions, Hungary loses, but if that relationship is good, Hungary wins.

Vladimir Putin first lauded the many years of "successful, high-level, and high-quality cooperation" between the two countries, announcing that they signed a significant economic agreement after looking over this cooperation, and they will keep working on improving bilateral trade further. 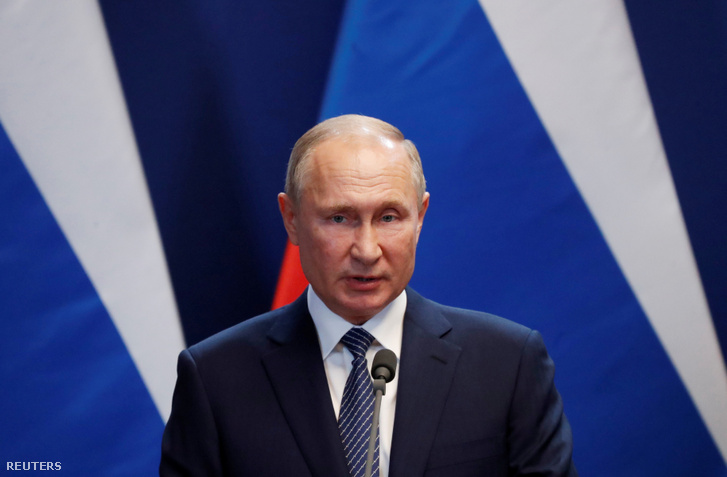 Putin said that Hungary is a prioritized partner in Russia's natural gas export to Western Europe, and he holds the construction of the new blocs of the Paks nuclear plant in Hungary to be very important as well. The two leaders also discussed how to normalize the relationship between Russia and the European Union, how to solve the crisis in Ukraine, and how to politically regulate the conflict in Syria, Putin divulged.

FOLLOWING THE SPEECHES OF ORBÁN AND PUTIN, ONLY RUSSIAN INTERFAX, RUSSIA TODAY, THE HUNGARIAN STATE TELEVISION, AND ORIGO, THE FLAGSHIP OF THE HUNGARIAN PRO-GOVERNMENT MEDIA CONGLOMERATE WERE ALLOWED QUESTIONS.

Orbán was asked about the Hungarian veto on a joint declaration of NATO ambassadors about Ukraine. The Prime Minister repeated what his Minister of Foreign Affairs said earlier on the same day, explaining that the Hungarian minority in Ukraine suffers discrimination and is under threat, adding: 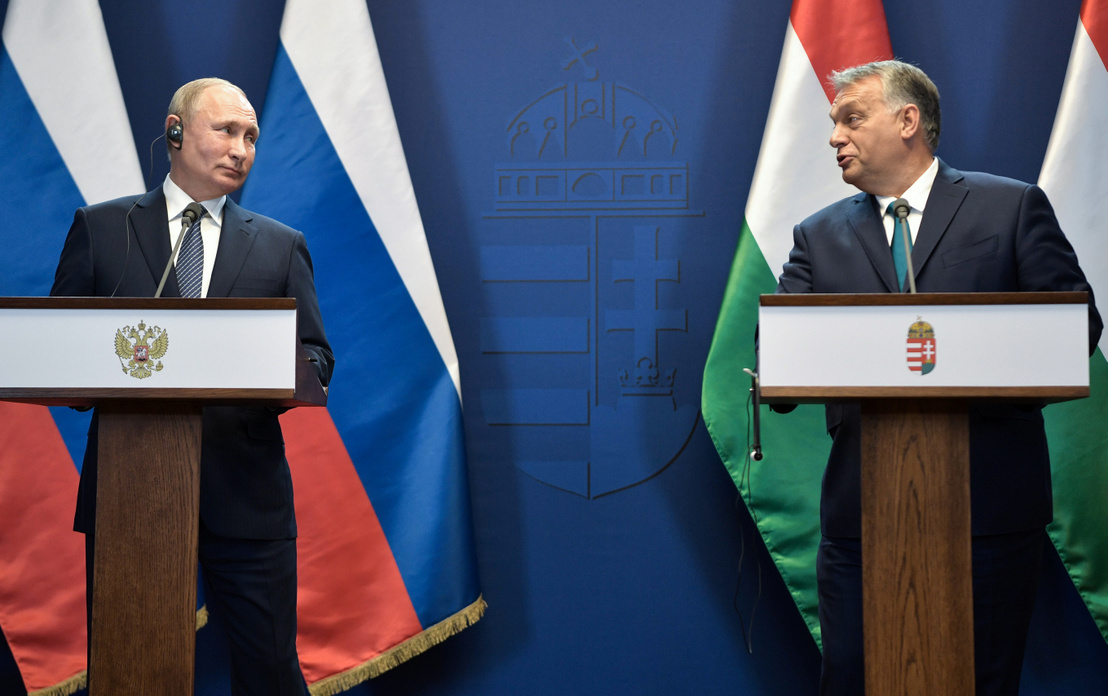 Orbán also noted that Hungary did not veto the declaration, just "suggested its reconsideration," which is in stark contradiction with the announcement made by FM Péter Szijjártó on Wednesday morning. Orbán noted that the relationship between Hungary and Ukraine is often interpreted by international media through the lens of the Russian-Ukrainian relationship, but that is wrong, as Hungary has its own national issues with Ukraine, which the PM hopes would be eventually resolved with new Ukrainian President Volodymyr Zelensky.

Putin told Russia Today that Zelensky does not "look like a Ukrainian nationalist," but said that he is unsure that he will be able to handle the situation in Eastern Ukraine.

With regards to Hungary joining the TurkStream natural gas pipeline, Orbán explained that Hungary's goal is to achieve sovereignty in terms of energy security as well, which means not only the diversification of source countries but of transit countries as well - Hungary does not want to rely only on Ukrainian gas transit, and that is why he understands that Serbia does not want to receive gas only through Hungary either. Putin noted that he hopes that the pipeline's Black Sea section would be completed by the end of the year.

All throughout the day of Putin's arrival, Hungarian opposition parties protested Putin's arrival. In the morning, Párbeszéd, the party of Budapest mayor Gergely Karácsony hung a sign from above the Buda tunnel featuring Putin, Erdogan, and Orbán, reading "Dictators." Spokesperson Richárd Barabás told journalists that Orbán's deals with Putin only resulted in vulnerability and debt.

On Wednesday afternoon, LMP held an event on Blaha Lujza square on Wednesday attention protesting the new blocs of the Paks nuclear plant built by Rosatom, saying "Kádár used Russian tanks, Orbán uses Russian atom to rule over the people" adding that this project is going to push Hungary in debt for generations. The party issued a list of topics they think Orbán should discuss with Putin: The annexation of Crimea, the imprisonment of Russian opposition politicians, harassment of Russian NGOs, and LGBTQ rights.

Also during the afternoon, Deputy Chairman of MSZP (Hungarian Socialist Party) László Szakács said while Hungary's interest is to have balanced relationships with all major world powers, the relationship with Russia is rather submissive, with Putin "arriving like the owner" to question the Hungarian leadership about projects such as the IIB or the new blocs of the Paks nuclear plant.

At the time of publishing this article, two parties have responded to the press conference of Orbán and Putin: