On Monday, the ruling coalition Fidesz-KDNP's supermajority in the Hungarian Parliament had elected Tünde Handó as a member of the Constitutional Court for a twelve-year term and reelected Péter Polt as Prosecutor General for another nine years.

Tünde Handó, the former head of the National Judicial Office was nominated to fill the vacant position on the Constitutional Court last Monday by the Parliament's ad hoc committee as the sole candidate after a last-minute nomination from Fidesz. Prosecutor General Péter Polt was suggested for reelection by President János Áder on Thursday.

Most opposition MPs had left the chamber of the Parliament during the vote in protest of the two candidates without even picking up their ballots, but 164 MPs still participated (including lawmakers of Jobbik who voted against both Handó and Polt), and the results were the following:

meaning Tünde Handó became a member of the Constitutional Court for twelve years, and Polt Péter secured nine more years at the helm of the Prosecutor's Office, which, if he keeps his office for the entire term, would make him the second longest-serving Prosecutor General in Hungarian history with 24 years.

Péter Polt was first elected as Prosecutor General in 2000, during PM Viktor Orbán's first governance and left the position after his term expired in 2006. He was reelected in 2010 and was the first PG with a nine-year term in accordance with the rules accepted by Fidesz's first parliamentary supermajority shortly beforehand. Since then, there has been a drastic drop in Hungarian corruption investigations.

Tünde Handó, who was just elected as the new member of the Constitutional Court, was appointed to her former position in 2012  as the head of the newly minted National Judicial Office (NJO) during Fidesz's judicial reform. In this capacity, Handó had several conflicts with the highest forum of judicial self-governance, the National Judicial Committee over appointments of judicial leaders, and the detrimental effect of her activity on judicial independence drew significant international criticism, which she did not address at her hearing before the Parliament's Justice Committee last week. Handó's term as the President of the NJO would only have expired in 2021, and as of yet, nobody has been nominated as her replacement. 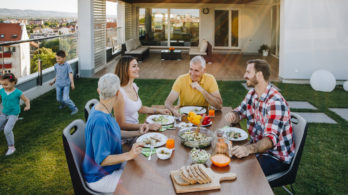