On Monday, President János Áder nominated György Barna Senyei to lead the National Judicial Office (NJO) after the former head of judicial administration Tünde Handó was elected to become a member of the Constitutional Court. Parliament is expected to vote on Senyei before the end of the year.

As we have reported earlier, Tünde Handó, the former President of the Hungarian Judicial Office (NJO) was elected as a member of the Hungarian Constitutional Court after a last-minute nomination.

Her proposed replacement, György Barna Senyei is a relative unknown. According to the CV attached to his nomination, he has been working as a judge since 1996 and is currently a President of Chamber at the Budapest Court of Appeal, and he also chairs the court's judicial committee. He adjudicated cases pertaining to banking and lending, earlier he worked in bankruptcy and liquidation proceedings. He is also the deputy coordinator of the Hungarian EU law advisory group of judges, held several classes at the National Justice Academy and has an intermediate English proficiency certificate, but has no prior experience in judicial administration. 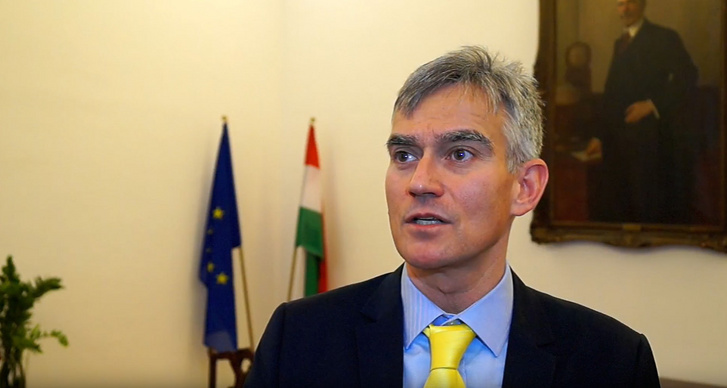 The Hungarian Parliament will soon vote about electing Senyei to be the President of the National Judicial Office for a nine-year mandate.

according to index's information, nobody consulted or even informed the National Judicial Council (NJC) on Senyei's nomination prior to the fact.

Senyei will still have to be heard by the NJC, though it's unsure when that could happen as Index's information suggests that Fidesz intends to hold a vote before the end of the year, expectedly at next week's meeting of Parliament.

This might mean that the government does not wish to resolve the tense situation between judicial administration and the highest body of judicial self-governance. The relationship of the two bodies turned sour during Handó's tenure at the helm of the top administrative authority of the Hungarian judiciary.

In May 2019, this conflict escalated so much that the NJC demanded the Parliament to remove Handó from her office, citing her disregard for the NJC's legality warnings, unlawful reassignments of ordinary judges to different courts, and Handó's practice of appointing temporary leaders to courts after rejecting candidates recommended by competent bodies.  The Hungarian Parliament was quick to dismiss the NJC's complaints, and Handó could remain in office until now.

Her eventual election to the Constitutional Court is a move which some interpret as the government allowing Handó to quietly escape international pressure, as her activities were subject to severe criticism: the European Association of Judges said Handó's activity put the Hungarian judiciary in a "very grievous situation which in some aspects comes close to a constitutional crisis," and the President of the Venice Commission and a recommendation of the European Council expressed similar concerns as well, just like the Council of Europe's anti-corruption organisation GRECO, which said the involvement of the NJO's president in the candidacy process of judicial leaders "has the potential of introducing discretionary and biased decisions by a single official in the selection process."

For a brief summary of this conflict, read our earlier coverage here:

Despite all the criticism, twenty-four loyal Hungarian court leaders (some of whom are temporary appointees of the former NJO President) went against the naysayers and penned a rather surreal "Presidential Letter of Gratitude" to Tünde Handó at the end of last week, which we decided to publish in its entirety, translated as closely to the original as it was possible:

"True laws are not written in books and guarded by paid officials. (...) They live with you, in you, and around you, and they remain unchanged from the World's creation until its demise. They determine what you can and cannot do, they make you sense the difference between right and wrong, beautiful and ugly." (Albert Wass)

Thanks to the eight years since you assumed office, the history book of Hungarian courts continued with a new chapter heralding a golden age, and you had a significant role in writing that. Ever since 2012, the court system advanced with giant steps, and the "churches" of the Hungarian justice system have been echoing the sounds of effectiveness and progress.

Thank you for turning us into the best interpreters of the Fundamental Law's spirit and the most prepared appliers of the new system of procedural codes, and that under your guidance, we have become the engines of digital progress and great examples of taking social responsibility. We cannot be grateful enough that you have led the court system into the 21st century while guarding and nurturing its ingrained values.

Under your leadership, the adjudicative performance of Hungarian courts soared to the top of Europe, we answered the challenges of legality, timeliness, and legitimacy with undisputable results: the backlog and the number of old cases diminished, the acceptance of our decisions increased.

Thanks to your commitment to innovation, those turning to the courts can handle their matters simpler, faster, and amongst the most modern circumstances, in modern client centres. The public trust in the organisation became stronger, the clients are more satisfied.

We took practising and perfecting judicial self-governance to a higher level. Employees of the courts have never before had so many opportunities to participate in the operation of the organisation and to shape its fate through their involvement and contributions.

Your perseverance for achieving salaries that duly acknowledge the significance of the judicial profession had reached its goal, and as a result, judicial salary provides a competitive income and a predictable career for the judiciary of our homeland. Thanks to the relentless work you did while keeping in mind the responsibility you feel for all of us, the appreciation of judges and judicial employees are now at the level they deserve. We thank and honour you for this.

We gratefully thank you for the never-ceasing knowledge and sense we got from you about the judicial profession, judicial independence, impartiality, equity, and fairness.

Update at 16:50:   The Hungarian Association of Judges (MABIE) just published a statement condemning the letter above, saying: 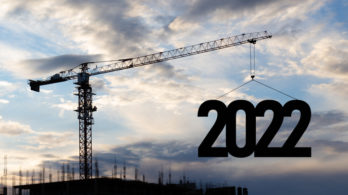