You don't need to be a real estate expert to see that in recent times, the Hungarian housing market was in a perpetual gold-rush - in the past couple of years, prices produced double-digit growth. But much of the current data shows that this trend could be coming to an end, and real estate values will keep slowly climbing instead of the unprecedented explosion that had been going on since 2015.

We are going to visually demonstrate this process using data from the Hungarian Central Statistical Office's real estate database that compiles information about sales of second-hand homes based on the actual sales figures rather than advertised prices.

Most complaints about out-of-hand property prices concern Budapest, but life did not stop in larger towns outside the capital either. The foreign-currency loan boom during the first half of the 2000s already created a similar increase in prices as the current wave, however, in 2006, the average price per square metre of homes in larger cities in the countryside still remained under 200 000 Forints (~€600 at current rates). 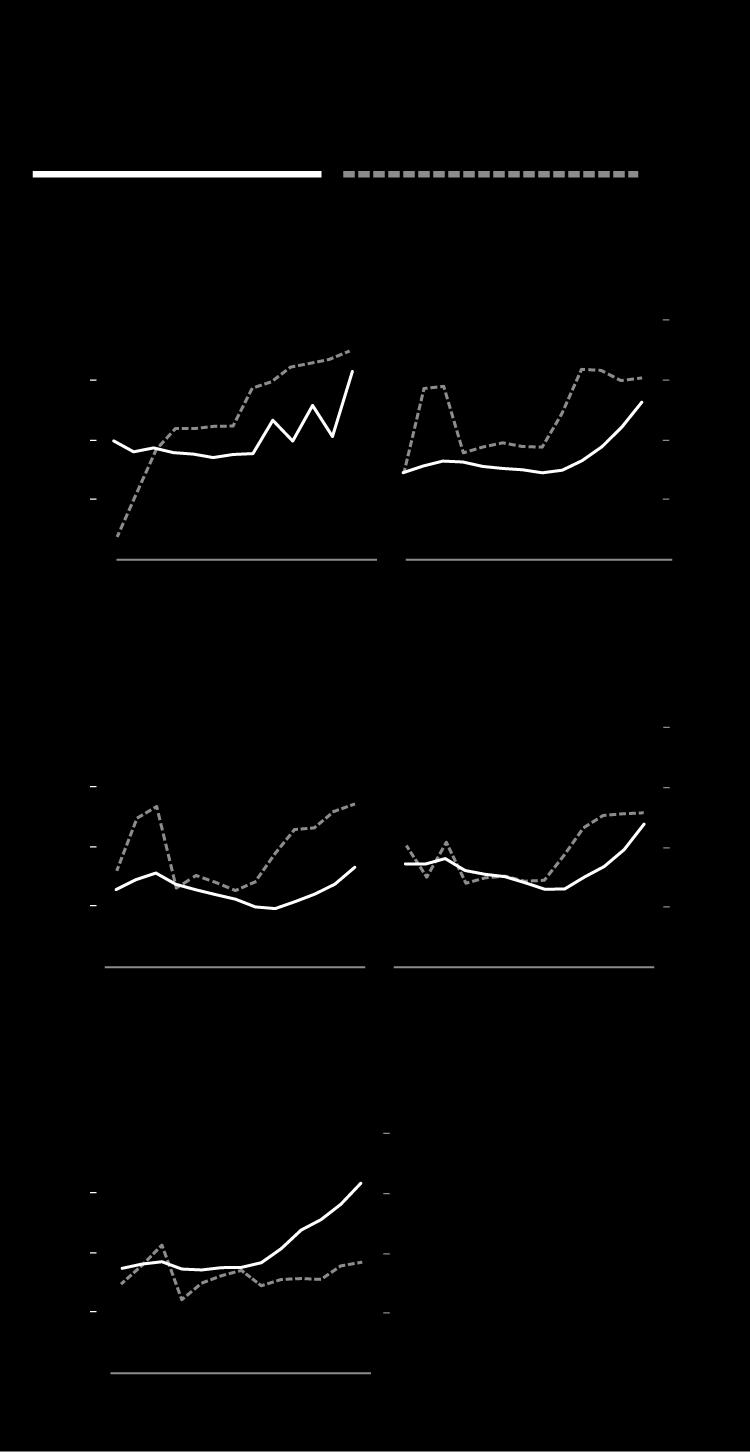 But the latest boom quickly drove prices way past their 2006 levels: The comparative maps below show many streets turning yellow over a ten-year period, indicating that more and more streets have entered the price category of 300 000 - 400 000 Forints per square metre (€900-€1200). On the 2018 maps, there are hardly any green streets left, the only exception is Miskolc. The city situated in the north-eastern part of Hungary remained surprisingly cheap compared to other cities of similar sizes that similarly have universities, prices seemed to go up only in a few suburban streets close to the downtown area. Debrecen, on the other hand, saw a price hike only comparable to Budapest, the cost of homes there almost doubled in 12 years. 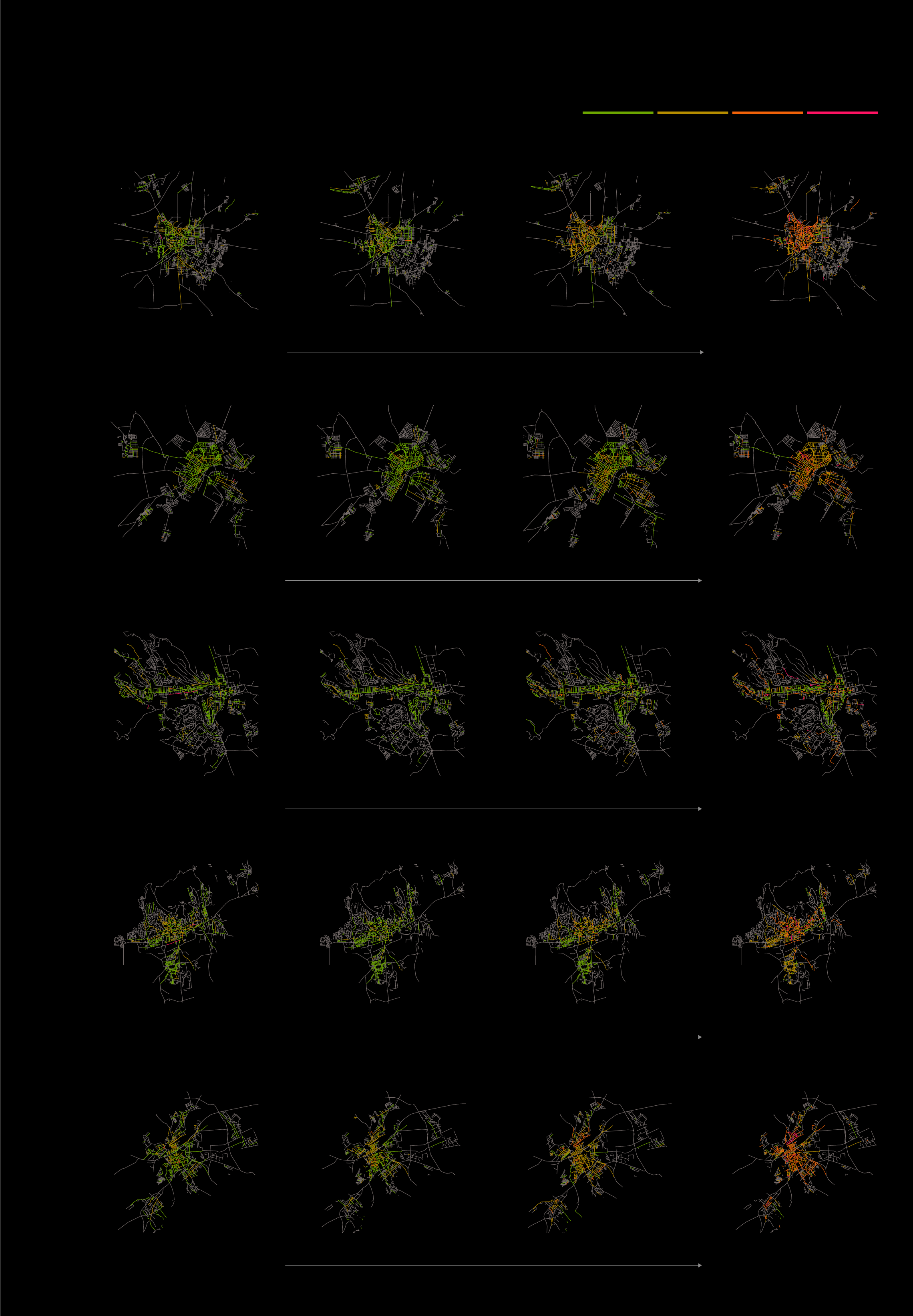 Of course, this process was even more dramatic in Budapest; Cheap properties have all but disappeared in the capital during the past decade, along with the opportunity for self-owned homes for many individuals. In 2006, the average price per square meter was below the 250 000 Forint mark in most of Budapest, but by 2018, those low prices became extremely rare, and all of downtown Budapest skyrocketed to the 500 000 - 1 000 000 Forint (~€1500-€3000) category. But there are more and more homes going for even higher prices, most of which are in the V. district, and based on the average prices, the most expensive address in Hungary is also there - Dorottya street, situated between Vörösmarty and Széchenyi squares. 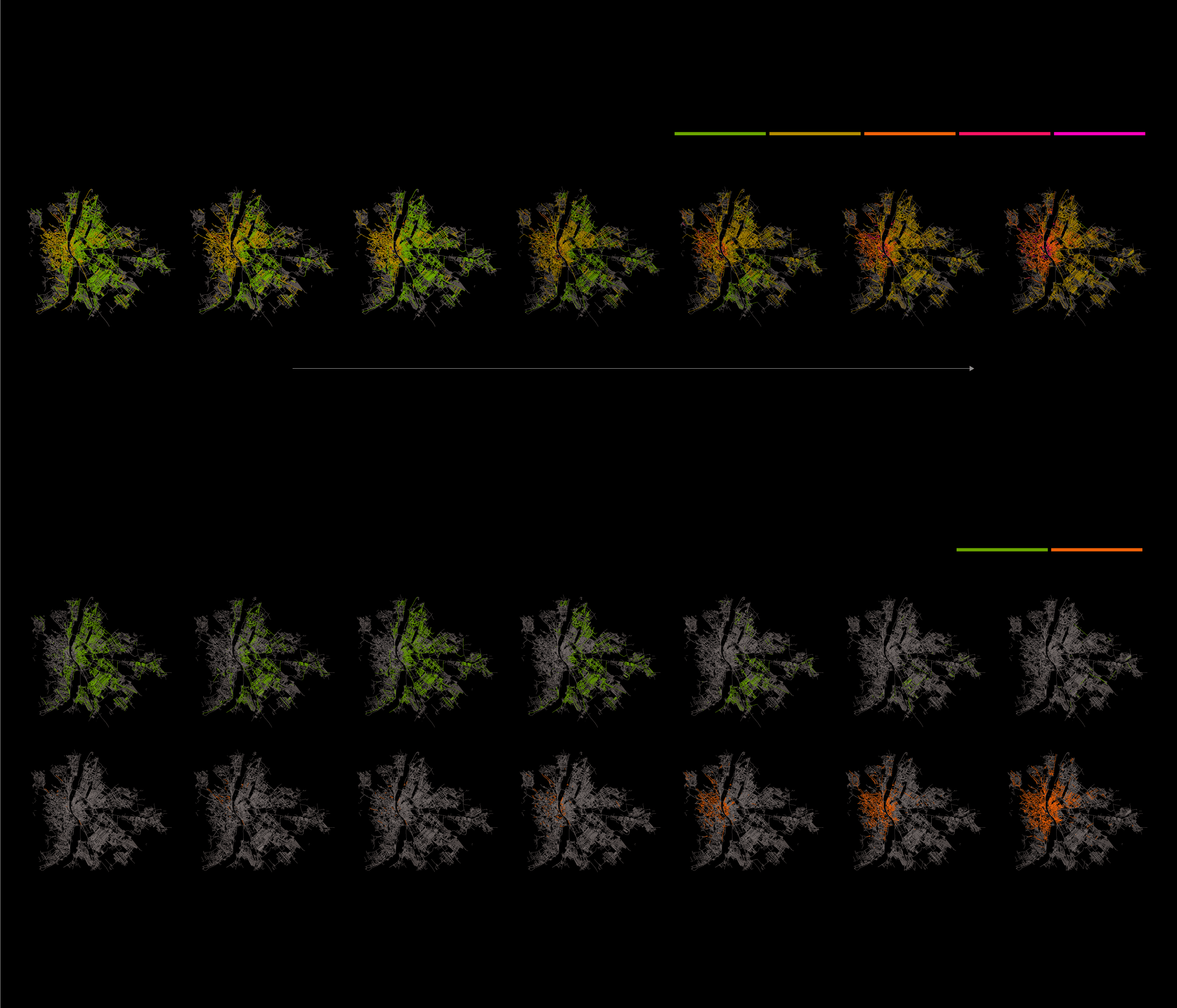 Cheap housing options are vanishing as luxury neighborhoods are multiplying

Average cost per square meter by streets based on sale. source: KSH ingatlanadattár

The average cost per

has more than doubled

Cheap housing options are vanishing as

Prices significantly increased everywhere though, but proportions were not generally the same everywhere. In some streets, buying homes in the mid-2000s turned out to be an extremely lucrative deal for investors, but even for private individuals, since prices have tripled, or even quadrupled in a little over a decade. Palotanegyed, the VIII. district neighbourhood on the Western side of Budapest's Grand Boulevard and the similarly located party district of the VII. saw prices drastically explode, however, the demand there is not so much generated by home-owners but investors looking for short-term rentals, but some of the more infamous streets of the VIII. district also managed to increase their prices. The figures show that reconstructions of public spaces greatly increased the value of the nearby real estate, for instance, turning Lövőház street in the II. district into a pedestrian zone quadrupled the prices of homes even in nearby Fény street. 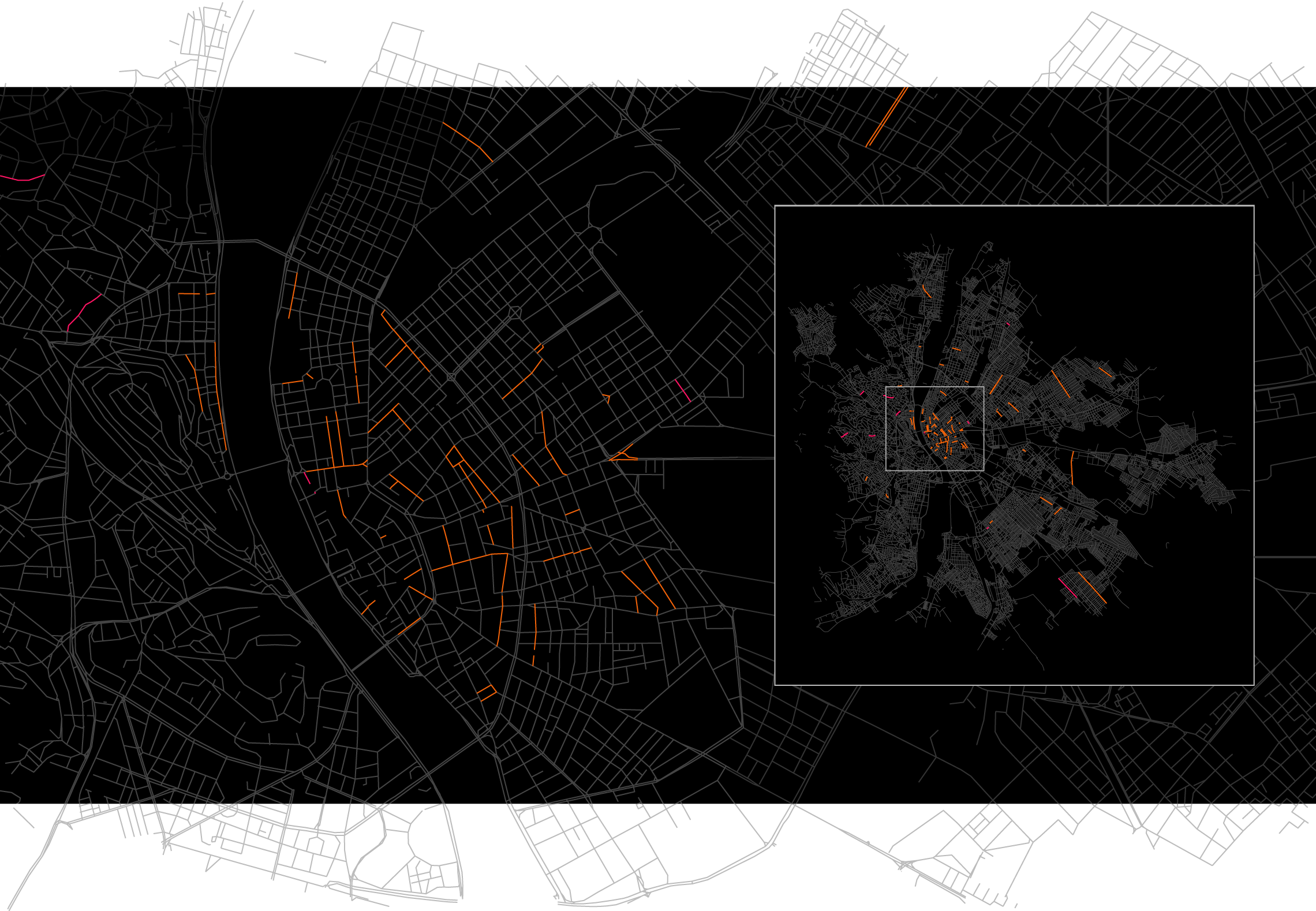 or more then quadrupled.

Streets and squares of Budapest with the

or more then quadrupled.

Average cost of sq. meter based on sales from

sales took place in both years.

But most streets where current prices are four times as much as they were in 2006 are located in the outer districts of Budapest, but that is not a surprise - the average price hike there was the highest in Hungary during the past decade. With that said, homes there are still cheaper than in the city centre.

The prices of socialist-era prefabricated homes also went up during this period, Budapest shows this trend nicely. Prefabs were traditionally cheaper than brick-walled housing, but the difference seems to be slowly melting away, by last summer, that rule of thumb became more-or-less obsolete. 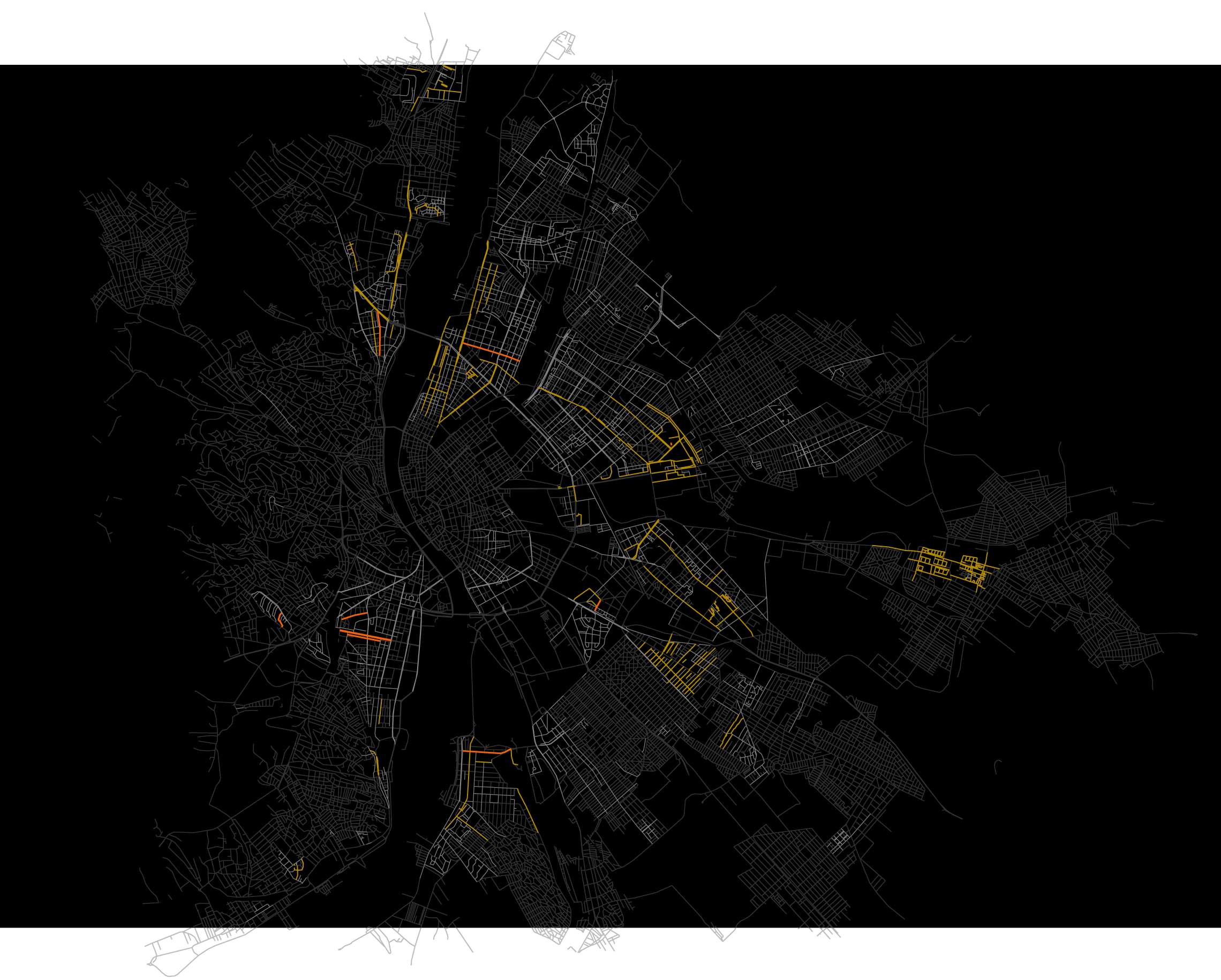 Property prices has at least doubled,

or more than tripled in large-panel prefabricated building blocks 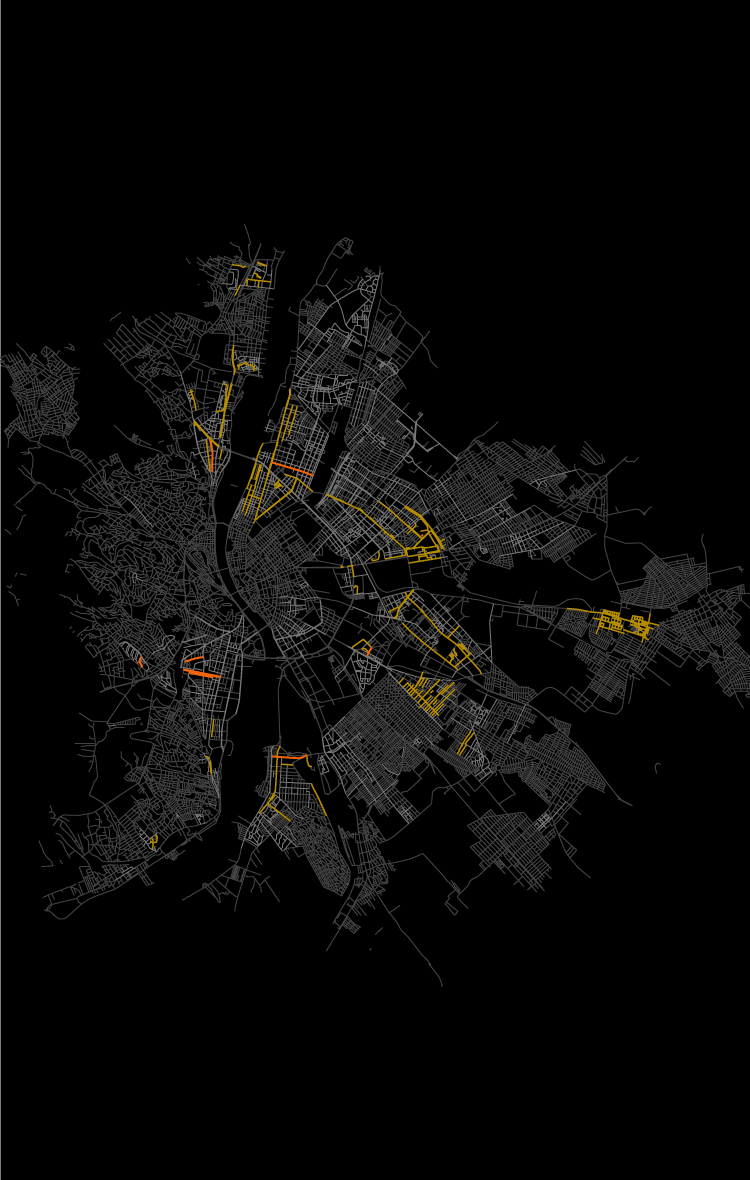 Property prices has at least doubled or more than tripled

Average cost of sq. meter based on sales from

sales took place in both years.

Prefabs' average rate of price growth exceeded that of traditional brick-walled homes, as you could see, flats in many prefab neighbourhoods have tripled their prices by 2018 since 2006. Prefab homes located near green areas were the most popular: owners of II., III., XI., and XXII. district flats have made huge profits, but the XIX. district was not far behind either. Analysts say that the reason behind the phenomenon is that many buyers yearning for brick-walled homes were simply priced out from them, driving the demand for prefab homes.