Viktor Orbán's son-in-law amongst the top 100 wealthiest of Hungary
István Tiborcz is the youngest person on the list of napi.hu.
European Commission held surprise inspection at former company of Viktor Orbán's son-in-law
Suspicions are that Elios Zrt., owned at the time by István Tiborcz, cooperated with competitors to secure winning public procurement procedures.
Government lets go of EU funds for suspicious projects tied to PM's son-in-law
The Hungarian government confirmed that they are not submitting the invoices of EU-fund
Police drops investigation against former company of PM's son-in-law
Despite suspicions raised by OLAF earlier this year, Hungarian police finds no evidence of crime in connection with the state contracts of Elios Zrt.

Eleven Gyál, a  local civic organisation started a lawsuit at the  Court of Justice of the European Union (CJEU)  against the European Commission, as they are not releasing the OLAF report on Elios Zrt., a former business interest of István Tiborcz, the son-in-law of the Hungarian Prime Minister.

The organisation consists of people living in Gyál, a small town in the vicinity of Budapest, one of the many where the streetlights were replaced by Elios Zrt., a company which, at the time, was owned by István Tiborcz, the husband of Ráchel Orbán, the Prime Minister's daughter.

In 2018, the European Anti-Fraud Office (OLAF) revealed numerous irregularities in public procurements awarded to Elios Zrt. and found evidence of fraud and organized crime in 17 cases out of the 35 procedures under OLAF scrutiny, but the full report was never released, and in November 2018, Hungarian police dropped the criminal investigation altogether. The EU funds allocated for the projects were a little north of €43 million. In the end, the Hungarian government pre-empted further OLAF action by simply not submitting the invoices for projects completed by Elios to the European Commission, leaving the Hungarian taxpayers to foot the bill for the streetlight developments pre-financed by Hungary. We explained István Tiborcz's complicated method of winning public procurements in the following video:

The NGO providing Eleven Gyál with pro-bono legal representation, the Hungarian Civil Liberties Union (TASZ) noted in their press release that the quality of the new streetlights installed in Gyál is worse than before, streets are darker, which is why Eleven Gyál requested the European Commission to release the full OLAF report on their investigation against Elios. The Commission refused to comply, explaining that they are only obligated to hand the documents over upon a request from the authorities of the member state in question.

In their press release, TASZ commented that it is the legitimate interest of the Hungarians that they know about the misuse of public funds, and it is the express interest of all citizens and institutions of the EU that anomalies found by OLAF are investigated properly by the concerned member state, adding:

"Otherwise other member states infected by corruption can take the example of Hungary: They can easily avoid responsibility if the member state does not withdraw the funds in cases investigated by OLAF. (...) The only effective tool against a country not handling findings of OLAF investigations properly is the public."

Previously, the CJEU rejected similar applications for the release of OLAF reports as they would endanger future investigations, but TASZ's position is that withholding the report violates the freedom of information of Eleven Gyál, and is therefore in breach of the EU's Charter of Fundamental Rights. 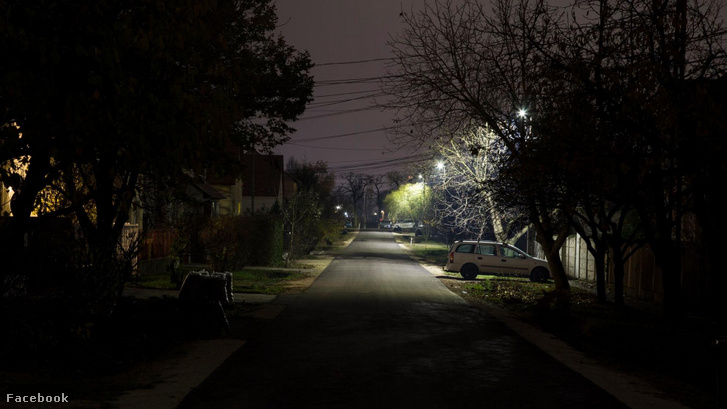 A side street in Gyál in 2018. Following earlier bad practice, Elios did not install lamps on every pole - the lower performance and smaller circle of the new lamps lead to a significant decrease in streetlight quality.
Fotó: Eleven Gyál / Facebook

Earlier, the civic organisation successfully sued the municipality of Gyál. In January, the court ordered the city to release the contract signed with Elios which containing a detailed breakdown of their price offer - it was previously kept confidential as price elements of the EU- then state-funded project were considered to be a business secret.