On Friday evening, Prime Minister Viktor Orbán announced a number of new measures to counter the coronavirus epidemic in Hungary.

Prime Minister Viktor Orbán announced that the Hungarian government has reorganised the coronavirus response structure, setting up ten working groups to deal with educational, financial, economic, scientific, and several other aspects of the epidemic.

Viktor Orbán also announced that a temporary hospital will be built using containers in order to accommodate the expectedly high number of coronavirus patients. The PM stated that Hungary has laboratory capacities to perform "thousands of tests," and patients are selected for testing in accordance with WHO guidelines. A research team lead by Ferenc Jakab will start work on a vaccine for the disease.

The Prime Minister gave a quick overview of Hungary's stocks of protective gear and medical equipment: The country has 2000 breathing machines, 2000 anaesthetic machines, 22 million pairs of gloves and 1.2 million masks. Orbán noted that the masks are "the kind used during operations, so they can be used now as well," though the Hungarian Medical Chamber had been complaining since Wednesday that these exact masks do not protect the wearers, only prevent them from spreading pathogens. The government plans to purchase further medical equipment.

Orbán also announced that Hungary is extending the entry ban to Israel as well, as some of the newly diagnosed patients traveled there before testing positive.

The rules are the same as with Italy, China, Iran, and South Korea: Foreign citizens arriving from these countries will be turned back at the border, and Hungarian citizens will be quarantined in their homes for two weeks.

Schools are also closing from monday,

but classes will not stop - primary and secondary schools will switch over to digital remote education, which the government originally planned to introduce next year, however, due to the current situation, it will launch prematurely. That "may be a bit shaky at first," but this way, Hungary will not have to postpone high school final exams in case of an extended state of emergency.

The pressure on the government to close schools had been mounting ever since a state of emergency was declared on Wednesday which shut down higher education but left primary and secondary schools operational. At their daily press conferences, members of the government's coronavirus task force repeatedly said that this measure is not yet justified by the case numbers, but following several pleas coming from teachers' unions, parents, students, and politicians, a meeting was held by all seven parliamentary parties on Friday where all political groups (including governing party Fidesz) supported school closures. Following the meeting, Minister of the Prime Minister's Office Gergely Gulyás announced that the government would come to a decision within 24 hours.

Several countries have already decided to shut down their school systems in an effort to contain the spread of the coronavirus. Bavaria in Germany closed schools for five weeks, Austria shut down education above the age of 14 starting from March 16 and for younger students from March 18, Croatia ordered a two-week recess. Here is the current situation in Europe:

Hospitals in Hungary no longer accept visitors as of Sunday, schools are advised to postpone class trips, doctors and medical staff are requested not to travel abroad. On Monday, the government has allocated more than 8 billion Forints (~€24 million) for the coronavirus response. The Hungarian Medical Chamber complained that the government does not provide doctors with sufficient protective equipment. On Thursday, it was found that doctors wore no protective gear as they treated an undiagnosed coronavirus patient for days at the Szent János Hospital in Budapest. Earlier, she was denied testing as the DPC ruled out COVID-19 upon initial questioning. 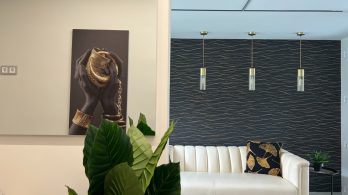