The number of coronavirus-related deaths in Hungary has reached 300 while 536 people have recovered from the overall 2727 registered cases of COVID-19 in the country, the official Hungarian coronavirus information website informs. Today, the government is scheduled to decide about how they are going to lift the restrictions implemented by the rather lenient lockdown they introduced at the end of March.

There were 78 new cases, 9 fatalities, and 20 recoveries since yesterday. 42 of the 78 patients diagnosed with COVID-19 by this morning are from Budapest. Chief Medical Officer Cecília Müller informed at Wednesday's press conference of the government's coronavirus task force that the disease is present in 27 retirement homes in the country, 87 employees and 628 residents have so far tested positive, 317 of whom were hospitalised.

There are altogether 1891 active cases in Hungary, 10 071 are in compulsory home quarantine, and doctors have so far taken 70 300 samples for coronavirus testing, however, that is not the number of people who were tested - the last data we have on that is from an expert at the National Centre for Public Health who revealed last week that the 52 409 tests as of 20 April were taken from 32 509 people. Four Hungarian medical universities are scheduled to start testing on a representative nationwide sample of approximately 17 000 people to get an idea about how much of the population has actually been infected.

Müller said that nationwide testing is necessary now that the government is planning to withdraw the restrictions, she expects the rate of infection in the population to be under 1%.

On Tuesday, Gergely Gulyás, the Minister of the Prime Minister's Office told InfoRádió that the government will decide about easing the restrictions on Wednesday, saying that the situation now allows for "thinking about a way out." The decision is likely to be announced at the government's weekly press conference on Thursday unless Prime Minister Viktor Orbán decides to make a Facebook video address himself. Last week, the Prime Minister promised to have new behavioural rules by the end of this week, saying that on 3 May, the response effort will enter into a new stage, allowing Hungary to be rebooted, adding that special rules would still apply to those most at risk.

3 May is the date officials are expecting the coronavirus epidemic to hit a local plateau in Hungary - this was first mentioned by Viktor Orbán on 19 April, after which Chief Medical Officer Cecília Müller said that this had been the date the coronavirus task force expected the epidemic to peak for a long time, even though just three days earlier, Gergely Gulyás himself said that the virus is to peak in June, though the government wishes "that this projection is wrong and the epidemic will reach the high-point in May."

Political daily and flagship of the pro-government media conglomerate Magyar Nemzet reported having information about how the gradual process of reopening would happen: In the first round, smaller commercial units (under 400 square metres) would get a chance to open again, and by the middle of May, restaurants and cafes with open-air terraces could get back in business with certain precautions such as keeping a 1.5-metre distance between tables. By the end of May, even hotels and other places of accommodation could relaunch operation according to the paper's unnamed sources.

Minister of Innovation and Technology told political daily Magyar Hírlap on Tuesday that the second phase is about to begin in the game of tightening and relaxing the precautionary measures,  in which they can lift restrictions "gradually and according to a strict timetable" by way of a "sliding regulation" that balances the healthcare ramifications of the epidemic (especially the required hospital capacities) with the state of the economy and of society, the quality of people's lives. Palkovics deemed the Hungarian coronavirus response successful as it could control the spread of the disease, but "these circumstances cannot be held up for much longer as the economy slowed down, social life froze, and people are exhausted." 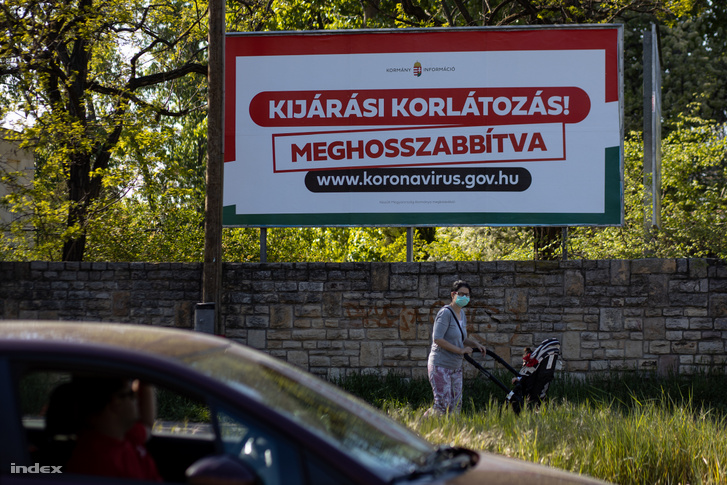 As we have reported earlier, the government decided to go along with the high school final exams scheduled to start just as the epidemic is expected to peak, on 4 May, albeit with most of the oral exams scheduled for June cancelled.

On Wednesday, the coronavirus task force announced a set of measures aimed at reducing the risks of having 84 284 students begin their exams next Monday:

State secretary of education Zoltán Maruzsa said that students' temperatures will not be checked in the entrance as "two Cataflams can bring a fever down to under 37 °C."