There is a proposed amendment to the Hungarian Labour Act before Parliament that would raise the possible yearly amount of overtime from 250 hours to 400 based on agreements with the individual employees and would change the overtime banking timeframe from the maximum of 1 year to a 3-year long period. The amendment is set to go on to the final vote on Wednesday.

The opposition parties planned to obstruct the parliamentary debate of the proposal on Monday - they handed in more than 2800 proposed changes to the text of the amendment, trying to force the Parliament to reject the agenda containing the labour law debate. Bertalan Tóth, socialist MP said, "Finally, this will give a chance for MP-s of Fidesz to learn what working overtime is like." He said the proposed amendment makes employees in Hungary vulnerable to the whims of their employers. According to him, a secret pact was made between the government and multinational employers resulting in an extra workday every week for Hungarian employees. 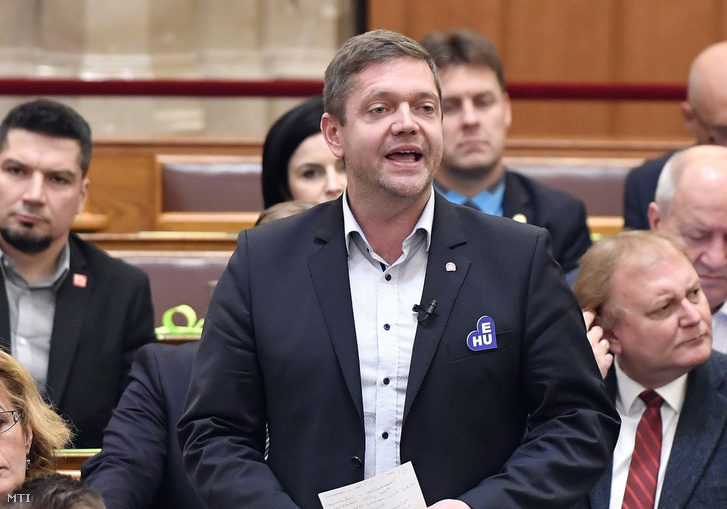 The obstruction plans, however, went up in smoke when the Justice Committee of the Parliament decided to hold a single vote on the more than 2925 proposed changes. The Committee's session was held right before the parliamentary session at the request of President of the Parliament László Kövér, and they deemed the changes to be unfit for negotiation. Representatives of the Hungarian Socialist Party (MSZP) and Democratic Coalition (DK) called the decision illegal and unacceptable.

Most of the opposition members of Parliament protested the decision of the Justice Committee by yelling and blowing whistles and ended up ultimately leaving the session. Speaker of the House László Kövér called the Parliamentary Guard to line up at the parliament hall's entrances, but they ended up not intervening. 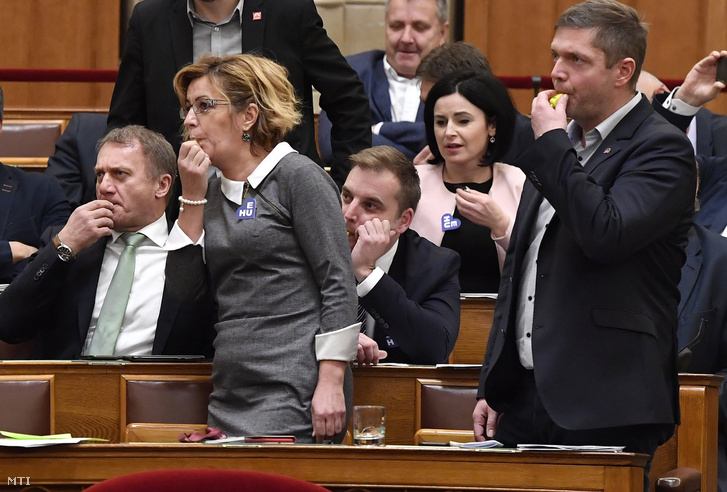 Tímea Szabó, the parliamentary floor leader of Párbeszéd said that if the parliament passes the amendment of the Labour Act, they will turn to the Constitutional Court and the European Court of Human Rights as the debate for the amendment did not abide by the rules and regulations governing it.

"Today is the international day of human rights which the government celebrates by turning millions of Hungarian workers into slaves," she said and added that the 400 hours of overtime practically means the introduction of the Saturday workdays.