"We brought back our father's ashes from Germany, we owe thousands of Euros, and it's not even sure it's our father" Munk Veronika
Translation: Zoltán Kovács
2019.01.14. 15:52
Dóra Simon is an accountant, and her sister Anett works in retail. On a dull October day, they found themselves in the middle of a convoluted, Kafkaesque story in connection with the death of a man in Germany who was supposedly their father whom they have not seen for 15 years. They tried to figure out what happened with no knowledge of the language and with only fragments of information to go on. They contacted the foreign affairs apparatus, the police, a variety of authorities, but they feel they did not get any substantial help. They are now looking at a €28,000 hospital bill for the care the deceased received.

A horrible train accident happened 6 October last year in Hamburg. A severely inebriated man was hit by the express train headed for Hamburg. The police statement said that the 58-year-old, exceedingly drunk man tried to cross the train tracks when the train hit him. The 22-year-old conductor saw him, but at that point, the accident was already inevitable.  According to information from Shz.de, the conductor had to be hospitalised for severe shock.

"Firefighters freed the victim from under the train and paramedics rushed him to the hospital. The 58-year-old man is being treated for serious injuries (several fractures) at the intensive care unit.  Based on the investigation of the crime scene, federal police ruled out any foul play," the police statement further read and noted that the man's blood alcohol content was 0.31% at the time of the incident (which in itself is a life-threatening level of BAC, bordering alcohol overdose) (https://pubs.niaaa.nih.gov/publications/AlcoholOverdoseFactsheet/Overdosefact.htm)

Multiple local papers reported the accident immediately, especially as it caused heavy delays in Hamburg's public transport; the train system was halted for almost one and a half hours. 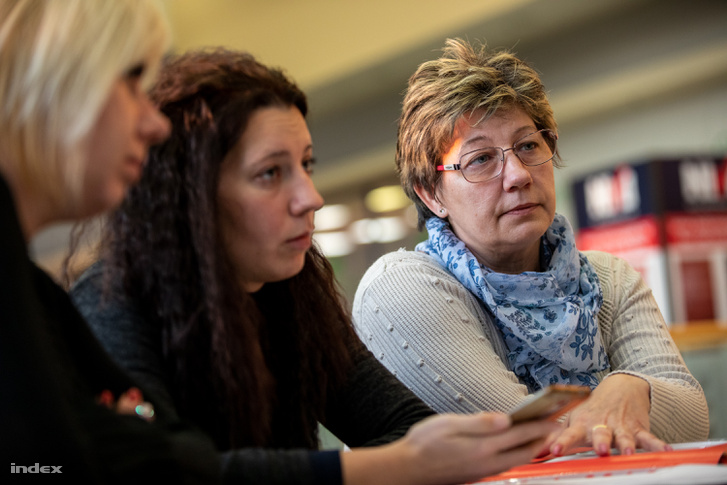 Some days later an aunt of Anett and Dóra Simon whom they haven't seen in a long while told them that their father, Gyula, is in hospital care because of an accident in Hamburg. The aunt was in her home near Budapest when a local policeman informed her of the tragedy.

Since neither of the siblings nor their mother spoke German and had no idea what to do about an accident that happened thousands of kilometres away, they turned to the Hungarian embassy of Berlin right away. "Even if we had no contact with each other at all, and we know nothing about what he's been doing in the past 15 years, he is still our father. We would have wanted some help, some information about what to do, what steps to take," Dóra Simon said.

They tried to move heaven and earth to attain some information, but they've found themselves in an elaborate nightmare that is still going on to this day despite them contacting twelve different German and Hungarian authorities. Google Translate was the most helpful, they said.

They emailed and called the embassy in Berlin, the honorary consul in Hamburg, the Hamburg and Budapest police stations, the Hungarian National Police Headquarters, the Interpol, the Ministry of Foreign Affairs, the Hamburg registry office and their local one, the Hungarian Forensics Institute, and the German central database for foreigners (AZR). 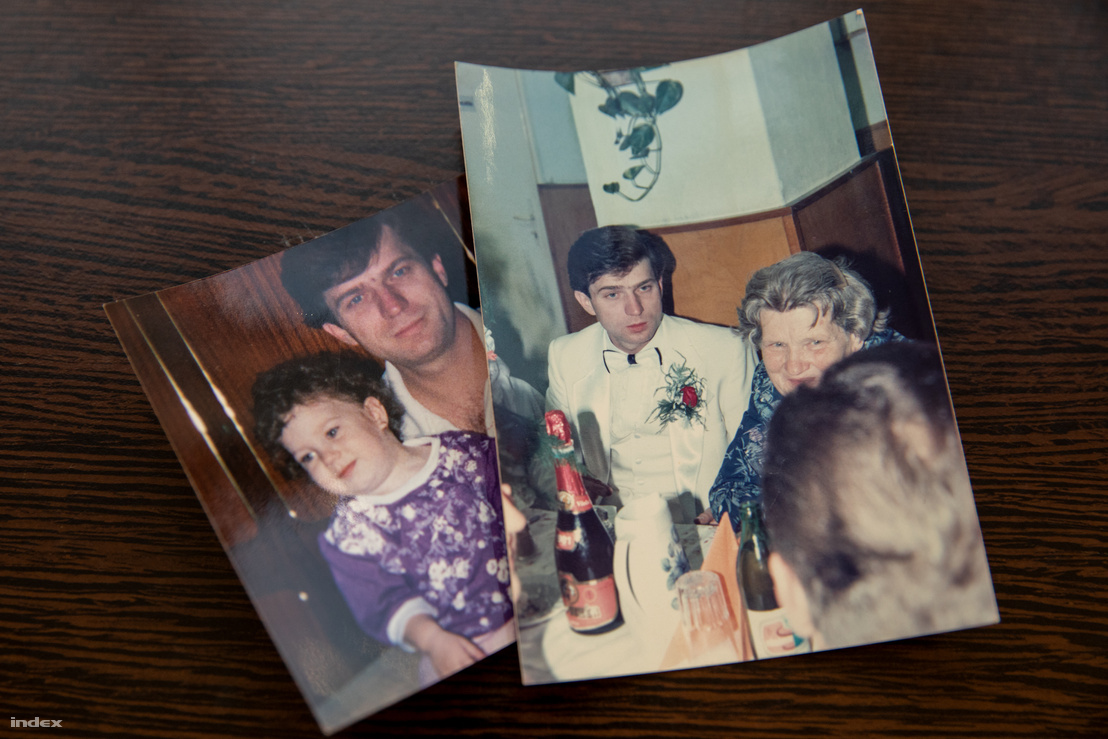 The biggest problem for Anett and Dóra Simon is that

they are still not entirely sure that the man, for whose cremation they paid €1600, and after whom they received a €28,000 bill from the hospital, was actually their father.

In the maze of 12 authorities

The emails made available to Index clearly show that the siblings first required the assistance of the Berlin embassy immediately after the accident on 11 October, but the embassy redirected them to the honorary consul. The consulate responded to their letter five days later, only to send them back to the embassy.

In the meantime, their father died in the hospital.

The sisters feel that the consulate kept passing them around in the first, most sensitive days.  "They told us over the phone to hire an interpreter and travel to Germany, but we did not have the financial means to do that," Anett said. "One time they attached German legal provisions to their letter in lieu of an explanation, while they knew full well we don't speak foreign languages.  We had a really tough time finding a pro-bono interpreter," Anikó Szilágyi, the mother of the sisters added.

According to the Ministry of Foreign Affairs, the embassy's conduct was adequate. The Ministry's press office told Index that the embassy's consulate department gave the sisters all the help that the German and Hungarian laws allow and that "the embassy constantly kept in touch with the relatives, the competent authorities, and the consuls acted upon every letter from the family. " The emails confirm this - the embassy did respond regularly, but the legal standing of the consulate department did not permit them to provide substantial assistance. 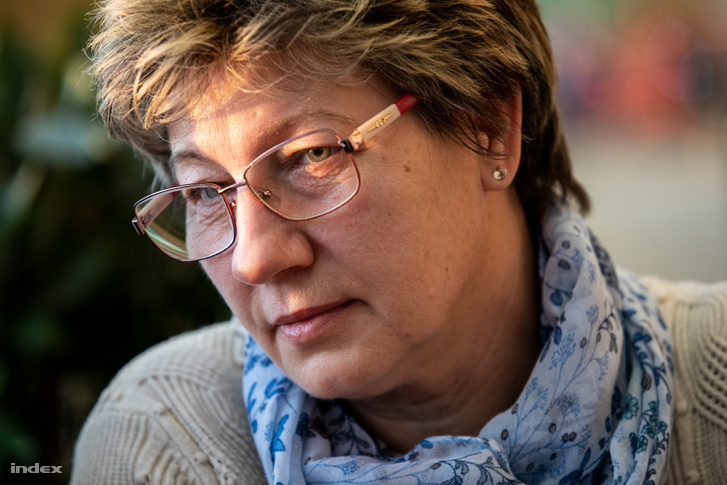 "The colleagues at the Hamburg Honorary Consulate are ready to lend their interpretation services to the relatives in order to break down the language barrier, but no such request was made," they added.  The sisters insist that the fact that they let the consulate know they do not speak foreign languages should have been enough.

But they did not give up: they took to the Internet and began corresponding with the Hamburg police using Google Translate. The Hamburg police redirected them to their local police department, so they notified their district police station and contacted Interpol through the Hungarian National Police Headquarters. That is how they learned that before losing consciousness, the man hit by the train identified himself as Gyula Simon with impeccable German.

In the end, the sisters had the man who they believed to be their father cremated for €1600 with the involvement of four German funeral services. They travelled to Germany on borrowed money a month after the death to take the remains home.

They contacted the hospital in person - still without an interpreter, armed only with Google Translate - and they discovered in the medical report that the man had no documents whatsoever on his person. The Hamburg police department told them that the man was most likely homeless, and he indeed did not have any identification. The since the deceased man told the policeman arriving at the scene of the accident his full name and the name of his twin sister who lived in Hungary (she is the aunt mentioned above who informed Dóra and Anett about the accident).

Anett and Dóra Simon think that the fact that the man told the policeman their father's name does not prove that he indeed was their father. But by the time they learned that the man's identification was based on a simple introduction, he was already cremated, therefore they had no chance to identify the body themselves and there was no way to make sure that the ashes in their possession actually belong to their father.

If they don't, then they paid €1600 for the cremation of a complete stranger, and they are looking at a €28,000 medical claim. The hospital identified the deceased as Gyula Simon - and he was not insured. The hospital, therefore, mailed the bill to his surviving daughters. The costs ran so high because the doctors kept the man alive artificially for eight days. 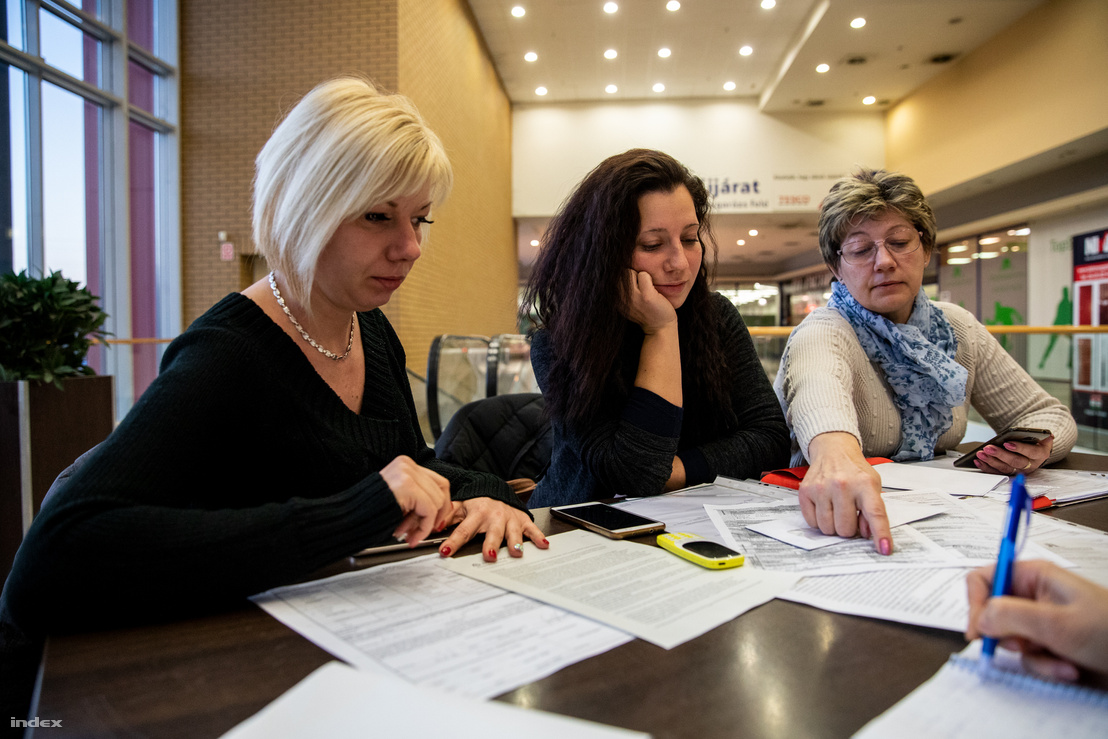 The Hamburg hospital returned this yellow cellphone to the daughters along with some personal belongings and the final medical report
Fotó: Ajpek Orsi

"They cremated an undocumented person, who said a name. The Hamburg policeman who was at the scene did not recognize the victim on the old photograph of Gyula Simon that the sisters showed him. Who knows who this man was?" Dóra asked.

Carstens Rüdiger, the press officer of the Hamburg police confirmed to Index that the man did not carry any identification indeed and that Gyula Simon is not in the address registry database, never had any contact with the Hamburg police, and they do not know why he was in the German city. We contacted Plata, the organisation taking care of the homeless of Hamburg to find out if they knew the man, but they have not yet responded to our questions.

The Hamburg police told us upon our inquiry that they did not have a chance to take the victim's fingerprints after they talked to him as he was rushed to ICU due to his severe injuries. The police directed us to the Hamburg Prosecutor's Office where we asked our questions to find out if any other method of identification was employed beyond the man's word.  We will update this article with their answers as soon as we receive them.

Dr Mária Rita Varga, an attorney well-versed in German law, informed us that the hospital bill qualifies as inheritance, therefore it should be handled as a succession case.

The sisters do not have €28,000. "I've calculated that I'd have to work for twenty years to pay that much money," Anett said. 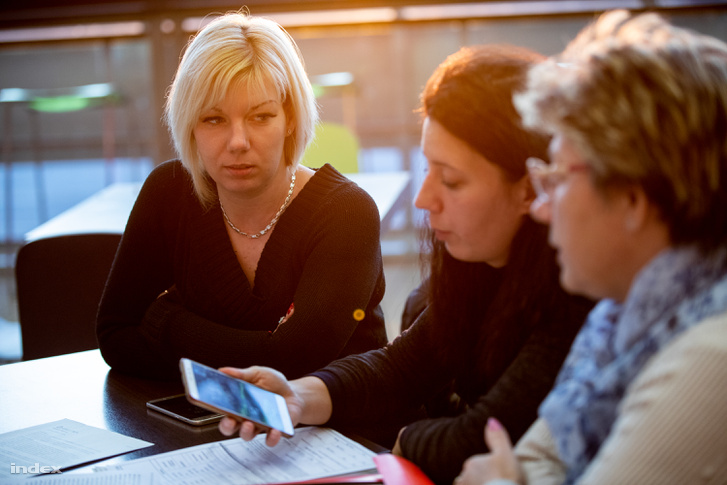 The man hit by the train was a Hungarian citizen, but as he was in Hamburg at the time of his death, the succession proceedings (deciding about a massive debt in this case) fall under the scope of German law.

"The children of the deceased may reject the inheritance in writing at the Hamburg local court, and if they do so, the lawful heir is the state of Hungary, and the state can not reject the inheritance," she said. The problem for Anett and Dóra Simon is that German law sets out a six-week deadline for the rejection of the inheritance, starting the day the heir becomes aware of the death, which, in this case, was back in October. The sisters only learned about the hospital bill in December.

The heirs turned to a (different) attorney and handed in their letter of rejection last Tuesday. They are currently awaiting the court's decision.

Special thanks to Barbara Vincze for the German translations.

This article is a direct translation of the original Hungarian article published by Index.