The European Parliament's legal affairs committee (JURI) rejected the Hungarian and Romanian nominees for Ursula von der Leyen's commission due to conflicts of interest on Thursday. László Trócsányi, the Hungarian nominee plans to take legal action against the decision.

"Next week's planned hearings of the Romanian and Hungarian nominees will be postponed."

It must be noted that this does not necessarily mean the end for Trócsányi's and Plumb's hopes for a seat in the Commission, Lagodonsky "expects to see both of them once more" in front of JURI. The decision now is up to von der Leyen. 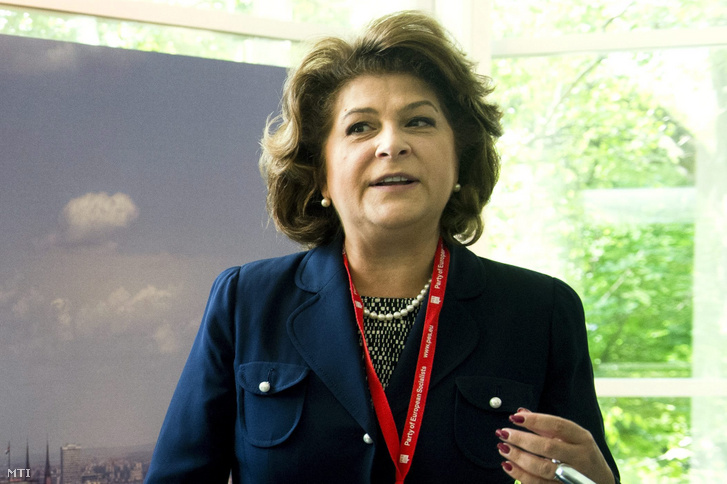 At the same time, the spokesperson of JURI told Index that this decision practically means that the Hungarian government will have to start looking for a new nominee.

"Trócsányi's conflicts of interest are related to his connection to his legal firm,"  GUE/NGL's French MEP Manon Aubry revealed after the meeting of JURI, but she refused to divulge further details

The Romanian nominee was rejected due to two undeclared loans that amount to approximately €1 million, though Manon Aubry said that more complicated factors also contributed to the decision.

"I haven't done anything wrong, I've always respected the law, and I have nothing to hide. I have a big family, that is all. I'm not a rich person,"

Plumb told Index following the session behind closed doors. Trócsányi told journalists that "We're in the hands of politicians," but he did not say anything more to the journalists standing outside other than "my wife told me to be calm."

Later, Trócsányi published a statement saying that he answered all questions during the closed session in a "transparent fashion, in complete harmony with the documents previously submitted," adding:

"A political decision was made lacking any factual basis, and I fully intend to take all necessary legal steps against it."

The European Parliament's Legal Service told Index that today's vote cannot be appealed. The vote went down in line with the procedural rules.

Before the session, Trócsányi's assistants handed out leaflets explaining Trócsányi's connection to and the story of the Nagy and Trócsányi Attorney's Office. According to this document, Trócsányi founded the firm in 1991 as a young lawyer but suspended his activity as an attorney during his years as Hungary's ambassador to Belgium (2000-2004), and he suspended it once again upon being elected as a judge at Hungary's Constitutional Court, and he never reactivated since. In 2018, he withdrew his shares in the firm at their nominal value.

Trócsányi claims that during his tenure as Minister of Justice, the legal firm did not accept any contracts with the Hungarian government, they only performed their earlier contractual obligations.

Nagy and Trócsányi was the fourth largest legal firm in Hungary in 2015 according to Mandiner's assessment. In 2014, the firm's net revenues exceeded €5 million. After his appointment as Minister of Justice, Trócsányi told Index that his practice had been suspended ever since 2000 except for a three-year-long period. According to Trócsányi's asset declaration, he first owned a third of the firm, which decreased to 16% by 2016. As Trócsányi suspended his practice, he does not officially receive any dividends.

The legal firm's state contracts received considerable media attention after Trócsányi's appointment as Minister of Justice, as the firm had big contracts with the Hungarian Central Bank.

Before his nomination, Trócsányi had been Hungary's Minister of Justice since 2014, and in this capacity, he was the architect of the minister-controlled administrative court system that was eventually put on hold before its implementation due to international criticism, albeit seemingly temporarily.

What we're in is a political witchhunt which recalls the worst of the communist times," commented  Fidesz's MEP, József Szájer, who is also on the committee. He added that Trócsányi was the person who worked out the details of the laws that stopped migration in Hungary. He added that there is no system of law in which conflicts of interest could be found concerning Trócsányi, whom Szájer called "the most vetted man in Hungary." 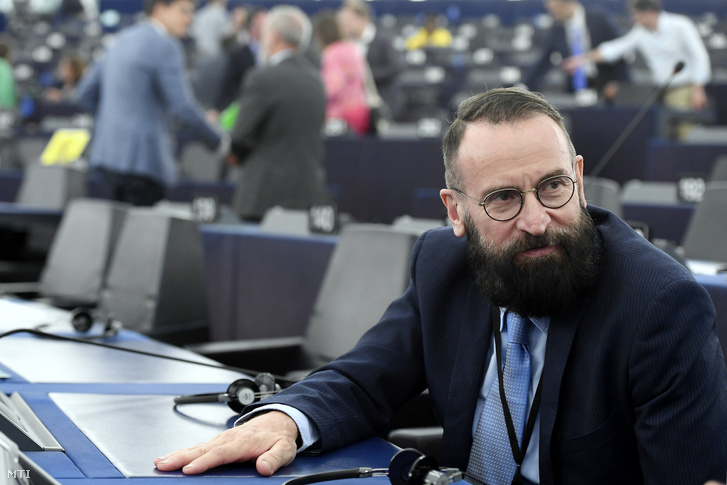 The Hungarian government attributed the decision to the "pro-migration forces" in the EP: "The pro-migration side wants the borders to be open before the immigrants, just as the new Italian government is opening Italy's ports," their statement reads.

On the other hand, the opposition sees corruption as the primary cause for Trócsányi's rejection: "It is visible that in Europe, a politician getting into corruption scandals does have consequences. Trócsányi, Orbán, and the entirety of Fidesz have failed. That is some good news for today," said Sándor Rónai, an MEP of DK.

MSZP's MEP István Ujhelyi said that Trócsányi "did not fail because of his professional unpreparedness, but because it became apparent: He lies and he is corrupt." The politician hopes that Orbán's government will go on to nominate someone "whose name did not yet become synonymous with the construction of the illiberal state and who represents our mutual European values."

At her press conference after the session of JURI, French MEP Manon Aubry suggested that the EU should establish an independent body of experts to examine the financial interests of commissioner nominees. As she explained, the current system gives the decision about the conflicts of interests of nominees to MEPs who might have conflicts of interests of their own, as partisan interests may deter them from speaking up about corruption cases from within their own political families.

This article is the edited translation of the original published in Hungarian by Index.

(Cover: László Trócsányi at the plenary session of the European Parliament in Strasbourg on 16 July 2019. Photo: Szilárd Koszticsák / MTI)