In February, the Hungarian government initiated a prior consultation procedure at the European Commission's Directorate-General for Competition regarding the details of the recently announced "baby-expecting loan." The €30,000 loan would be available to newlyweds, and the state would back the loans with 100% state guarantee and help repayment by providing a 100% subsidy on the interest, provided that the borrower gives birth to a child within 5 years of taking the loan.

This construct is a part of the Hungarian government's "family protection plan of action" that Orbán announced in February. That plan is one of the main pillars of the Fidesz EP campaign - their main message is that while Fidesz supports families, Brussels (whatever that term may mean) wants to solve demographic issues with migration. The first half of this campaign message of Fidesz is also reinforced by a government-commissioned information campaign all over Hungary, a practice previously condemned by OSCE in 2018.

The European Commission's Directorate-General for Competition answered the Hungarian government's inquiry, and that answer contained a minor objection regarding a technical detail that might result in forbidden state aid being given to the participating banks, and the Hungarian government (and pro-government media) cried bloody murder. The European Commission was forced to deny allegations contained in "false news reports in Hungarian media" twice over the course of a week.

Last Saturday, bold letters on the cover of pro-government political daily Magyar Nemzet exclaimed that "The European Commission attacked the new Hungarian baby-expecting subsidy," with a handy explanation in smaller print right underneath: "Helping families bothers Brussels, unlike the migrant-cards that can be used to finance terrorism." The cover featured two photographs, a (presumably) Hungarian family with two children and a picture of two men using an ATM while holding a child, the caption read "The cabinet wants to incentivise having children while the EU bureaucrats would prefer to strengthen immigration with free money." 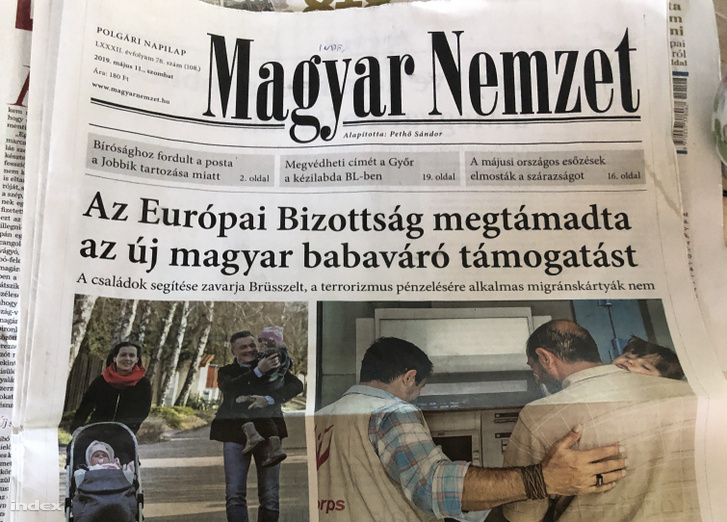 On the same day, Bence Rétvári, a state secretary of the Ministry of Human Capacities stated that "during a prior consultation procedure, Brussels raised concerns about how the Hungarian government plans to provide baby expecting subsidies through banks," while stressing that Brussels had no objections based on competition law in connection with the "migrant cards". According to state newswire MTI, Rétvári characterised this as a "double standard." As he put it:

It's clear that any aid gets criticised that is not directed not at migrants but at Hungarian families."

"As Brussels wants to abolish the Government's baby-expecting aid citing made-up reasons, they are giving away the migrant cards with no restraint, to tens of thousands of people. we are fighting against these double standards."

Ricardo Cardoso, the Commission's spokesperson for competition policy told Index on Saturday that it was the Hungarian authorities that turned to the European Commission to get a preliminary opinion on the government's planned loan scheme to determine if it is compliant with EU law, however,

"there is no ongoing investigation and the Commission does not yet have an official position. The Commission often contacts member states to discuss measures that could possibly constitute state aid." 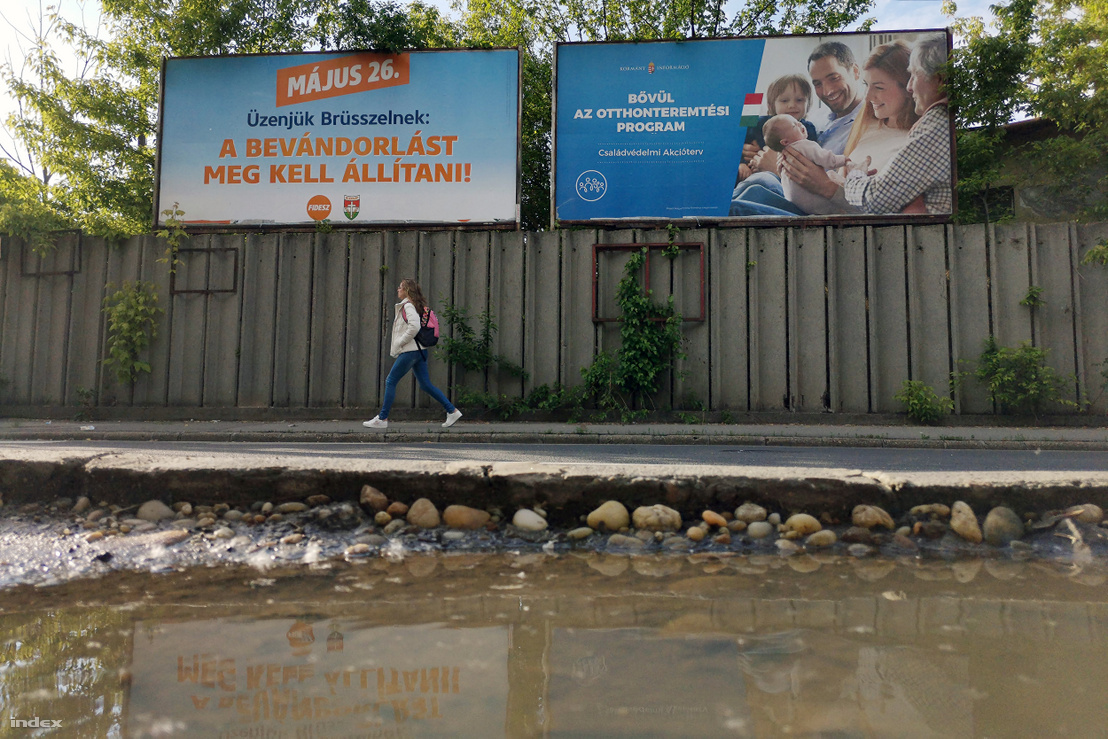 Fidesz poster on the left: "Let's send a message to Brussels: Immigration has to be stopped!" Government poster promoting the family protection plan of action on the right: "The homeowner program is expanding"
Fotó: Nagy Attila Károly / Index

The Hungarian government responded in a press release on Sunday saying that the Commission's Directorate-General of Competition did object to the baby-expecting loan, and according to the Government, the objection concerned questions of state aid arising in connection with the baby-loans that banks would provide to those eligible. The government's spokesperson István Hollik said that the Government could even "publish the evidence" of the objections if the Commission denies that the consultation happened.

The commission ended up issuing a second statement on Tuesday that once again confirmed that the Commission has no objections against the "welcome goals" of the scheme meant to support families, and stressed that the purpose of the prior consultation procedure initiated by the Hungarian government is for the Commission's experts to help make sure that the baby expecting loans provided by private banks do not constitute state aid according to EU law.

As István Hollik threatened on Sunday, the Hungarian government ended up publishing the supposed evidence for the Brussels attack against the Hungarian family policies on Tuesday. 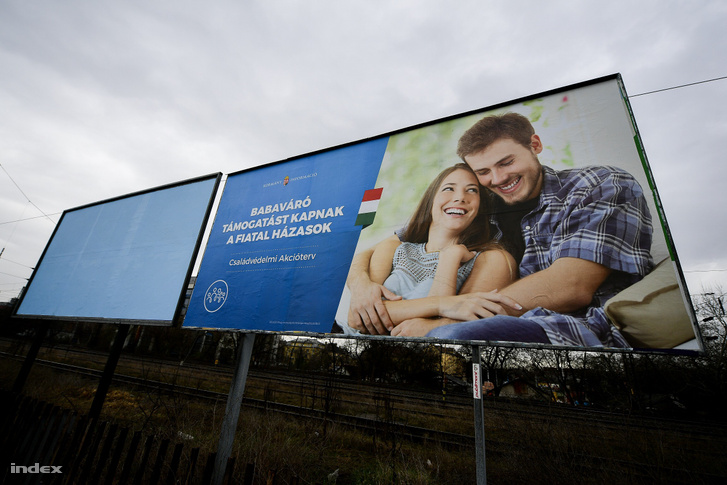 The emails and memos reveal that it was indeed the Hungarian State Aid Monitoring Office that originally contacted the Commission's Directorate-General for Competition in order to acquire an informal opinion with regards to the possibility of the aforementioned loan constituting forbidden state aid for the participating banks.

The 100% state guarantee and interest subsidy practically means that all the risks in connection with the loan befall the state, so the Directorate-General suggested two solutions in order to create a market interest rate: either to lower both the guarantee and the interest subsidy to 80% to incentivise borrowers to look for the lowest interest rate and banks to engage in market competition, or to take banks out of the process completely. As the first option would defeat the purpose of the measure and the second option is way more disadvantageous for the state than the original concept of the banks providing the loans from their own sources, the Hungarian government's expert informally asked if lowering the interest rate could help get rid of the possible state aid in the procedure.

their baby-loan scheme would be compliant with EU regulations - provided that the interest rate is not above 3.5%. This way, the government would not be unfairly aiding banks by paying unnecessarily high state-subsidised interests.

On Friday, Viktor Orbán spoke about this issue during his weekly radio interview, saying (of course) that Brussels wants to solve demographic problems with migration, and he admitted that the Commission did not really "attack" the program, instead, it was the Hungarian government that asked the Commission to review the legislation so "they could not attack it later on," as Orbán said.