Hungarian researchers have repeated their ground-breaking experiment from three years ago with the same result: The emergence of a new fundamental particle and a brand new fundamental force. The Hungarian scientists behind the discovery may very well be on their way to a Nobel Prize.

Attila Krasznahorkay and his colleagues at Atomki, the Debrecen-based Nuclear Research Institute (formerly of the Hungarian Academy of Sciences) became world-famous three years ago. Back then, Nature reported that they have "accidentally" discovered the fifth force keeping the universe in motion, which might shed some light on dark matter and dark energy. The never-before-seen particle found during the experiment was suspected by many to be the elusive dark photon.

Since then, three years have passed, and many tried to refute the results, but many have failed as well. Atomki recently acquired a new particle accelerator, and Krasznahorkay's research team obtained a more sensitive detector in order to reproduce the experiment. With the results in, even the researcher himself admits that

this could be a game-changer in our understanding of how the physical world works.

But in order to understand the results that once again made international headlines, it is important to review the basics: According to the so-called standard model of physics, there are four fundamental interactions (or forces) governing the universe: gravity, electromagnetism, and the strong and weak forces (the latter are responsible for holding atoms and fundamental particles together). But the equations explaining these forces do not describe the attributes of dark matter, therefore, many scientists believe that there must be a fifth fundamental force. However, that was nowhere to be found - until 2016.

"A Dutch colleague of mine reached out to me after the turn of the millennium. He said that he suspects there is a particle with eighteen times the mass of an electron, and he wanted to detect it using Atomki's equipment. I was happy to welcome him here, however, despite years of attempts, he did not succeed. Regrettably, I feel that his bitterness over this may have contributed to his untimely death."

- Krasznahorkay began telling the story of the discovery.

But 2015 opened a new chapter, as a brand new spectrometer was built in Atomki's laboratory. Today, researchers know that the reason behind earlier failures was that the scope of the search was not wide enough when they were looking for the hypothesised particle with 18 times the mass of the electron. Krasznahorkay first divulged that they found a new particle around the 17 megaelectronvolt mark at a conference in 2012. They repeated this experiment several times under circumstances allowing more and more accurate measurements. 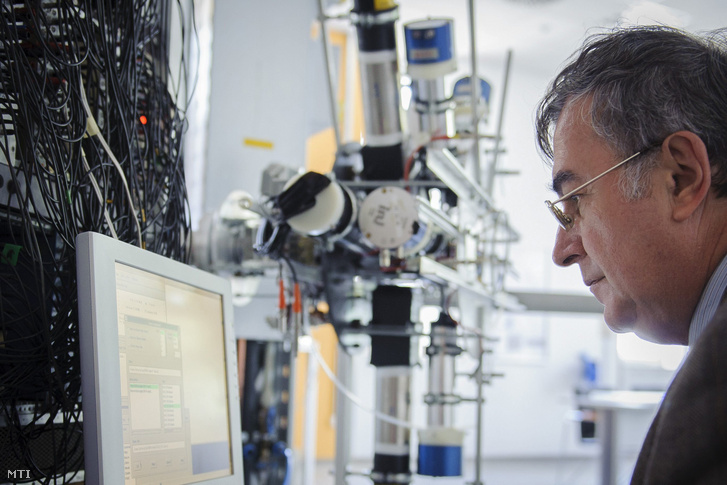 The experiment itself involved bombarding an extremely thin (thinner than a micrometre) target with protons. The proton beam excites the nucleus and this nuclear reaction leads to the creation of a new nucleus. This new nucleus is usually unstable in its excited state, therefore, it releases the excess energy by emitting an electron-positron pair, for instance. The difference between the angles these emitted particles leave the nucleus can be calculated using existing equations, but if these trajectories differ from the predictions,

that signals either a new particle or a measurement error.

Ultimately, it became apparent that there is a strong signal on the spectrum at 17 MeVs (34 times the mass of the electron). When one of the most prestigious physics journals first published these findings, it caused a great upheaval in the scientific community, so much so that even international media picked up on it and Atomki started making headlines all over the world. Several theories tried to explain or refute the experiment's results, but none of them could be proven.

New and even more astounding results

But research continued. At this stage, the discovery of the fifth fundamental force is not only a distant, theoretical possibility but a more than probable fact. Attila Krasznahorkay's team recently uploaded a paper containing the results of their repeated and modified experiment onto the arXiv preprint server. The new results could not be explained by the standard model of physics, reinforcing the probability of the discovery of a new fundamental particle. Krasznahorkay said:

"In the meantime, Atomki has received a new particle accelerator for the new experiments. We have completely rebuilt our spectrometer. We have acquired new equipments and detectors with better accuracy. Much to our happiness, we could reproduce the results of our earlier experiments with our new equipment. This year, we designed a new experiment which seems to have changed everything.

We created a helium-4 nucleus which emitted higher-energy particles than the beryllium-8 we used earlier. The emitted fast-moving X17 particle then decayed into an electron-positron pair, which moved at a smaller relative angle. In the case of the beryllium-8, electron-positron pairs hit the detector at a 140° angle, the relative angle of the impact was 115° with helium."

This value perfectly matched the expectations based on theoretical calculations, and that demonstrated that researchers detected the same particle and force as before. The standard model of particle physics does not predict a particle to be in the range of mass in question, therefore this is something new and unknown. 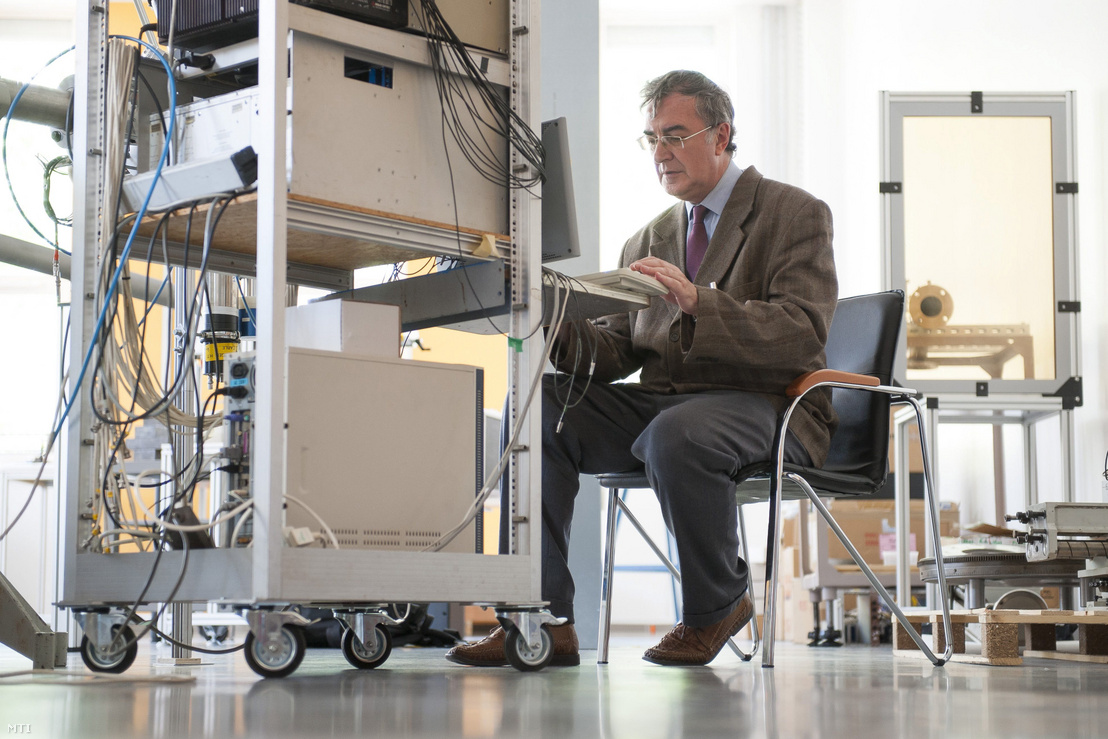 A particle with an unfamiliar force

The mass of an electron is approximately 0.5 MeV and the mass of a muon is 140 MeV, and as far as we knew, there was not supposed to be another particle in between these two. But there is, and it was found in Debrecen. Scientists are now trying to define the attributes of this new particle as accurately as they can in order to choose one from the myriad of theories attempting to explain its existence. It seems that the recently discovered particle is a new boson, and the bosons we currently know carry a fundamental force corresponding to them (for example, photons carry the electromagnetic force and gluons carry the strong force).

The new particle could be the dark photon, but it could still be many other things too, for instance, the "protophobic boson" suggested by US scientists, although at this point, it is too early to certainly tell. Researchers in laboratories across the world are working hard to reproduce the experiment, but currently, only Atomki is in possession of a capable spectrometer, as the mass of this new particle is somewhere in between masses traditionally examined by particle physicists and nuclear physicists, therefore neither group has the proper toolset to detect it. It will take years until they build the equipment necessary to find the ultimate answer to this mystery.

By today, the chance that this is all just a measurement error became negligible, especially after the experiment using helium-4 confirmed earlier findings. The CNN article breaking the news of the discovery quoted Jonathan Feng, a professor of physics and astronomy at the University of California at Irvine, who has been following the results of Krasznahorkay and his team for years and is convinced that they have indeed found a new elementary particle and interaction. He said:

"This would be a no-brainer Nobel Prize."

We asked Attila Krasznahorkay about the prospects of a Nobel Prize, and he said that while there is a chance of that happening, it would take a while:

"The mills of the Nobel Committee grind slowly. The most important task now is to live as long as our laureation may take to come up. I am yet to take my tuxedo to the dry-cleaner, and I think I will outgrow it by the time I would need it."

This article is a direct translation of the original published in Hungarian by Index. Special thanks to Attila Krasznahorkay for his aid in using accurate scientific terminology.

(Cover: Attila Krasznahorkay in the Debrecen laboratory of the Atomki institute in 2016. Photo: Zsolt Czeglédi / MTI)