Orbán: Brexit shows there is life outside the European Union

Speaking after the Friends of Cohesion summit on Thursday in Beja, Portugal, Hungarian Prime Minister Viktor Orbán said that the 2021-2027 EU budget is still a long way away, and told journalists that Fidesz is not planning to quit the European People's Party, Hungarian state newswire MTI reported.

Hungarian PM Viktor Orbán attended the Friends of Cohesion summit along with his Slovakian, Polish, Czech, Croatian, Portuguese, Cypriot, Spanish, Estonian, Maltese, and Romanian counterparts. At the press conference after the summit, responding to a journalist's question, Orbán said:

"The British withdrawal and the fact that today, everybody is still alive in the United Kingdom shows that there is life outside of the European Union."

The Hungarian PM also criticised European economic policy, saying that the ill-effects of the bad decisions made in Brussels in the past couple of years will likely show themselves soon, and he expects the Eurozone to "certainly lose its growth potential," adding that the consequences will likely be felt in Central Europe as well. He noted that most EU member states failed to lower taxes and encourage competition and instead, implemented protective measures that resulted in Europe's loss of competitiveness. 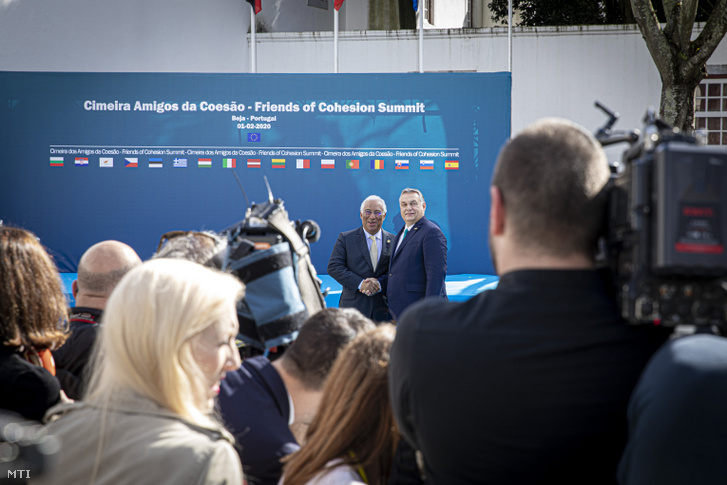 The goal of the summit, according to Orbán, was exactly that: to find a way to restore competitiveness of the EU and find a way to set it on a path of economic growth once again, stressing that the EU's 2021-2027 budget has to serve the same purpose, and for that, it needs to incentivise tax-cuts and provide high flexibility for the member states, noting:

"We are only at the beginning of the dispute, the positions are still far apart."

Will Fidesz leave the EPP?

Hungarian governing party Fidesz is still under suspension in the European People's Party ever since last March when the group's political assembly decided to bar Fidesz from exercising their membership rights until an evaluation committee informally called the "three wise men" completes a report whether or not the Hungarian party abides by the values of the European Union and those of the EPP. According to the Frankfurter Allgemeine Zeitung, the three wise men could not come to a decision, and suggested the EPP to extend the suspension of Fidesz until they "openly express their regret and alter their political direction," but Fidesz MEP Tamás Deutsch told Index last Wednesday that "no living person has seen the report yet."

At the Beja press conference, Orbán said that Fidesz is not planning to announce their withdrawal from the European People's Party.

The EPP's political assembly is set to meet this week on Monday and Tuesday, however, no decision is expected about the Hungarian governing party, as information leaked to Politico suggests it will not even be on the assembly's agenda. Even though Orbán will be in Brussels to meet Commission President Ursula von der Leyen and Council President Charles Michel, he will not be at the EPP's meeting partly due to his party's suspension and partly because on Tuesday, he will be speaking in Rome at a conference together with the President of the Italian League party,Matteo Salvini.

According to Welt am Sonntag, Viktor Orbán will be meeting Angela Merkel and Annegret Kramp-Karrenbauer on 10 February to discuss under what conditions Fidesz will get to stay in the EPP. The fact of the meeting itself was confirmed by Hungarian Chief of Staff Gergely Gulyás last Thursday.