Groundwork and hiring for the new BMW plant had already begun and almost two months ago it seemed as if the construction is about to commence as well, however, the coronavirus epidemic crossed the plans of the Bavarian carmaker. BMW expects demand to drop and would rather cut back on structural and construction projects in favour of research and development.

BMW decided to postpone the construction of its planned new factory in Debrecen, Hungary, economy news site Portfolio reported after the carmaker published their 2020 first-quarter figures. At the group's press conference on Wednesday morning, board member of BMW Group Oliver Zipse said that the plan will open a year later than originally planned.

Sales of BMW took a significant hit in the first quarter of 2020, and based on their quarterly report, the company expects further decrease this year due to the worldwide economy slowing down and global car sales dropping. Zipse said:

"In the current situation, we are carefully reviewing all our projects as a matter of principle. We are analyzing structural and construction projects as well as product decisions. We are asking ourselves: Will these projects contribute to the long-term success of the company? Are they still viable? And is their timing still feasible? As an example of this: since expected demand is always a relevant factor for us, we have decided to postpone the opening of the plant in Hungary by a year."

The plant in Debrecen is to be one of the most significant industrial developments of recent times in Hungary, only Mercedes, MOL, and Samsung announced larger investments.

Back in March, the communications director of BMW's Hungarian subsidiary András Salgó said that the construction of the plant is in no way affected by the pandemic, the city of Debrecen is working on preparing the industrial park that will house the BMW plant as well, and they are already looking for employees.

Local news site dehir.hu reported back in January that the preparation of the area will be complete by the end of April and the group had already announced to commence construction during the spring of 2020, but one and a half months later, the coronavirus pandemic seems to have stifled these plans. 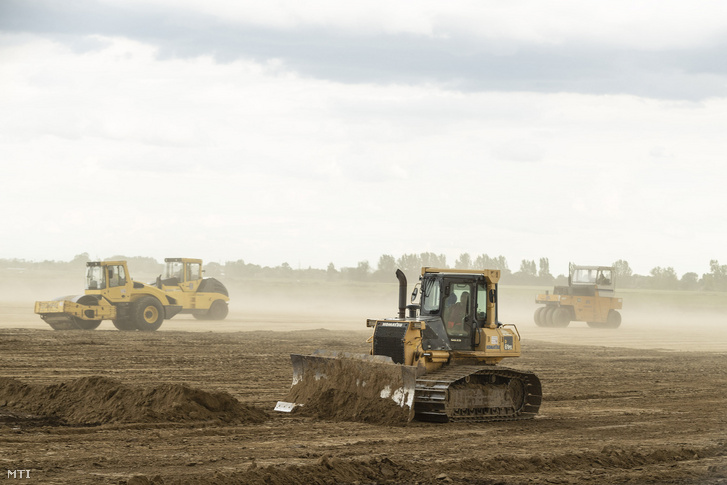 Construction in preparation of the BMW plant near Debrecen on May 21, 2019
Fotó: KKM/Kovács Márton / MTI

The Hungarian Government's 2020-2024 convergence programme submitted to the European Commission just yesterday still counted on BMW's investment: "based on information available to us, no companies planning large development projects in the country have thus far announced to suspend or postpone their plans due to the coronavirus epidemic. However, there is still a risk that, due to response measures or the decreasing demand, certain projects could take longer to complete than initially expected or get shut down completely. Taking all of this into account, this year will see investments reduce temporarily, but starting from 2020, they will once again gain momentum as the economy gets back on track," the document reads.

The development project in Debrecen was announced in July 2018 after the government had negotiated with BMW group for 14 months and kept the possible deal under wraps for an extended period of time, so much that even the Debrecen city council had to have a secret vote on greenlighting the project. The planned cost of the facility was over a billion Euros, and it was to produce 150 thousand cars a year.

On Wednesday afternoon, Hungarian Minister of Foreign Affairs Péter Szijjártó clarified the situation in a Facebook post in which the Minister says that during their talks on Wednesday, leaders of BMW assured him that the company is still committed to building the Debrecen factory which is currently ongoing, adding that he will meet future leaders of the factory next Friday to discuss the situation in person.

BMW's Hungarian subsidiary also responded to the news confirming what the Minister said, the plant will be completed, albeit later than originally expected as the pandemic affected the speed of the project, but right now, it is unsure how much the construction will be delayed, but they expect at least a couple of months, András Salgó, the communications director of BMW Hungary told Index. The company did not directly answer our question concerning the one-year postponement Oliver Zipse mentioned in his statement.