On Tuesday, the Hungarian Parliament's Justice Committee held a hearing for Tünde Handó, the controversial president of the National Judicial Office whom Fidesz nominated as a judge for Hungary's Constitutional Court on Monday when  her nomination arrived two minutes before the Parliament's ad hoc committee began their meeting.

The Justice Committee approved the nomination with eight votes against two. Tünde Handó was the only candidate, as the opposition did not have a chance to name one. This was not only because of Fidesz's majority in the nominating ad hoc committee and the demonstrative absence of opposition parties MSZP and DK, but also because they simply did not have the time to put forth a nominee. As László Lóránt Keresztes (LMP), a member of the ad hoc committee explained after today's hearing, that committee was assembled to name a nominee to replace István Stumpf on the Constitutional Court in May, when Stumpf's term ended. However, nothing happened for months, and they were only informed on Friday about the meeting to be held on Monday, where opposition members faced a done deal - Keresztes said this makes a mockery of the Constitutional Court.

Nevertheless, after Monday's nomination, Tünde Handó proceeded to her hearing before the Parliament's Justice Committee on Tuesday morning.

The 57-year-old juror and university professor Tünde Handó graduated from the Faculty of Law at Eötvös Loránd University in 1986, and during her university years she also attended the István Bibó Advanced Studies College together with founders of Fidesz. She had been a judge since 1991, eventually becoming president of the Budapest Labour Court in 1999. She was appointed to be the head of the newly minted National Judicial Office (NJO) in 2012 during Fidesz's judicial reform. Her husband is Fidesz-founder and MEP József Szájer who coordinated the drafting of Hungary's Fundamental Law (which he famously claimed to have edited on his iPad). Handó had several conflicts with the highest forum of judicial self-governance in Hungary, the National Judicial Committee, and the detrimental effect of her activity on judicial independence drew significant international criticism.

These issues did not come up at the hearing all that much though, as Handó mostly talked about how important judicial thinking and Hungarian legal traditions are for her. She spoke at length about her career, saying that she became a judge because as a judge, she only had two bosses - the law and her conscience. 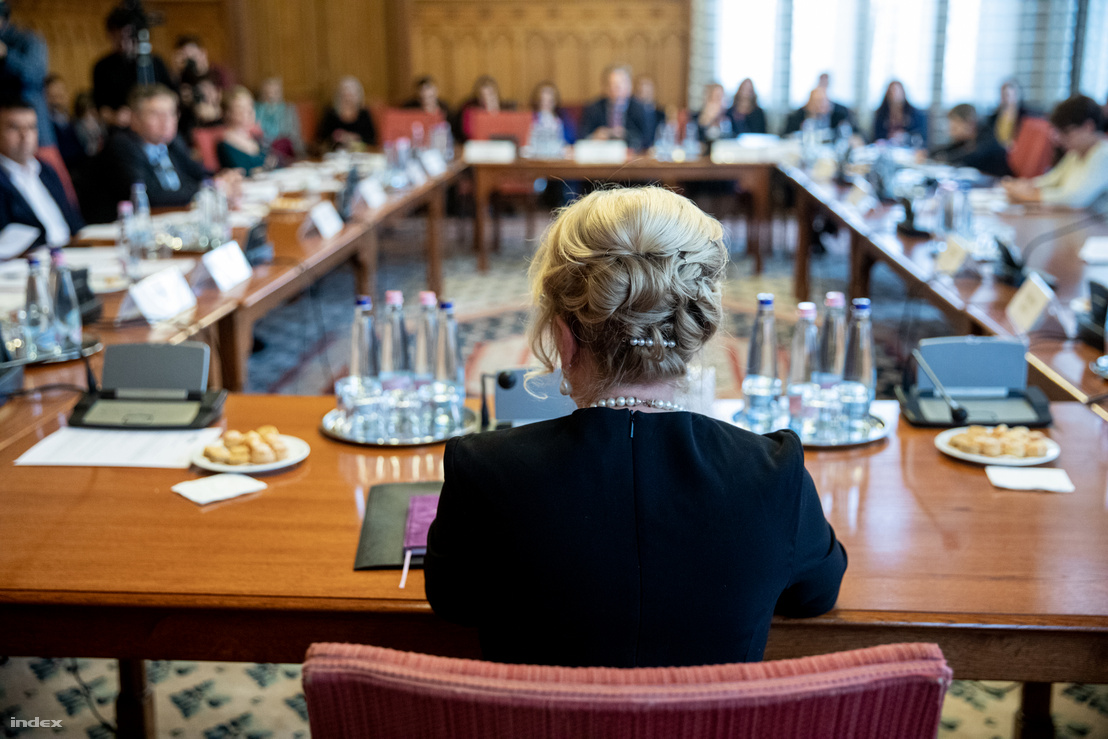 Tünde Handó, the outgoing president of the National Judicial Committee at her hearing before the Parliament's Justice Committee on 29 October 2019.
Fotó: Ajpek Orsi / Index

Handó stressed that Hungarian law has a thousand-year-old history, and after "forty years of legislation and thirty years of looking for our path," it was important for her to reinforce the roots of the judiciary, "to find our way back to our past." She also said that if she becomes a judge on the Constitutional Court, she will give great importance to how much Hungary's Fundamental Law is reflected in judicial practice.

"The relationship between the Constitutional Court and the regular courts should be strong. Comprehension and understanding must get stronger."

Imre Vejkey (Fidesz), the chairman of the Justice Committee thanked Handó for her work and for "sharing her judicial philosophy." Vejkey took Handó into his defence several times when she had to face tougher questions from the opposition, shutting down inquiries concerning the tensions between the National Judicial Committee and the National Judicial Office by saying that the Justice Committee discussed the issue several times. 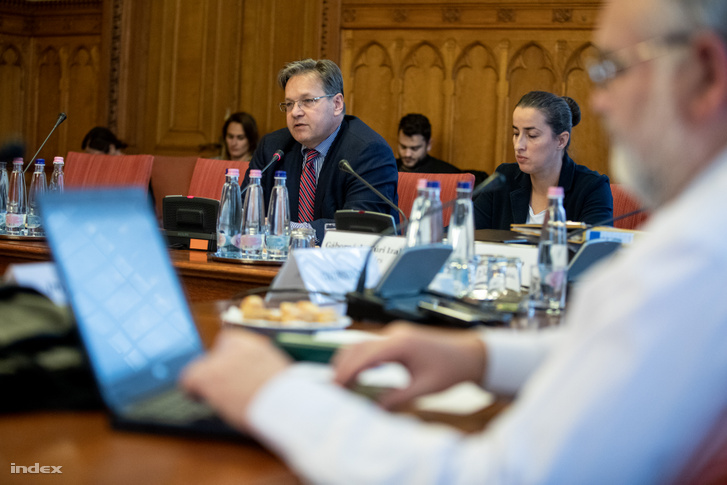 Imre Vejkey (Fidesz), the chairman of the Parliament's Justice Committee at the hearing of Tünde Handó on 29 October 2019.
Fotó: Ajpek Orsi / Index

When asked about Speaker of Parliament László Kövér's (Fidesz) comments about checks and balances (he said they are dumb), Handó said that

the guiding principle of Hungarian legal history had always been the separation of powers instead of the Anglo-Saxon system of checks and balances.

Opposition members of the commission noted that the problem with the outgoing head of the NJO does not only lie in her ideas of constitutionality but also in her prior activity in judicial administration, which makes her nomination substantially questionable. Gergely Arató (DK) remarked that Handó getting a spot on the Constitutional Court that is currently hearing a case initiated by Handó herself about the lawfulness of the National Judicial Council's operation is "a convenient solution, albeit not an elegant one."

The outgoing president of the NJO did not comment on Arató's opinion and, therefore, did not say she would abstain from hearing the case either.

Following the hearing, Handó refused to answer questions from journalists, she only said that she considers the nomination an honour, and left.