The National Judicial Office has a new President The Hungarian Parliament elected György Barna Senyei the new President of the National Judicial Office for a nine-year mandate. Unlike his predecessor, the new president hit a peaceful tone with the National Judicial Council, but woes of the judiciary seem to be far from over as Fidesz passed an omnibus bill limiting their independence just hours before Senyei's election.

As we have reported earlier, Tünde Handó, the controversial former President of the Hungarian Judicial Office (NJO) was elected as a member of the Hungarian Constitutional Court after a last-minute nomination. Handó's tenure at the helm of the top administrative authority of the Hungarian judiciary was characterised by his long battle with the National Judicial Council. By May 2019, this conflict escalated so much that the NJC demanded the Parliament to remove Handó from her office, citing her disregard for the NJC's legality warnings, unlawful reassignments of ordinary judges to different courts, and Handó's practice of appointing temporary leaders to courts after rejecting candidates recommended by competent bodies.  The Hungarian Parliament was quick to dismiss the NJC's complaints, and Handó could remain in office until now.

Her eventual election to the Constitutional Court is a move which some interpret as the government allowing Handó to quietly escape international pressure, as her activities were subject to severe criticism: the  European Association of Judges  said Handó's activity put the Hungarian judiciary in a  "very grievous situation which in some aspects comes close to a constitutional crisis,"  and the President of the  Venice Commission  and a  recommendation  of the European Council expressed similar concerns as well, just like the Council of Europe's anti-corruption organisation GRECO, which said the involvement of the NJO's president in the candidacy process of judicial leaders  "has the potential of introducing discretionary and biased decisions by a single official in the selection process."

Her replacement, György Barna Senyei is a relative unknown. According to the CV attached to his nomination, he has been working as a judge since 1996 and is currently a President of Chamber at the Budapest Court of Appeal, and he also chairs the court's judicial committee. He adjudicated cases pertaining to banking and lending, earlier he worked in bankruptcy and liquidation proceedings. He is also the deputy coordinator of the Hungarian EU law advisory group of judges, held several classes at the National Justice Academy and has an intermediate English proficiency certificate, but has no prior experience in judicial administration.

György Senyei was heard by the National Judicial Committee last Wednesday, and the highest forum of judicial self-governance had accepted his nomination, and Senyei also passed his audition at the Parliament's Justice Committee on Friday.

Last Wednesday, Senyei told the National Judicial Council that he wishes to begin his cooperation with the NJC on a brand new foundation, and he will strive for achieving peace and order in the Hungarian court system.

He also said that he thinks appointments of temporary judicial leaders after deeming candidacy procedures unsuccessful is "something to be avoided in the future," and that even though he lacks experience in judicial administration, his years spent adjudicating will aid him in leading the National Judicial Office in a way that prioritises the interests of working judges, and that he intends to decide about leadership positions in the court system based on judicial experience.

Judging from his words, Senyei's election may seem like a peace offering from Fidesz to the judiciary, but just a few hours before, the governing party's parliamentary supermajority had adopted a 200-page omnibus bill without any prior consultation or impact assessment that had provisions limiting judicial independence buried amongst the amendments of approximately a dozen laws. 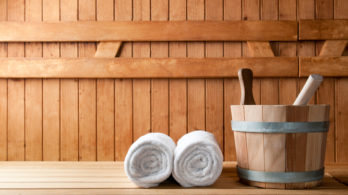