The protests prompted by the Overtime Act and the establishment of the administrative courts overseen by the executive branch are set to continue at 3:00 PM on Sunday afternoon on Heroes' Square, near the main offices of Fidesz.

The Facebook event for Sunday's demonstration shows that 6700 people responded that they will attend and more than 22.000 people are interested in going. The organisers asked people to bring Hungarian and EU flags and to wear white scarfs or hats to show the peaceful intent of the protest.  Opposition parties MSZP, DK and Momentum called their supporters to rally in different points of the city, so they can march to Heroes Square together.

Wishing a Merry Christmas to Orbán

The title of the protest is "Let's wish Merry Christmas to the Prime Minister together," referring to the occurrence that left quite a deep mark in the Hungarian collective unconscious - last year in Parliament Orbán merely answered "Merry Christmas" to an MP's inquiry about the family business ties of the fiercely anti-immigration PM to a Saudi businessman who stayed in Hungary until his death on a residence bond issued by the government despite his extradition being sought by the USA and having been wanted by the Interpol for fraud and racketeering for 25 years.

After handing their letter of objection over to President of the Republic János Áder, the Hungarian Federation of Trade Unions announced that they will also take part in the protest, and there will be similar protests on Sunday in several other Hungarian towns - Győr, Debrecen, Békéscsaba, Szeged, Nagykanizsa, and Eger.

Bertalan Tóth, president of MSZP said that the government has taken away the flexible benefits system from the workers, abolished the state-subsidized housing savings-accounts, and would make workers do 400 hours of overtime with only the hopes of getting paid for it in three years. He said he was happy to see the opposition parties stepping up against this in a united manner, as this week, they agreed to coordinate their efforts from now on. "The obstruction committee seems to have finally formed," he said, and continued saying that MSZP respects the spirit of Christmas, but they wouldn't want Fidesz to drown out the resistance because of the holidays, so MSZP will announce the plans for January before the end of the year. 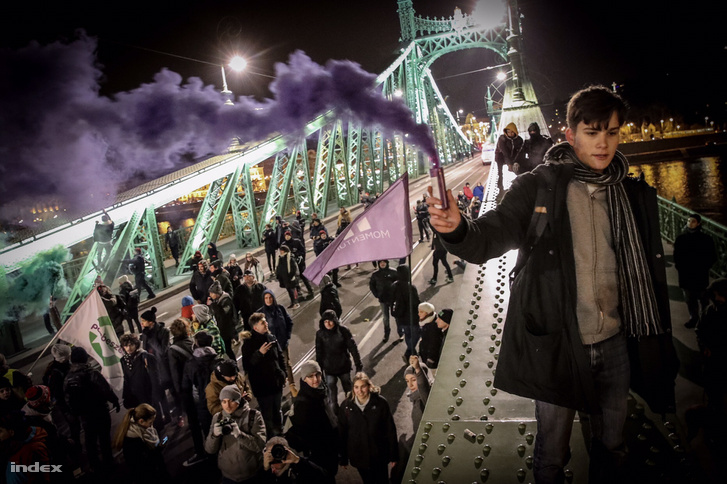 Bence Tordai, who seems to be the most active member of Párbeszéd lately, said at his press conference that opposition parties and trade unions are negotiating about persistent protests until Christmas all over the country and "long-term civil disobedience" in order to stop the Slave Law from going into effect. He said next week's task is to organise the efforts of this resistance to tone down Fidesz's exaggerated power over the country. He urged employers to take a stand by their workers and sign a document stating their intent not to use the opportunity for the 400 hours of overtime. He also called Ministry of Interior Affairs Sándor Pintér to not wait until after Christmas to pay the overtime fees of law enforcement policing the protests. He also said he heard rumours of far-right provocateurs linked to Fidesz set to appear at the protest on Sunday, and urged Pintér to make sure the police prevents them in causing problems and also that the police abstains from the unnecessary use of tear gas. 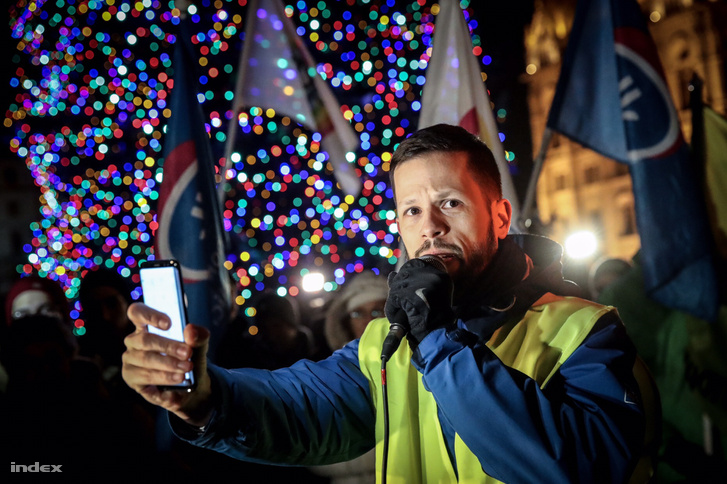 Government spokesperson István Hollik said that the opposition parties' actions concerning the protest are "irresponsible and disgusting," and that the government does not support illegal acts and rejects all forms of street violence.

Our earlier coverage of the Overtime Act, the administrative courts and the earlier protests can be found here: