Independent Hungarian newspaper's covers forced off the streets of Hungary
A 40-year-old tradition ends as oligarch's company terminates contract overnight and replaces HVG's posters with ads of Fidesz-affiliated tabloid.
Fidesz's media empire just became even more centralised
Until now, the only formal link between the almost 500 media outlets operating within t
Defunct Hungarian political daily Magyar Nemzet rebooted as propaganda
On the fourth anniversary of oligarch Lajos Simicska's fight with Viktor Orbán, his former political daily is back - though this time on Orbán's side.
PM Orbán: Power structures of the media will change
Watch what Prime Minister Viktor Orbán had to say at Thursday's press conference with English voiceover.
Orbán exempts new propaganda conglomerate from competition law
Today's government decree qualifies the deal as a "merger of strategic importance at a national level"

At a town hall forum campaign event held by Fidesz on Thursday night in the VIII. district of Budapest, the leader of the parliamentary group of Fidesz, Máté Kocsis pointed out the "real political opponent" of Fidesz: the press.

Kocsis said that due to the unsuccessful decade behind them, the "left-wing and liberal politicians play journalist, while the journalists play politician." As an example, he mentioned that lawmakers Bence Tordai and Szél Bernadett are "conducting interviews" with Fidesz MPs in the Parliament through Facebook Live, while "HVG, Index, and 444 are trying to do politics." He added:

"These days, we can regard them as our political opponents instead of Ágnes Kunhalmi" (politician of MSZP),

arguing that politics and sports are constant war, as they are all about defeating your opponents. The leader of Fidesz's parliamentary group supported his claim by mentioning a fourth news site, 24.hu, the photographer of which took a picture of eight or ten elderly people. Kocsis continued by saying "after this, they unleashed the commenters," and this constituted "doing politics" because they made people believe that "their opponent" is vincible by presenting them as having lower public support. 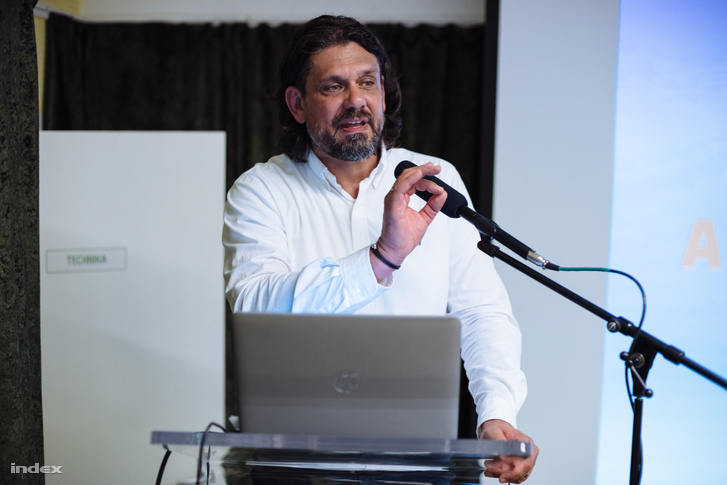 Kocsis spoke at the event after Tamás Deutsch, MEP of Fidesz, held a lecture on immigration, the main stake of the 2019 European election in the interpretation of the Hungarian governing party Fidesz. Deutsch mostly echoed the anti-immigration points introduced earlier by Hungarian Prime Minister Viktor Orbán and finished his oration by telling his audience about the MEPs whom he has met on the corridors of the European Parliament. According to Deutsch, many of these politicians agree with Fidesz on certain topics, but they say:

"YOU KNOW TAMÁS, IF I WERE TO SAY THIS AT HOME, I'D BE MINCED IN THE PUBLIC DISCOURSE."

Deutsch said that he likes a strong public discourse as much as the next person, but

The situation of Hungarian media

To provide some context for these remarks, it is important to note that the four media outlets mentioned by Kocsis are some of the most popular online (and in the case of HVG, online and print) news outlets that still retain a critical voice with regards to government policies, and which do not belong under the umbrella of the giant pro-government media organisation that was assembled last November, publishing more than 450 titles operating within a centralised, unified structure. 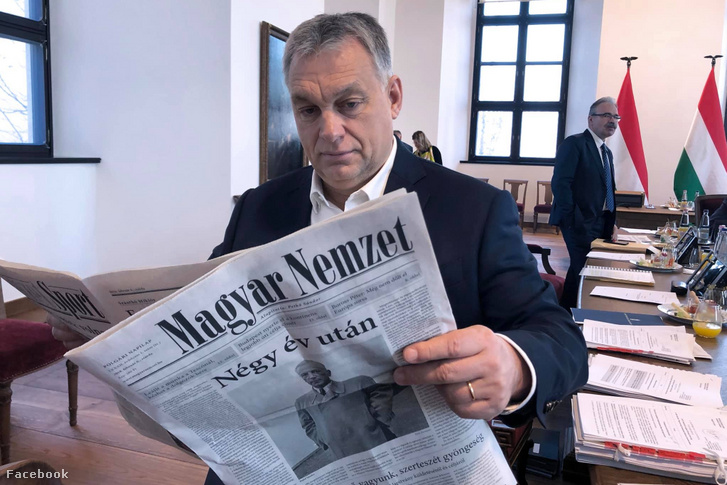 As Viktor Orbán said at his press conference held earlier this year, the "power structures within the media are about to change," and changed they have, although the start of that process long preceded the ominous words of the Prime Minister. Ever since his very public split from the former financial mastermind of Fidesz and owner of the party's friendly media Lajos Simicska, the other businessmen in the orbit of the Hungarian government such as Lőrinc Mészáros, Árpád Habony, and the late Andrew G. Vajna had been busy creating the current media environment accommodating the government's communication needs.

The process involved the hostile takeover and complete political realignment of origo.hu that has since become the flagship of pro-government media, the overnight closure of the largest critical daily Népszabadság, the acquisition of every single regional daily newspaper, and attempts to financially suffocate independent media. Most notably in 2014, when the government tried to introduce a so-called advertisement tax tailored to make independent M-RTL Zrt. pay, while sparing main competitor TV2 that has since become a channel filled with government propaganda (this tax regulation was later overturned). But there are non-regulatory techniques as well: recently, HVG's iconic covers disappeared from the streets of Hungary after the outdoor advertising company recently acquired by Lőrinc Mészáros broke off the 40-year-old advertising contract with HVG citing a "lack of advertising space," that could possibly cause a 10-20% drop in the sales of the paper - HVG's spaces were later occupied by posters of a Fidesz-affiliated tabloid. 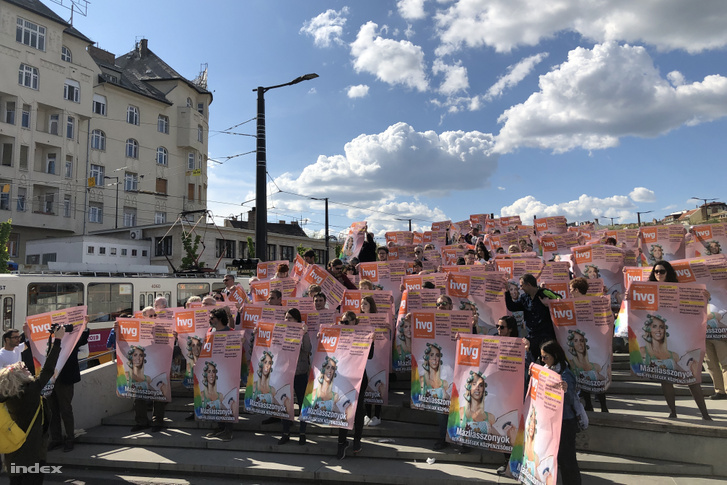 HVG staff members at a flashmob on Széll Kálmán square in Budapest on 18 April 2019, holding the last posters that were printed before Mészáros's company terminated their advertising contract.
Fotó: Biró Marianna / Index

Also, the media outlets acquired by the aforementioned businessmen are not necessarily profitable ventures, but they do receive a significant portion of state advertisements. The latest monthly data (June 2018) available at Átlátszó.hu shows that oftentimes as much as two-thirds of these spendings (including ads promoting services of state-owned businesses too, such as the lottery or utilities) went to Fidesz-affiliated media outlets. That distorts market-based revenues as well, since private advertisers tend to follow the government in their choices. With such a slanted playing field, media companies independent from the government are struggling to survive - three out of the four outlets specifically named by Kocsis sustain themselves by microdonations from their readers.

To be fair, the pro-government media organisation somewhat strangely named "Central European Press and Media Foundation" was built upon donations too, donations from the aforementioned oligarchs who are closely affiliated with Viktor Orbán and Fidesz - meaning that over the course of a tumultuous afternoon, a significant portion of the Hungarian media landscape was simply gifted away to a foundation lead by Gábor Liszkay, a media expert and long-time confidante of Viktor Orbán. A few days after this transaction, in order to prevent the Competition Authority from investigating if the unusually large merger violates competition law, Viktor Orbán signed a decree that deemed the fusion a "merger of strategic importance at a national level," thus exempting it from such procedures. The reason for this, curtly stated in the decree, was "public interest."

As reported by Bruxinfo last week and Politico yesterday, the European Commission could soon be launching a formal investigation to look into state aid complaints regarding the financing of the Hungarian broadcasting system.

This article was based on the original report covering the town hall forum published in Hungarian by Index.