Viktor Orbán: Voting for Manfred Weber would go against morals and democracy After last week's visit by Italy's Matteo Salvini, Viktor Orbán welcomed another European far-right populist to Budapest: This time, the Hungarian Prime Minister sat down with Heinz-Christian Strache, the Vice-Chancellor of Austria and chairman of the Freedom Party of Austria (FPÖ).

FPÖ is the national-conservative coalition partner of Chancellor Sebastian Kurz's Austrian People's Party. Strache is an avid supporter of Viktor Orbán's migration policies - in an interview with Krone.at, he was the first European politician to echo the Hungarian Prime Minister's conspiracy theory about migration "replacing the population of Europe," and generally tends to use rhetorics similar to Orbán - in the same interview he said that they do not wish to become a minority in their own homeland. Strache is a strong proponent of nation states and border protection, opposes the idea of a federal EU, and supports the Hungarian demographic policies, promoting the false dichotomy pitting support for families against immigration.

There was not much official information available beforehand regarding the goal of Monday's meeting, but the fact that Strache's party, FPÖ has already made an official declaration of their intent to join the political group currently being formed by Matteo Salvini, who just visited Viktor Orbán last Friday. The group formed early April includes Salvini's League, the German far-right party Alternativ für Deutschland and right-wing populist parties from Finland, Denmark, and despite being invited to the founding of the political group, Viktor Orbán is yet to say anything definitive - after Salvini and Orbán mutually assured each other of the respect and adoration they have for each other, both politicians stated that the matter of Fidesz joining Salvini's project is to be decided only after the European Elections concluded. 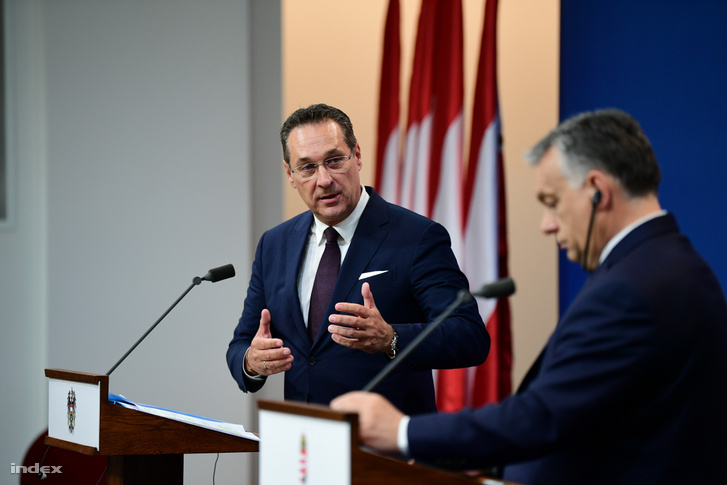 However, the Hungarian governing party's membership in its current EP group, the European People's Party, was suspended after thirteen member parties requested the expulsion of Fidesz, and the party is now under the scrutiny of an evaluation committee that is tasked with determining if Orbán's party is compatible with the fundamental values of the EPP and of Europe. Despite making strong statements promising to focus his party's energies on supporting the campaign of the European People's Party, Orbán has been slowly easing the public into an eventual split from the People's Party - most recently in an interview published on Monday by Austrian paper Kleine Zeitung, Orbán said that there is indeed a risk of a split with the EPP, but he added that this is not something Fidesz would want. According to Orbán, European Christian Democrats are leaning more and more towards the political left, and that could lead to the loss of their values and identity.

Orbán: Weber is unfit to be president

According to Orbán, the meeting was a "friendly conversation about the bilateral relations between Hungary and Austria, that are orderly and successful" where both parties reassured each other about the intention of developing the economic cooperation between the two countries and talked about their concern for the safety of Europe. Orbán said what they see is a Europe divided - though he welcomed the change that took place in Austria with FPŐ becoming a coalition partner to Sebastian Kurz's Austrian People's Party that results in an anti-immigration Austria that supports his border fence. He called this a model European politics should follow: "a centre-right party cooperating with the patriotic right -Why could it not happen in Europe too?" he asked.

Orbán's intention seems to be to open the EPP up to the far-right parties from within, but once again, he did not say anything final with regards to his party's ongoing feud with their European political family, as, for some reason, it would be "disrespectful to voters" to let them know ahead of time which group they would go with (and, in essence, what the voters would vote for), because as Orbán said, Fidesz's opinion is "influenced by the opinion of the voters, and we still have to wait for them to express that," basically repeating what he said at his joint press conference with Matteo Salvini. Once again, despite claiming Fidesz suspended itself (which, to say the least, is open to interpretation) because the EPP is opening towards the "hopelessly pro-migration" political left, mentioning that the pro-migration powers currently have majority in the EPP, later saying that Fidesz cannot stay in an EPP where pro-migration powers are in the majority, Orbán confirmed that Fidesz still has to wait and see if the group turns towards the left or the right, saying:

"Our position is in minority, the question is if it's allowed in the EPP to stay in minority in strategic issues, and if it's allowed to represent that minority position. If the answer is yes, we are staying, but if the EPP is proven to be intolerant, we'll be elsewhere."

Orbán then proceeded to use his joint press conference with FPÖ's chairman to give the EPP's tolerance level thorough testing by misquoting the People's Party's Spitzenkandidat, Manfred Weber who said that he would not accept the presidency of the Commission if votes from Fidesz would be necessary to acquire the position. Orbán, employing his oft-recurring method of confusing his party with the Hungarian nation, said:

"Weber would have been a good option for us as President of the Commission, however, he did not only announce that he has no need for the votes of the Hungarians, but also that he does not want to be the President with their votes.

A Prime Minister of a nation that was insulted like this can have no support for the candidacy of such a person." 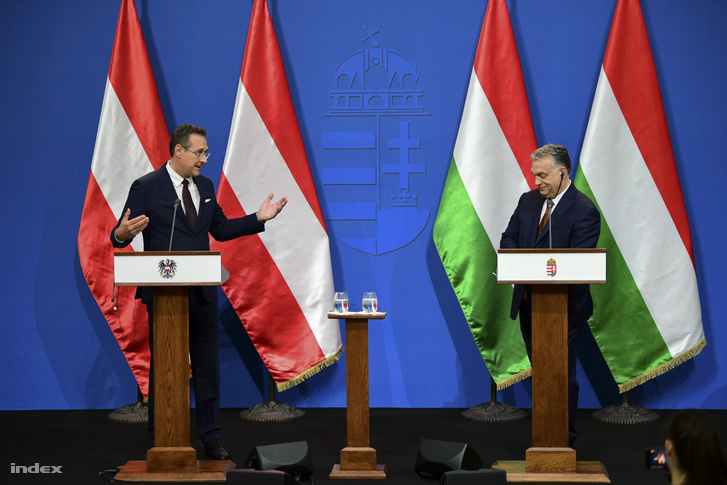 He added that this would be wrong as it would go against the "rules of democracy and morals," saying that Weber, like all other candidates, is "unfit" for the presidency and he would like to see anti-immigration politicians at the helm of Europe's institutions. He added that Fidesz does not forget either those who attack the party, nor those that take a stand by it when it is under attack, and FPÖ standing up for Fidesz when rule-of-law concerns about Hungary were raised in the European Parliament will have a significance in the future relationship of Austria and Hungary.

Orbán also spoke of his plan to create a council consisting of the interior ministers of all member states that would take away the issue of migration and border protection from the Commission. He attributed this idea to former President of France Nicolas Sarkozy and likened it to the council of finance ministers that operates in the Eurozone.

Heinz-Christian Strache welcomed the good neighbourly relations and intense economic cooperation  between the two countries, commending Viktor Orbán for his role in introducing the way of thinking necessary for protecting Europe's borders, adding that protecting Europe from illegal immigration and "sneaking Islamisation" requires a strong alliance.

Strache spoke at length about the "patriotic right" not being the same as the far-right, as they refuse anything tied to fascism, national socialism, and antisemitism, while the left is pushing immigration and multiculturalism forward, saying they are not radicals but the centre-right, they are just shown in the wrong light. 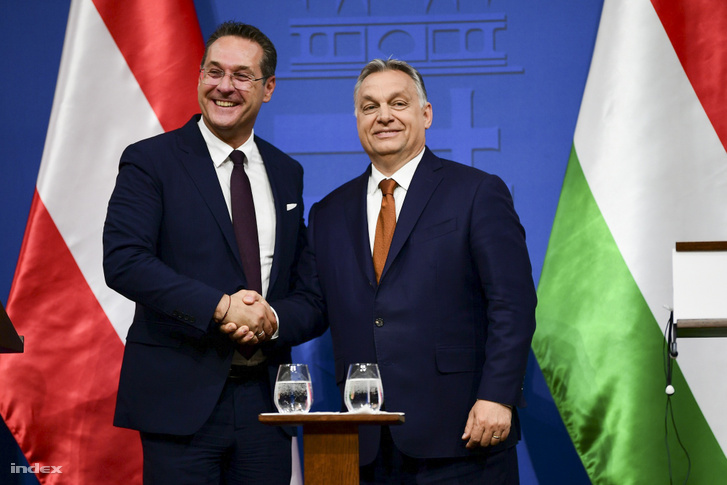 The handshake of Heinz-Christian Strache (l) and Viktor Orbán (r) after their meeting on 6 May 2019.
Fotó: Bődey János / Index

He echoed Viktor Orbán's opinion about the EPP having to open to the right - he said that the Austrian model (the coalition of FPÖ with the Austrian People's Party) is sort of a "best practice" - the leadership of the Austrian People's Party changed shortly before the elections, and that new leadership started picking up issues raised by FPÖ, which lead them to success - Strache said the EPP has to decide whether it turns to the political left or realises that people want change, saying that for the first time in history, the "patriotic parties of Europe are uniting."