As the Hungarian Government's press officer informed state newswire MTI, both leaders are looking forward to their meeting in Budapest on 7 November, and

Erdoğan thanked Viktor Orbán for Hungary taking a stand by Turkey in the international community.

On Tuesday, Viktor Orbán announced that Hungarian Eximbank had opened credit lines for the member states of the Turkic Council - €195 million for cooperation with Turkey, €80 each for cooperation with Kazakhstan, Uzbekistan, and Azerbaijan, and €27 million with regards to Kyrgyzstan, noting that the volume of trade between Hungary and the Turkic member states doubled ever since his rise to power, now amounting to $4 billion.

Orbán said that what Hungary can offer the Turkic Council is a link to Europe and the European Union, adding that his government is still trying to secure the enlargement portfolio in the European Commission - after former Minister of Justice László Trócsányi was rejected for the Commission twice by the EP, it's not entirely sure that new commissioner-nominee Olivér Várhelyi would get the same portfolio of enlargement and relations with the EU's neighbours.

FM: It's either war or 4 million immigrants

Hungarian Minister of Foreign Affairs Péter Szijjártó also met his Turkish counterpart on Tuesday in Baku, and he commented on the situation in north-west Syria:

"The national interest of Hungary is for Turkey to solve the issue of immigration in the direction of Syria instead of Europe."

Szijjártó added that the only thing Hungary should take into consideration with regards to the evaluation of the situation in Syria is the interest of the Hungarian people, and said that Erdogan clearly stated that Turkey is either resettling immigrants in Syria or they will be opening the gates before 4 000 000 immigrants to Europe - Szijjártó added that Hungary's preference is obviously the first option. 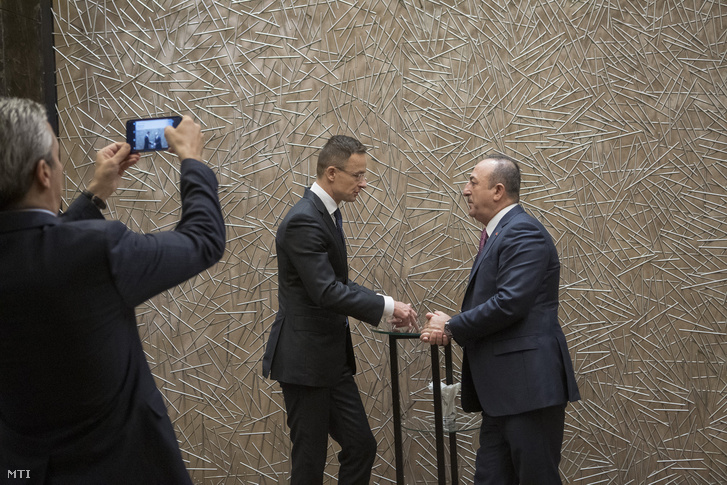 The FM also said that if Turkey creates the 'safe zone' in Syria for resettling refugees, Hungary would gladly cooperate with Turkey. The Foreign Minister considers the US sanctions against Turkey to be a matter between the two countries, but added: "Naturally, we are always worried when the NATO's strongest military power is in some kind of confrontation with the NATO's second strongest military power," Szijjártó also stressed that Hungary's interest is a strong alliance with the fewest internal tensions possible.

The Hungarian position, therefore, seems to be accepting Erdoğan's narrative about the Turkish offensive on Kurdish-inhabited territories, which goes against the EU declaration that was accepted last Wednesday despite the Hungarian party blocking adoption of the initial draft worded before the offensive began until after Turkish troops entered Syria. Speaking to hvg.hu, Szijjártó confirmed the veto last Thursday:

"The veto is not a rumour: We did indeed block the EU declrearation for a while, and we only eventually agreed to it with the condition that it remains a statement of the European Union's High Representative on Foreign Policy and Security."

The declaration adopted by the EU Council's Political and Security Committee on Wednesday evening stated that a "sustainable solution to the Syrian conflict cannot be achieved militarily" and called upon Turkey to cease military action in north-east Syria, warning the country that the offensive could undermine the stability of the area by upsetting the ethnic composition of the population, destroy the progress made against ISIS, and provoke further displacement of refugees.

Later, Federica Mogherini, the EU's High Representative for Foreign Affairs also spoke about the situation at the plenary session of the European Parliament. Mogherini said that the Turkish invasion can open a "new dramatic chapter in the already very dark history of the Syrian war," and a north-east Syrian 'safe zone' would destabilize an already fragile area and it is difficult to imagine how the return of refugees to the area  "could be either safe, voluntary or in any way dignified." Echoing Commission President Jean-Claude Juncker's earlier statement,  Mogherini said there is no way the EU would finance the Turkish plan to settle refugees in north-east Syria, as the "EU  will not provide stabilisation or development assistance in areas where the rights of local populations are ignored, or even worse, violated."

The head of EU foreign policy referred to Turkey's intention to resettle Syrian refugees in a so-called safe zone inhabited mostly by Kurds. According to the 2016 agreement between the EU and Turkey, the European Union provided €6 Euros of financial support to Turkey for hosting four million Syrian refugees. Dimitris Avramopoulos, EU Commissioner for migration, home affairs, and citizenship just promised the continuation of this support last Tuesday.

Hungarian government officials have since then reinforced their position multiple times saying that they expect the Turkish military operation to solve the refugee situation.

Orbán and Erdoğan to meet in November

As it was announced in August, Turkish President Recep Tayyip Erdoğan is going to visit Hungarian Prime Minister Viktor Orbán in Budapest on 7 November. The relationship of Orbán and Erdoğan is famously close: Apart from Orbán being the first European leader to congratulate Erdoğan on his victory at the Turkish presidential election in June 2018, the Turkish head of state and the Hungarian PM held frequent bilateral talks in recent years: they've had meetings at the One Belt One Road summit in Beijing in May 2017, in June 2017 in Ankara, when Orbán said that Hungary takes a stand by Turkey "even when it is uncomfortable", and their most recent encounter was in Budapest last October. 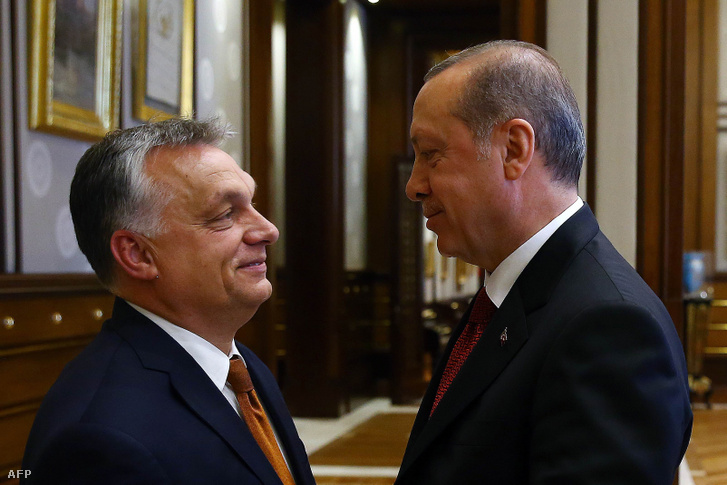 That time, the two leaders agreed about strengthening economic ties between the two countries by encouraging Turkish investment in Hungary, and they also discussed the establishment of a close defence industry cooperation, about which Orbán said:

"HUNGARY'S GOAL IS TO BUILD A MODERN AND EFFECTIVE NATIONAL ARMY, AND IN THAT REGARD, WE ARE EXPECTING TURKEY'S COOPERATION PROFESSIONALLY AND IN TERMS OF THE MILITARY AND ARMAMENTS."