Dull Szabolcs
Translation: Máté Világi
2019.10.11. 10:28
Előzmény (4)
Both Fidesz and the opposition are anxious to see how the leaked audio and video footages that popped up everywhere near the end of the campaign will affect the results of the municipal election. Is this campaign – which was full of unexpected incidents – going to mobilize people or keep them at home? The biggest news is the alliance of the opposition parties, which created real competition to Fidesz in some towns. What are the stakes of this election for Fidesz? Why does the existence of the opposition depend on it? Campaign analysis.

Over the course of the last eighteen months, Hungary saw three nationwide election campaigns, and so far it seems like the current race for the mayoral seats will remain the most memorable. Several techniques were employed during the campaign which were unprecedented, or at least outstandingly rare in Hungarian politics. Let's take a look at them.

The most surprising turn of events, however, which explains the previous points is that

The stakes of this election got seriously high in some towns: the COOPERATION between the opposition parties resulted in single, joint opposition candidates in almost every district of budapest and every larger city, and this increases the chances that they will do better this sunday than at past elections. 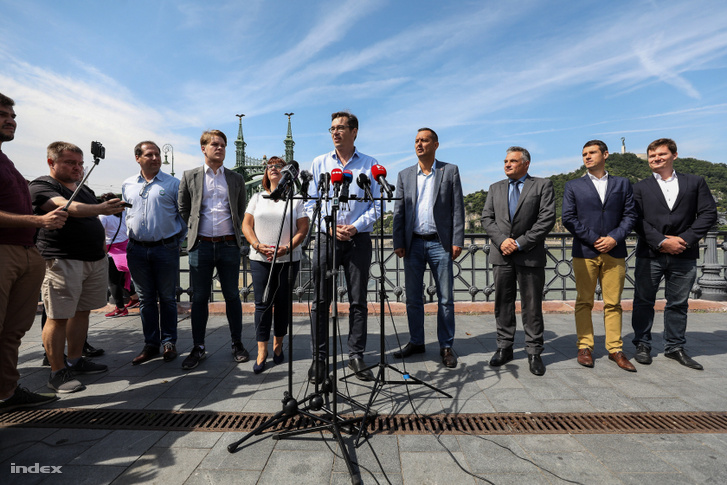 Fidesz could lay back comfortably during the previous elections: Their lead over other parties was enormous, exceeding 30% amongst decided voters, moreover, the opposition parties' infighting ensured their success in most towns and electoral districts as the opposition votes were split. For example, Fidesz was able to win in Miskolc election after election, even though their candidates only received 35-40% of the votes. MSZP and Jobbik could not join forces if their life depended on it, otherwise, they could have gotten 55-60 percent.

Even so, Fidesz did not get overconfident, so they precisely executed their mobilizing campaign, and the map always reliably turned almost completely orange. However, the opposition's alliance poses a serious threat in many areas, creating real competition.

Still, polls show that Fidesz does not need to worry too much about losing too many seats. The approval ratings of district and city mayors are regularly higher than those of their parties, therefore candidates have a chance to win some voters over who would otherwise vote for the opposition at a different election. According to polls, Fidesz could win in traditionally left-leaning districts like the III. (Balázs Bús), IV., (Zsolt Wintermantel), VII. (Zsolt Vattamányi), or the X. (Róbert Kovács), although the members of the council are still up in the air in these places as well. But in most cities with county rights, Fidesz has the best chances of winning the mayoral races and getting the most seats on the city councils. Plus the election map is going to turn orange on Sunday night because Fidesz's dominance can be taken for granted in the county councils (as only towns and cities without county rights vote for these).

Fidesz has also strong chances in the key positions that determine the evaluation of the elections. These are the ones where the most decisions about the distribution of funds take place, the ones with the strongest political power:

So regarding these, the governing party is doing well, but the opposition could still bring some surprises in some areas. Many polls show Karácsony catching up to Tarlós, and the internal polls suggest that the opposition could flip some districts (e.g.: IX, or XVIII.). Apart from the two county capitals where the incumbent is from the opposition, there is a chance for them to take over a couple of other cities with county rights (Miskolc, Szombathely, Pécs, and Dunaújváros are often mentioned as contested battlegrounds). 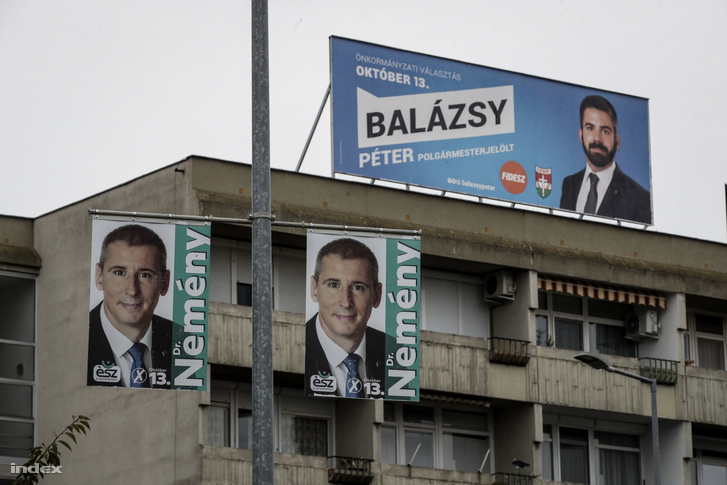 Fidesz knows well: if they lose these positions, for instance, if Karácsony becomes Lord Mayor, or if they lose 5-6 cities or 8-10 districts, their other victories will feel hollow. And it is important whether Fidesz mayors have a Fidesz majority in their councils. A majority in a city council could provide the allied opposition with strength (like in Szombathely, where the flipped council recalled the delegates of Fidesz from the municipal companies, and tailored the budget to the new majority). The biggest battlefields can be identified by looking for the places where Krisztián Berkis (celebrity candidates without any previous interest in politics who would only take a few votes from the opposition) and opposition politicians who suddenly split from their allied parties popped up to divide the opposition voters.

Fidesz focused on two strategies in places like these:

The best example for this is Budapest itself, where Fidelitas put Karácsony, Puzsér and Berki on the same billboard with the slogan “Budapest is not a circus” – as if they were in the same category. At the same time they curbed Tarlós's campaign, the Lord Mayor did not go on a tour, he barely had any public events in the last weeks. Tarlós arguing with Bence Tordai while using a megaphone hurt his image, as most polls show. 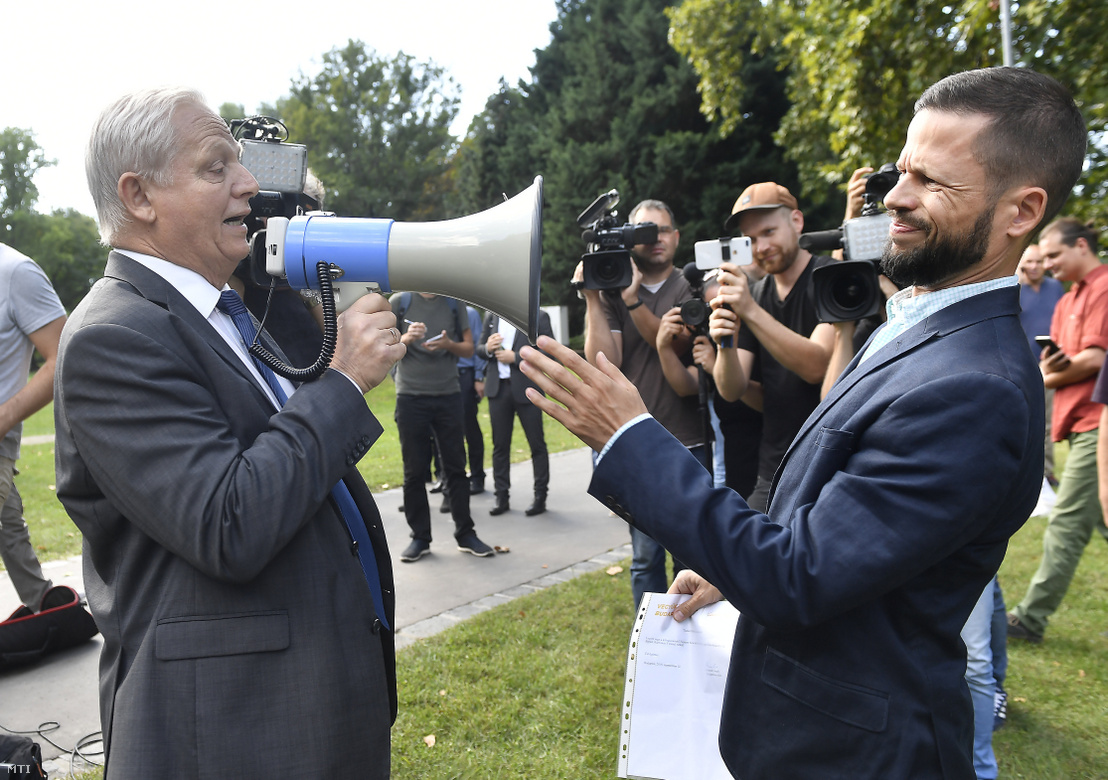 Apart from this, Fidesz also used the tried and proven methods of handing out free potatoes and vouchers, fearmongering against migrants, accusing opposition candidates of wanting to settle migrants in their constituencies, and many politicians of Fidesz alluded how opposition-led areas could expect less funding.

The polls say Tarlós is still in the lead, although it is not clear by how much. Századvég and Nézőpont estimated his lead to be more than ten percentage points, while other institutes' polls show a difference of only a couple of percentage points. These polls did not have time to factor in the effects of the Borkai-tapes, and it is not yet clear if the videos will mobilize or demobilize. Fidesz also needs to pay close attention to how well the cooperation of the opposition works in each town, city, and county.

Opposition: if cooperation does not work, what will?

The beaten, tired, often seemingly burnt-out opposition found itself in a peculiar situation by this summer: the cooperation of every major opposition party became a plausible prospect. It took many years, but with blood, sweat, and tears, they were able to hammer out a deal resulting in joint opposition candidates facing their opponents from Fidesz one-on-one in most key places, like Budapest, its districts, and the cities with county rights. The opposition found common grounds on the streets during the winter's protests against the Overtime Act, but the parties still ran separately at the EP elections – a bit illogically, although considering the strategies of the parties, understandably, but by now, the alliance between opposition parties became a reality.

This is the first test of this construct, so the stakes are high: if they still fail spectacularly, then these parties are over in their current forms, as they have tried everything: running separately, a partial alliance, coordination, joint individual candidates with separate lists - there are simply no more alternatives to throw at Fidesz. 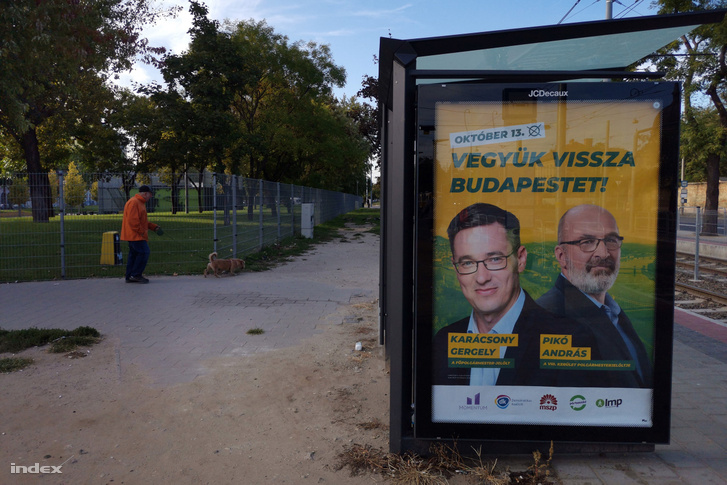 But in this context, what does 'failure' exactly mean for the opposition? The unique thing about the results of the municipal elections is that every side can find data that can make them happy, but we can set up some rudimentary definitions:

But in the long-term, it's not only the victories that count, but also how badly they will get beaten in the places where they lose. Needless to say, losing to Fidesz 55-45 and watching their backs from a 10 percentage point distance are two very different matters. Squabbling parties can be brought together in individual towns not only by success, but also by a narrow loss, as that result can prove that it is easier to fight Fidesz as part of an alliance instead of stepping on each other's toes for years in the city council.

By improving upon their previous results, the opposition can gain strength, but if they fail, we can expect to see finger-pointing, collapsing parties (Jobbik, LMP, but even MSZP-Párbeszéd is in the danger zone), and the opposition's elite and voters falling into deep depression. And it will probably take a few years for a new united opposition to stand up.

All that aside, the opposition campaign did not always make it apparent that these parties are aware that they are fighting for their survival. Their reactions to Tarlós's performance with the megaphone or the sex tapes of Borkai were too little too late, and they were reluctant to make their intended message clear about this election being a referendum about Fidesz.

It is an old adage that elections affect the elections to come, but it is even truer now: Hungarians are not only choosing mayors and local representatives, but they are also determining if the 2022 general elections will have any real stakes whatsoever.